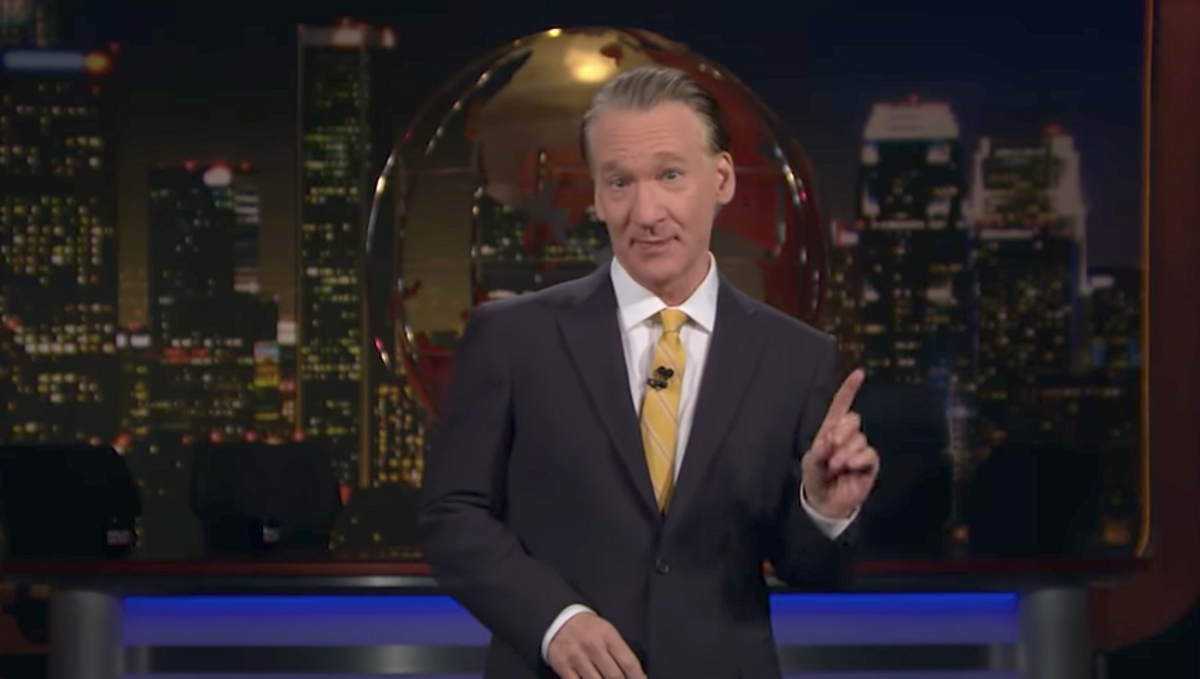 After another week of war with words persisted over the past week between President Donald Trump, and North Korean dictator Kim Jong-un, late-night comedian Bill Maher couldn't help but joke about a news cycle that was filled with terrifying, childish and unfamiliar insults.

During his monologue on Friday's "Real Time" Maher came up with a nicknames for the both of the leaders, which almost sounded like a comic book series. Maher said he liked to call the pair, "Fat Man and Little Boy."

"I love Kim," Maher said as he laughed. "He called Trump a 'dotard,' which is one of those words that people have stopped using, like 'presidential.'"

"It's from Shakespeare," Maher added. "And Mr. President, if you're watching, Shakespeare was a guy a long time ago, he wrote plays."

"Plays are like a movie, but the people are really there," Maher explained for the president.

Last week Trump gave a bombastic speech before the United Nations General Assembly where he threatened to "totally destroy" the entire country of North Korea.

Just days later the North Korean dictator called Trump a "mentally deranged U.S. dotard" which is a derogatory term for an older person that has become senile, or useless.

After the insult "dotard" was used by North Korea's Kim, the internet went into a frenzy about what he meant. Merriam-Webster tweeted that searches for the term were "high as a kite."

But according to Maher, "North Korea is not the country that is on Trump's mind."

He added that the real country Trump is preoccupied with is Russia.