Bill Maher explains why Trump doesn't get along with Republican leadership

Maher used a children's book to point out why America has become so divided, and says Trump is a "city mouse" 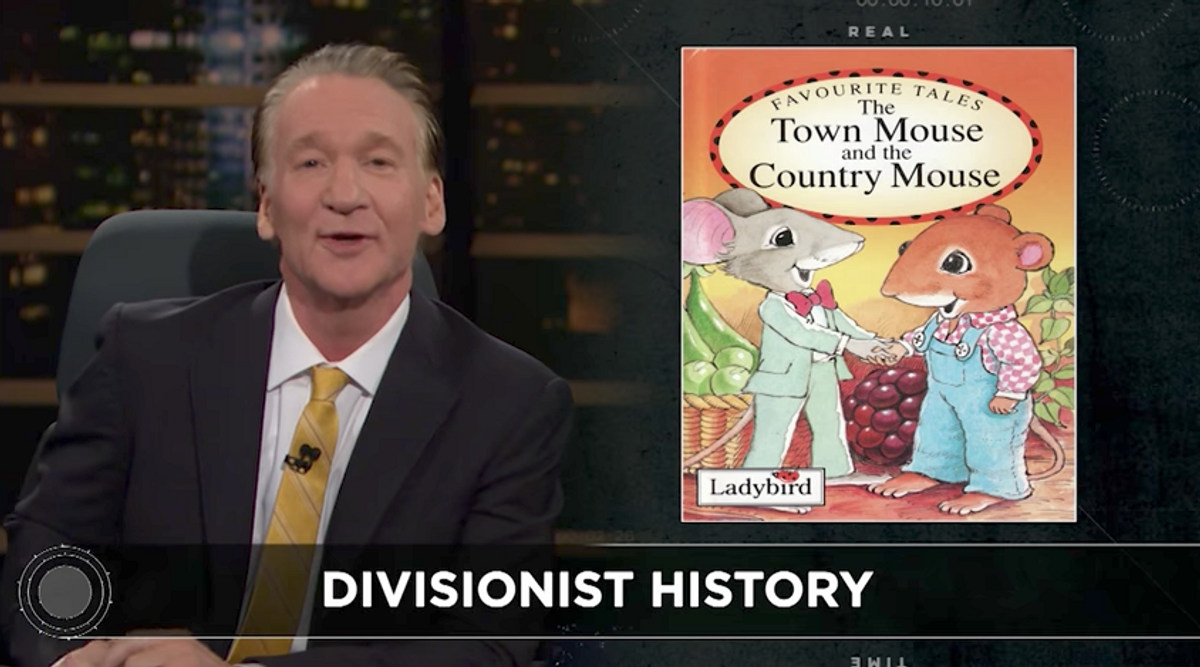 Bill Maher explained on "Real Time" Friday night that President Donald Trump has been able to make deals recently with top Democratic leaders because he's not actually all that different from them.

He described every state as looking the same, "a sea of red with a few blue dots."

"Something happens to you when you live in a city," Maher said.

"You get mugged," he joked. "But you also have a multicultural experience."

"Cities are places with diversity, and theatre and museums and other gay stuff," the late-night comedian joked.

"Republicans are freaking out lately," Maher explained. He said that's because Trump is "pivoting" from his own party's leaders, House Speaker Paul Ryan R-Wisc., and Senate Majority Leader Mitch McConnell R-Ky., to those across the aisle such as, Senate Majority Leader Chuck Schumer D-N.Y. and Nancy Pelosi D-Calif.

"Colluding with Russia, fine," Maher said of Republicans' attitude. "But Democrats?" he asked, shaking his head in disapproval.

Maher said that Schumer and Pelosi are "city mice and that's who a consummate New Yorker like Donald Trump relates to."

The president's disillusionment with McConnel and Ryan is "not really political" according to Maher. "It’s just that for the first 70 years of his life he would never be caught dead hanging around with a traveling Bible salesman like Paul Ryan or a corny, countrified-goober like Mitch McConnell."

"Trump voters were played for rubes by the ultimate fast-talking city-slicker," Maher said.