How is technology expanding what we know about animals? 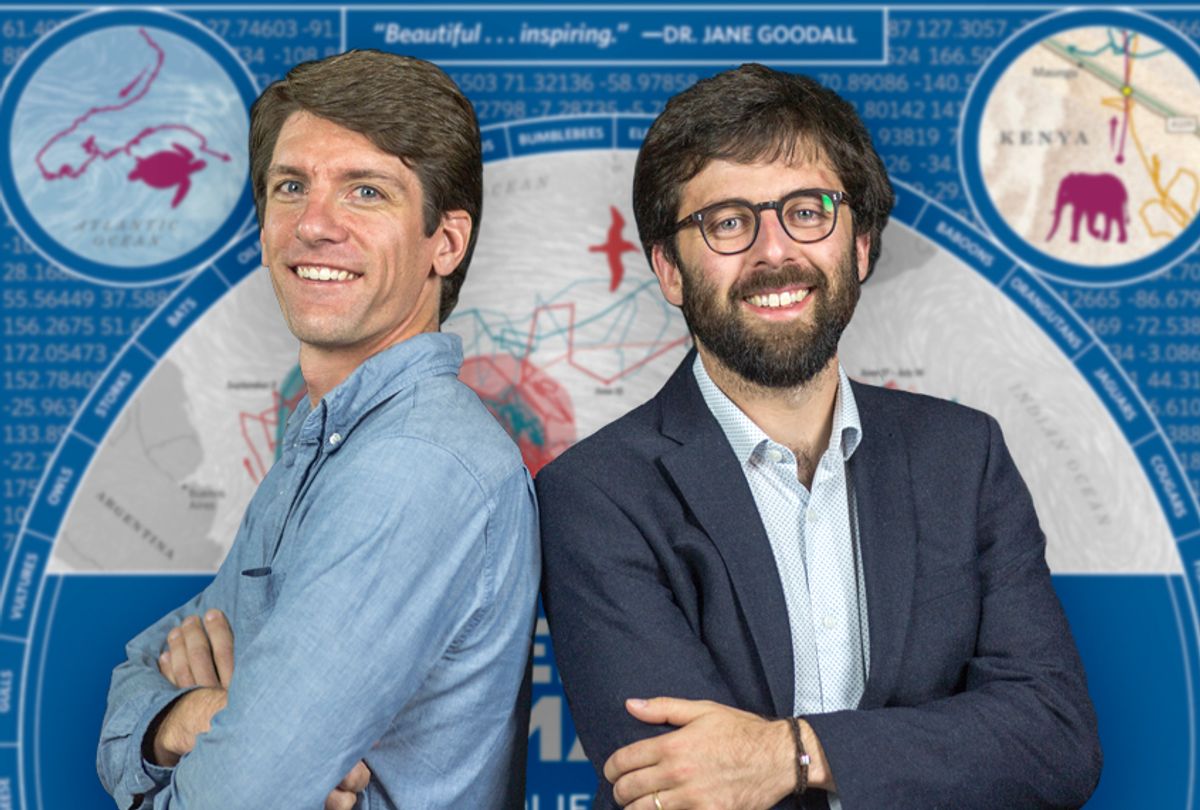 "Our new book 'Where the Animals Go' aims to connect more people to more individual animals," Oliver Uberti, co-author of "Where the Animals Go: Tracking Wildlife with Technology in 50 Maps and Graphics" told Salon's Mary Elizabeth Williams on "Salon Talks."

The new book, co-authored by James Cheshire, uses stunning visuals and data-driven research, tracks the behavior of animals, and in turn, how these animals navigate the world. Inseparable from the stories of various animals of air, sea and land featured in the book is the way animals correlate with our lives and the life of the planet.

"Where the Animals Go" documents and advances the findings of biology professor and ornithologist Henry Streby, who in 2014 investigated golden-winged warblers that flew south. Uberti explains the story behind "a series of maps of five small neo-tropical songbirds, these golden-winged warblers that had arrived back in Tennessee in their nesting grounds in the spring," he said. "Shortly after they arrived, according to the data, they got up and left and went down to the Gulf of Mexico."

Uberti said Streby investigated why the birds left their nesting ground in Tennessee, a place they usually stay for the entirety of the summer. He said Streby "looked and compared it to weather data and their own experiences on the ground, and remembered huge tornadoes and storms had come through."

"Now these aren't birds that just got up and left a couple hours before the storm, say because they sensed a drop in barometric pressure," Uberti added. "They left two days before the storm arrived. Birds can hear ultrasounds, so it's evidence that they probably heard the tornadoes coming."