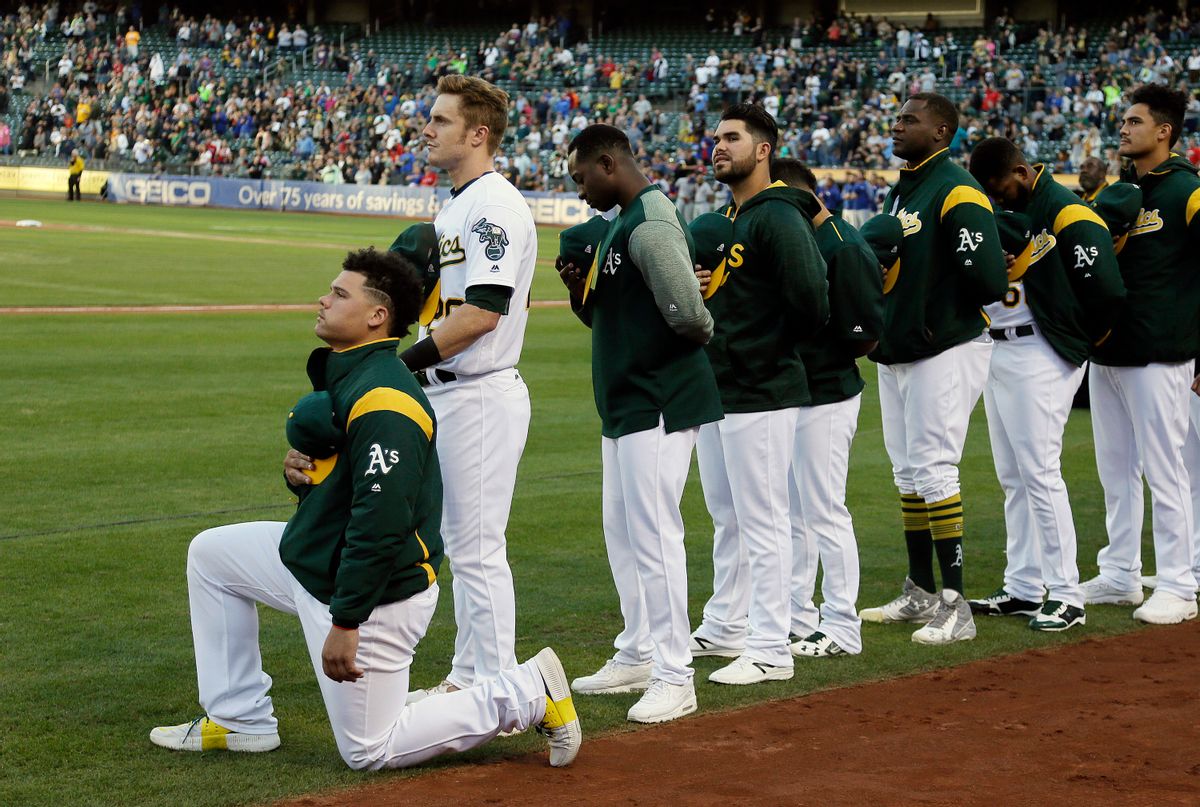 Two American pastimes — protest and baseball — joined forces on Saturday when Oakland A's catcher Bruce Maxwell took a knee during the pre-game national anthem of a MLB game. It was the first sign of protest in baseball since then-49ers quarterback Colin Kaepernick introduced it to the NFL last year.

Maxwell, an African-Amiercan from Alabama, ensured that MLB would not go a full season without a demonstration. The son of an Army veteran, Maxwell said he took a knee Saturday to exercise his rights as an American and to provide a voice for the voiceless.

A’s Bruce Maxwell just took a knee during anthem. He is the first in #MLB to do it. @sfchronicle @SFGate #baseball #Oakland #athletics pic.twitter.com/xJMeAskC4z

After the game, he explained further why he brought protesting to baseball:

The point of my kneeling is not to disrespect our military. It's not to disrespect our constitution. It's not to disrespect our country. My hand was over my heart because I love this country. I've had plenty of family members, including my father, that have bled for this country, that continue to serve for this country. At the end of the day, this is the best country on the planet. My hand over my heart symbolized the fact that I am and will forever be an American citizen, and I'm ore than forever grateful for being here. But my kneeling is what is getting the attention, because I'm kneeling for the people that don't have a voice. This goes beyond the black community. This goes beyond the Hispanic community. Because right now we're having a racial divide in all types of people. It's being practices from the highest power that we have in this country, and he's basically saying that it's O.K. to treat people differently. My kneeling, the way I did it, was to symbolize the fact that I'm kneeling for a cause, but I'm in no way or form disrespecting my country or my flag.

"The Oakland A's pride ourselves on being inclusive. We respect and support all of our players' constitutional rights and freedom of expression."