Natural disasters may hasten the spread of flesh-eating fungus

In the wake of natural disasters like the recent hurricanes and the Mexico City earthquake, more devastation 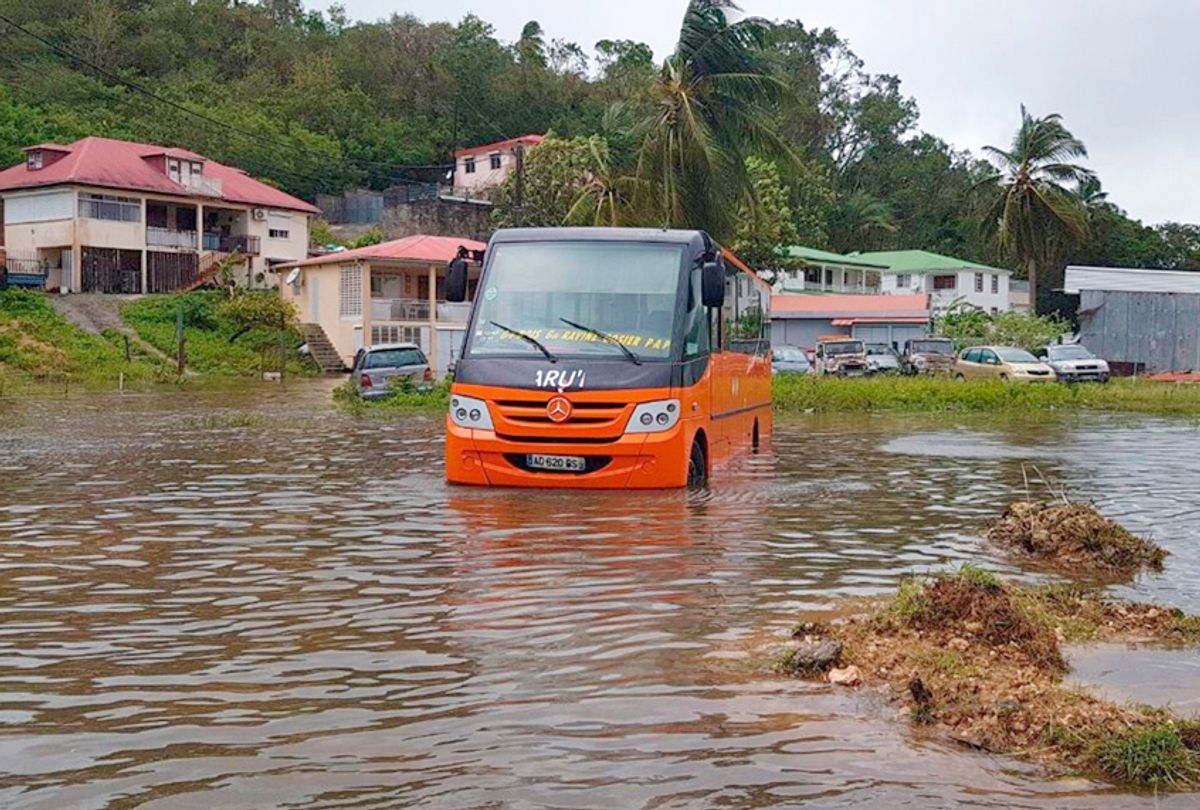 As residents recover from the devastation of Hurricanes Harvey, Irma, and now Maria, there’s an emergent danger most probably haven’t considered: a little-known flesh-eating fungus linked to natural disasters, including the Joplin tornado.

The disease, mucormycosis, is listed by the Infectious Diseases Society of America as one of the possible hazards from Hurricane Harvey.

Luis Ostrosky-Zeichner, a professor of infectious diseases at the University of Texas Medical School in Houston, said people with wounds exposed to floodwaters could get mucormycosis. People with weakened immune systems are particularly at risk and could also get the disease from inhaled mold spores.

“People are still cleaning up, and there’s a lot of mold,” Ostrosky-Zeichner said. “Patients with compromised immune systems should probably not be participating in cleaning and remediation activity.”

Some experts consider mucormycosis an emerging disease that could become more common with climate change. The first documented cases of the disease after a disaster was in 1985 after a volcanic eruption in Colombia. People also were sickened with mucormycosis after the 2004 Indian Ocean tsunami.

Mucormycosis is named after the group of molds, mucormycetes, that cause the disease. It is often misdiagnosed because it is so rare. A 2012 study found only about 1,500 documented cases worldwide. Another study estimated an annual rate of about 1.7 cases in a million.

Once inside the body, the fungus can spread through the bloodstream, causing everything from sinus pain and fever to black pus drainage from eyes.

“It enters the capillary system and just takes off, branching out and growing really fast,” said David Engelthaler, who studied the DNA of the fungus. “It ends up blocking off the blood flow to the tissue. That causes the necrosis. It kills off large areas of tissue.”

Mortality rates range from about 46 percent to 96 percent depending on the health of the patient, the type of fungus and what part of the body the fungus is attacking. A person’s chances of survival hinge on treatment with antifungal medication, often amphotericin B,  and cutting away the flesh infected by the fungus.

Healthy people normally aren’t at risk for mucormycosis, although it is found in people with weakened immune systems, including those with uncontrolled diabetes or people who have undergone stem cell transplants.

"These disasters put us at risk for exposure to organisms that are around us, but don't normally cause disease," Engelthaler said. "There's clearly an entire world out there that we're not seeing on a regular basis. It takes a severe event like this tornado for us to come face to face with some of the more dangerous pathogens out there."

In Joplin, Missouri, 13 people in the heart of the path of the 2011 tornado were sickened with mucormycosis. Five  died.

Leola Hardin, 76, was found by a neighbor in the rubble of the Joplin home where she and her husband raised three children. She suffered a fractured left knee and a broken left arm, and had been impaled in the stomach. Hardin initially seemed to be recovering before doctors found a fungal infection growing in a wound on her head.

Hardin underwent multiple surgeries to cut away the fungus and received intravenous medicine, but died June 8, 2011, 17 days after the tornado.

Nichole Pearish, 23, of Joplin died on June 4, 2011, at the University of Missouri hospital. Her right arm was amputated in an attempt to save her, but the fungal infection had already spread to her chest cavity.

“They really didn’t know what they were dealing with,” her father, Steve Pearish, told the Springfield (Mo.) News-Leader in 2012.

One of the survivors suffered a deep wound to the upper right chest and later underwent surgery to install a titanium rib cage because the fungus destroyed skin and bones.

The Centers for Disease Control and Prevention sent a team of epidemiologists to Joplin to study the cluster of infections.

A 2012 study published in the New England Journal of Medicine said antifungal medicine that is not effective against mucormycosis was initially used in six of the patients. Three of those patients died.

At the time of the Joplin tornado, only two medicines, amphotericin B and posaconazole, were commonly used against mucormycosis. The Food and Drug Administration has since approved isavuconazonium sulfate, marketed as Cresemba.

“Those few days may have been important,” Benjamin Park of the CDC told the News-Leader.

Missouri state medical officials helped compound the confusion in responding to the disease because they delayed putting out a health advisory.

Some mucormycosis patients were treated in Greene County in Missouri, which asked the state to warn health care providers to watch for fungal infections. The state didn’t put out a health advisory until June 10, 2011, the same day an article about the disease appeared in the New York Times.

At the time of the outbreak, Missouri’s acting state epidemiologist, George Turabelidze, and Philip Yi-Chin Lo, then an epidemic intelligence service officer for Missouri, were at a Pittsburgh conference for public health epidemiologists to discuss best practices.

Lo wrote in an email, later published in the News-Leader, that he had talked to a doctor from one of the Springfield hospitals.

“He said his trauma colleague was going to tell other hospitals and even the media, but he wanted to let the health department know first,” Lo wrote. “He agreed with me that it’s not beneficial to panic the public without getting correct info first.”