In "Half the Big Sky," a documentary selection for Salon Films, women bond through protesting Trump 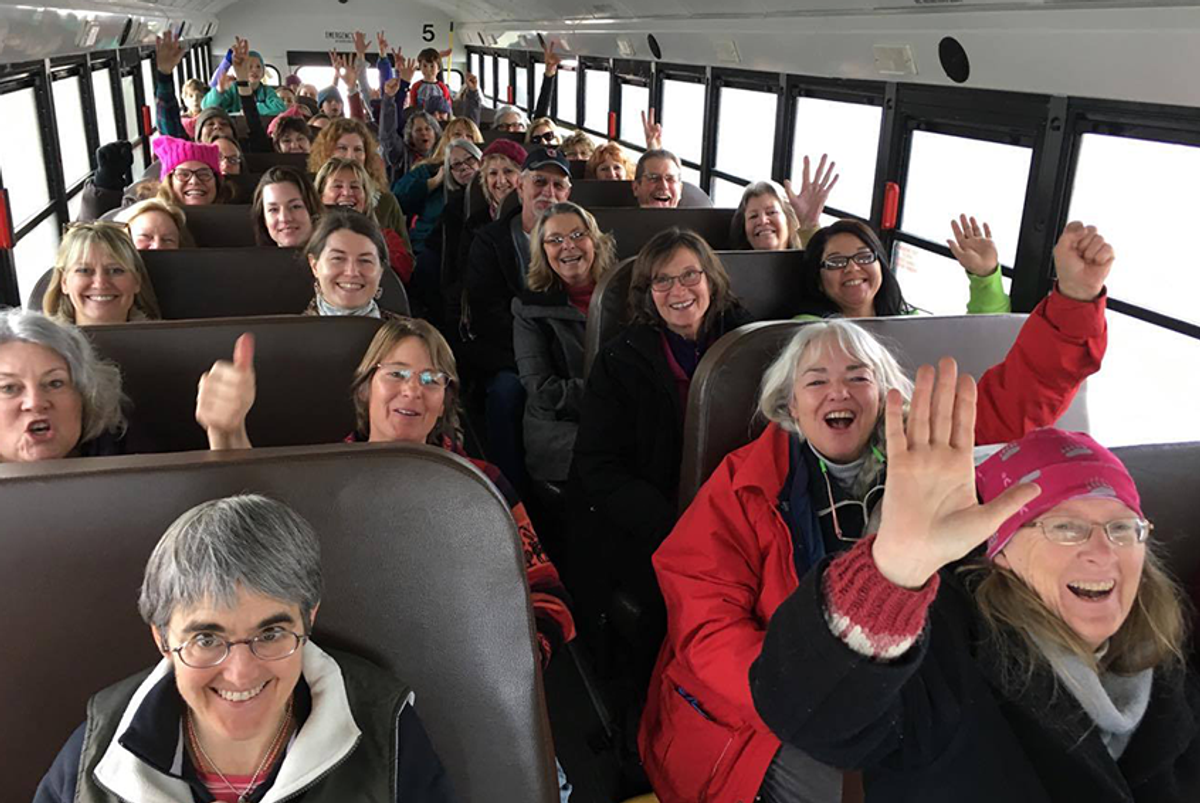 After the election of President Donald Trump, grassroots resistance movements were assembled across the country, even in red states. In Montana, where Trump won over 56 percent of the vote, a group of women from across the state began building their own anti-Trump coalition immediately after the election.

Filmmaker Brad Rothschild followed the women’s journey, from initial post-election shock, to facing hard truths like the existence of racism in their communities, to organizing for change, in a documentary he directed and produced: “Half the Big Sky.”

Rothschild spoke with Salon about the film.

What drew you to telling a post-election story centered on women in Montana?

I had heard about the special congressional election that was going to be held in Montana in May and was put in touch with Robbie Gammack, who is featured in the film. Robbie and I talked a few times about the increased political activism around Montana following Trump's election and we were trying to figure out if there was a story there aside from the congressional election. One day, Robbie called me and said, "I've got it. The story is about the women activists here." I immediately realized that she was right and booked a ticket to Montana.

What was your creative approach with this particular story?

I knew that I wanted Robbie Gammack to serve as the tour guide on the journey through Montana, so we put the camera on her and had her take us around the state. Also, since Judy Fjell is a singer as well as an activist, her music became an important part of this piece. As the story unfolded, I recognized how important social media, particularly Facebook, have been in helping people organize their political activity; so we used Facebook as a storytelling device as we edited the film.

Montana becomes a character in your film as the camera follows the female activists around the state. What did you hope to show the world about the state through this story?

I really wanted to dispel people's preconceived notions about "red" and "blue" states. Montana went overwhelmingly for Trump, but the state's governor is a Democrat as is one of its senators. As a New Yorker, it's easy to dismiss wide swaths of the country as hopelessly lost for progressive candidates, but what I hope people see is that there is resistance to this administration all over the country. I feel more of a kinship with the people in this film then I do with New Yorkers who voted for Trump.

What was your ultimate goal with directing a film about grassroots organizing?

I remember waking up the day after the 2016 elections and thinking that there's no one who is going to save us and that we're going to have save ourselves. Ultimately, I want people who see this film to understand that if they don't like what's going on around them, they have the power to change things, just like the people in the film.

We’re coming up on the one-year anniversary of the 2016 election. When you look back on “Half the Big Sky” now, do you see the film differently than you did while making it?

There was a flurry of activity in the immediate aftermath of the election and especially right after the inauguration; at the time, I was energized by it all, but at the same time was worried that people would lose interest if change didn't come quickly enough. Since completing the film, I've stayed in contact with a few of the people featured in it and I know that they're continuing to fight against the forces of intolerance and hate that last year's election unleashed. This gives me great hope.