Trump's Alabama tirade may have backfired for now, but don't forget it's exactly what his followers want to hear 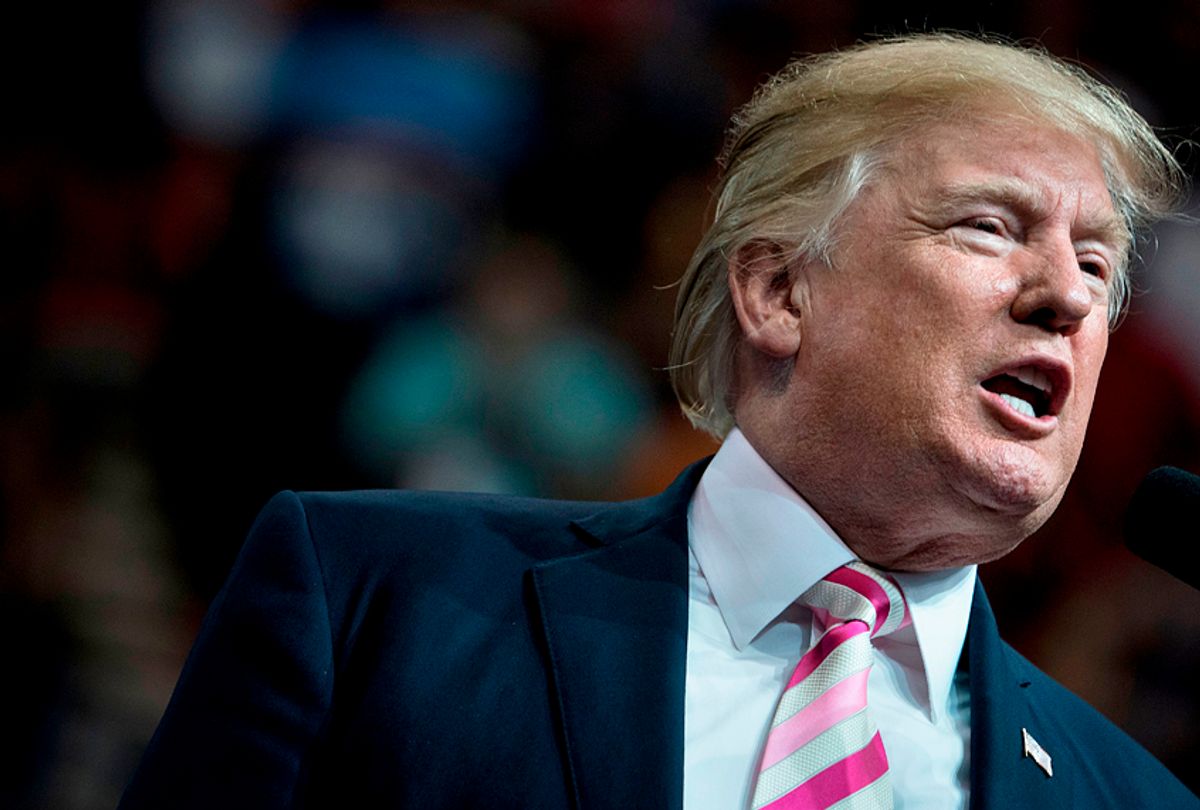 Donald Trump is feeling the pressure from the Russia scandal. In such moments, Trump seeks adoration and approval from his fans. The demonic clown Pennywise, in the new movie "It," draws power from fear. Trump is energized by the cheers from his "human deplorables" at his campaign-style political rallies.

To that end, Trump gave a speech on Friday in Alabama. He rambled along in typical fashion, delivering his greatest hits of lies and threats. Trump also engaged in macho braggadocio and male-ape posturing in the form of nuclear brinksmanship directed at North Korea. But Trump added a new dimension to his stagecraft. He suggested to his overwhelmingly white crowd that if an African-American NFL player kneels during the national anthem, in protest against racism and social injustice, he's a "son of a bitch." Such players, Trump continued are behaving with "total disrespect of our heritage, a total disrespect of everything that we stand for."

Trump's crudeness should not be a surprise: This is a man who has bragged about grabbing unsuspecting women by their genitals, discussed bodily fluids during the 2016 presidential campaign and continually implies that he has a large penis. But one cannot help but notice that he displays more rage toward black men who dare to exercise their First Amendment rights than he does towards neo-Nazis and white supremacists who maim and kill innocent Americans.

Because he is a malignant narcissist, Donald Trump gets angry when he does not receive constant praise. But Trump (and by extension his voters) has a special anger towards black people who are "disrespectful" and "do not know their place." This is, of course, an old attitude among white racists: a deep disdain for "uppity" black people.

This particular episode may have backfired on Trump, as anthem protests spread throughout the NFL on Sunday, encompassing many players, coaches and even team owners, not all of them black. But Trump's comments in Alabama are part of a larger pattern. After all, he was the leading voice in the "birther" movement which claimed that Barack Obama was a usurper who had been born in another country and was therefore not fit to lead the country. Trump also demanded to see Obama's college transcript and other records. For Trump -- and too many other white folks -- it still seems impossible that a black person could be highly accomplished on his or her own merits.

Donald Trump and his spokespeople threatened sports journalist Jemele Hill because she dared to say that he is a white supremacist. By comparison, Trump was silent when Miss America contestant Margana Wood, who is white, criticized his response to the white supremacist terrorism in Charlottesville.

Trump lashed out at Golden State Warriors star Stephen Curry for declining an invitation to the White House, saying on Twitter that "Going to the White House is considered a great honor for a championship team. Stephen Curry is hesitating, therefore invitation is withdrawn!" There are white NFL players and other athletes who have declined to meet with Donald Trump. He shows no such public hostility towards them.

Donald Trump incited violence against Black Lives Matter protesters at his rallies, describing them as "thugs" and "bad dudes."

These individual acts of disrespect, taken together, are a collective slap in the face of Black America, delivered by Donald Trump and his supporters.

Alabama was a perfect location for Donald Trump's broadside against black athletes (and others) who dare to exercise their First Amendment rights.

During the years of Jim and Jane Crow, the state of Alabama was a fortress of white supremacy. At least 361 black Americans were lynched there during those years. Like other Jim Crow states, it had both formal and informal laws that attempted to enforce black deference to white authority. For example, laws and informal norms dictated that black people should get off of the sidewalk and stand in the street to let white people pass by. Under threat of lynching, black men were never to make eye contact with white women. Black people were never to demand fair pay for their labor. This too was viewed as "disrespectful" and could result in lethal violence. Segregation was also an act of economic violence, because black people paid taxes to support public services they did not receive.

Birmingham was known by civil rights freedom fighters and others as "Bombingham" because of white supremacist violence against black Americans. Alabama's longtime governor, George Wallace, and Birmingham's notorious commissioner of public safety, Eugene “Bull” Connor, were violent white supremacists. "Bloody Selma" saw massive white violence against an interracial group of civil rights freedom fighters who dared to march for equal human rights. The Montgomery bus boycott in Alabama's capital city was one of the most important victories in the black freedom struggle, and proved crucial for bringing down American apartheid.

Donald Trump's hostility and racism towards black and brown people is not an accident or coincidence. Racism is a central part of his political strategy. Trump practices racial authoritarianism against non-whites because his voters respond positively to it.

As repeatedly demonstrated by public opinion and other research, Donald Trump's voters -- and other white Republicans -- hold far more racist views than Democrats do. Trump's supporters are also more likely to think that white people are the "real victims" of racism in America. Moreover, they are much more anxious about a perception that they are losing their "superior place" in American society to black and brown people.

Other research has shown that anti-black animus is so profound among Republican voters that the mere act of showing them an image of a black person negatively impacts their support for a given political issue. By comparison, when shown an image of a white person they are much more likely to support the same issue.

After his most recent performance in Alabama, the question is again, not whether Donald Trump is a racist, but rather in how many ways is he one. The unavoidable fact is that Trump is no outlier or aberration. Tens of millions of white Americans agree with him. Once more, the narrative that America is a post-racial society is shown to be a lie. Donald Trump may be president of the United States, but he is most certainly not a president for all the people.