The president, completely powerless to stop protests, can do nothing but scream on Twitter 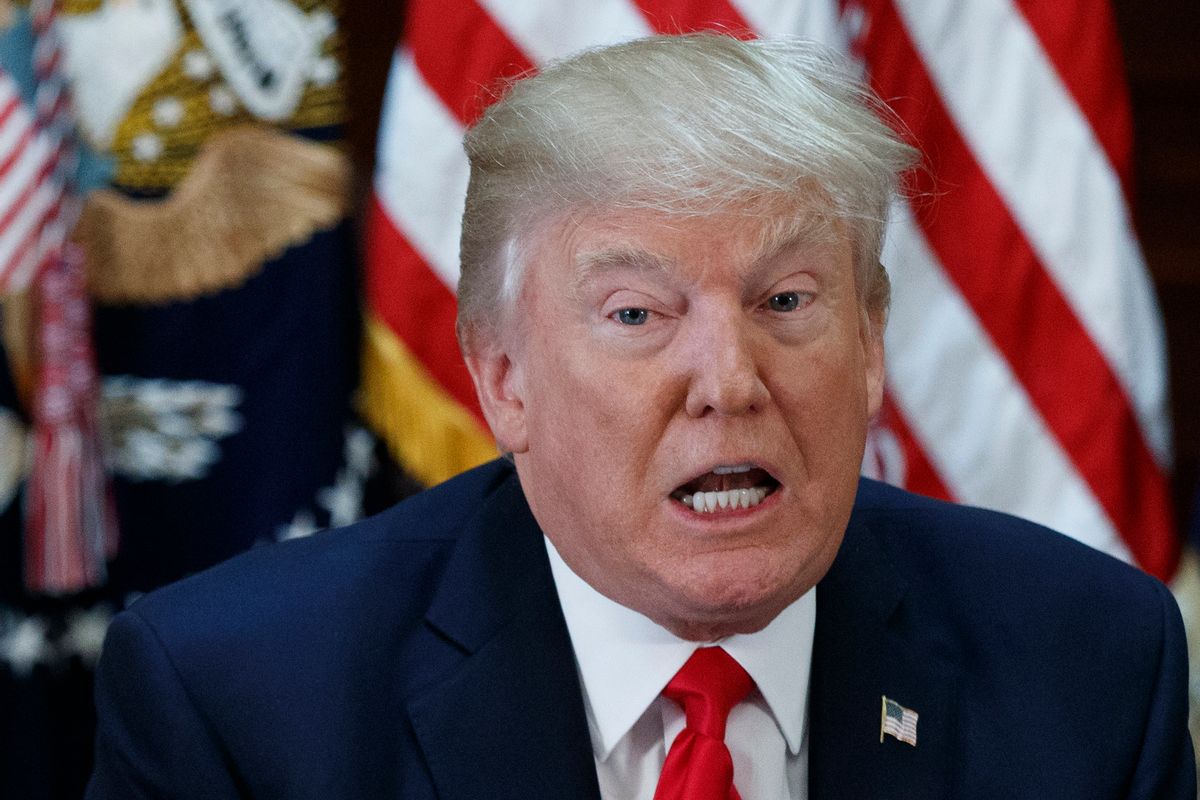 On Sunday, as the sports world rebuked him in massive numbers, President Donald Trump used the bully pulpit to craft a rant targeted at a protest that seems to have worked better than expected.

It started on Sunday, when the president proposed fining and suspending players for their protest, which, as of Monday morning, hasn't happened yet.

If NFL fans refuse to go to games until players stop disrespecting our Flag & Country, you will see change take place fast. Fire or suspend!

Trump continued, saying that protests are the main problem facing the league.

...NFL attendance and ratings are WAY DOWN. Boring games yes, but many stay away because they love our country. League should back U.S.

Great solidarity for our National Anthem and for our Country. Standing with locked arms is good, kneeling is not acceptable. Bad ratings!

Courageous Patriots have fought and died for our great American Flag --- we MUST honor and respect it! MAKE AMERICA GREAT AGAIN!

Sports fans should never condone players that do not stand proud for their National Anthem or their Country. NFL should change policy!

Trump also went deep into Twitter, searching for people sympathetic to his point of view, for retweets.

I wonder what this BRAVE American would give to stand on his OWN two legs just ONCE MORE for our #Anthem? #MAGA #NFL pic.twitter.com/3AVqnAlu3F

You can boycott our anthem

WE CAN BOYCOTT YOU! #NFL #MAGA pic.twitter.com/ryYzZnXjXE

The president seemed triggered by the blowback from sports stars and celebrities who criticized him. Last week, Golden State Warriors star Stephen Curry said that he would not be visiting the White House. That clearly bothered Trump, who was upset by the rebuke, which he demonstrated Saturday.

Twitter users were quick to point out that Trump was really angry at these protesters — more than, say, at white supremacists.

Trump is more fixated on this issue than he was about KKK violence and the devastating hurricanes.

Trump taking yet another leaf out of 20th century dictators' handbook. Use a national sport to promote blind nationalism and attack 'rebels' https://t.co/UkFUtO7sO2

To Trump, the NFL Players are mere property and he is calling out to their “owners” to discipline them for speaking. This sounds familiar.

But on Sunday, Trump showed just how not-upset he was, because there was another team that did want to go to the White House — and a majority of their roster isn't even American!

Please to inform that the Champion Pittsburgh Penguins of the NHL will be joining me at the White House for Ceremony. Great team!