NFL free speech is not the same as a bigoted baker's: Here's why 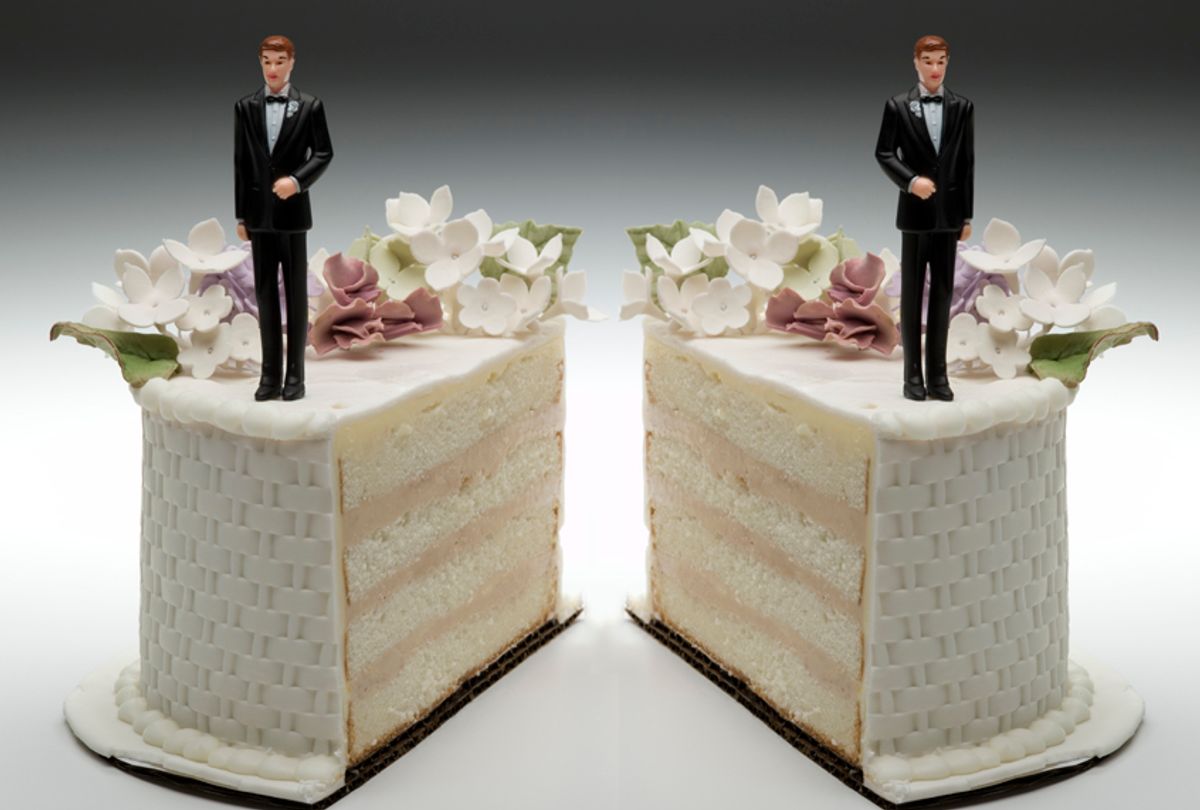 For days now, Donald Trump has been obsessing -- not about the 3 million-plus American citizens in dire straits after Hurricane Maria devastated Puerto Rico, but about the refusal of black football players to submit to his demands to stop kneeling during the national anthem. The continued refusal of the players to back down, or of the NFL to force them to stand or kick them out of the league, has driven the president to one of his most sustained temper tantrums in recent months:

The issue of kneeling has nothing to do with race. It is about respect for our Country, Flag and National Anthem. NFL must respect this!

Trump's efforts to use his presidential power to silence protest are scary no matter what the context, but there's an added wrinkle to this story. Recently, the Trump administration has taken an extremely broad view of what constitutes free speech in the workplace, arguing that the First Amendment protects a conservative Christian baker who wishes to refuse service to same-sex couples seeking to buy wedding cakes. Adam Serwer of the Atlantic noticed the hypocrisy:

"You don't have freedom of speech at your job", is weird for an admin arguing businesses can refuse gay customers on free speech grounds

Serwer was making a Twitter  joke, but this whole situation does bring up a serious question about the government's right to compel certain actions or prohibit certain forms of speech.

As Cornell law professor Michael Dorf argued on the Take Care blog, the Trump administration has now argued both "for the free speech right of a baker to refuse to bake a cake for a same-sex wedding" and against an athlete's right to reject "compelled participation in the national anthem." Dorf wonders whether the positions can be reconciled and conversely wants to ask the "question for liberals like myself, who think that the athletes should not be disciplined for taking a knee but that the baker can be required to comply with the public accommodations law."

"The cases are really different," explained Samuel Bagenstos, a constitutional law professor at the University of Michigan's law school.  "What Trump and his aides are doing in saying that people should be fired for speaking out against government is much more problematic than the state saying if you have a business, you have to serve people without discrimination."

The Trump administration filed a brief in Masterpiece Cakeshop v. Colorado Civil Rights Commission, arguing that a Colorado law barring anti-gay discrimination violates the free speech rights of anti-gay bakers, on the grounds that baking a cake for a gay couple's wedding is a speech act in favor of same-sex marriage, and the government has no right to compel speech. Louise Melling, the director of the Center for Liberty at the ACLU, strongly disagrees with that reasoning.

“The law isn’t about regulating speech," she said. “What the law says is once you open your doors and sell a product, you can’t discriminate as to whom you sell the product to.”

"Think back to the last wedding you attended that featured a live band," Ian Millhiser of Think Progress wrote earlier this month. Did you "come away with the impression that the singer was serenading the couple because he or she wanted to express a message about the validity of their marriage? Or did you simply think that the members of the band earn a living by playing music and the happy couple were willing to pay the band’s fee?"

Lower courts have found that the battle isn't really over free expression. A wedding cake — or a flower arrangement or a photography contract — for a same-sex couple is no different, as a product, from the kind you make for an opposite-sex couple. The choice to discriminate, then, has been found to be about who the customer is, which puts such a case into the realm of discrimination law rather than free speech law. Melling compared it to laws that bar newspapers from having "male" and "female" sections in classified employment ads. That isn't a speech issue either; it's about illegal discrimination in hiring.

“It’s far more like commercial conduct than political speech," Bagenstos said of the Masterpiece Cake case. "It’s really quite distant from what are the central concerns of the First Amendment.”

By contrast, he added, "The kind of expression we’re talking about when Colin Kaepernick refused to stand for the national anthem or Jemele Hill said something critical of the policies of the president, that is core political speech," which is exactly the concern of the First Amendment.

To be clear, private employers do have some rights to control employees' speech on the job. However, the NFL has made it clear, at least so far, that they intend to leave it alone if players choose to kneel during the national anthem. So the real free speech issue here is about whether or not Trump's bellicose attitude towards both the players and the NFL for resisting his demands could be seen as a threat to free speech.

It's safe to say that, in modern times at least, this is uncharted territory. Either because they've possessed a sense of proportion that Trump clearly lacks or because of their respect for the First Amendment, presidents in the past have largely avoided demanding that private businesses fire their employees for expressing views the president happens to disagree with.

But as Bagenstos noted, private businesses are at the mercy of the government when it comes to subsidies, tax law and regulation, so "when you have a government official saying to a private entity, 'You ought to fire somebody because of their political speech,' that raises very significant First Amendment concerns.”

This is particularly troubling, Bagenstos added, because "the government’s interest in saying everybody should be forced to stand at the national anthem is really a government interest in forcing a display of submission to the symbols of the government," which he described as "a pretty authoritarian kind of interest."

There aren't any obvious legal remedies for these concerns, especially since Trump has made no move, beyond a loud public speech and some whining and crying on Twitter, to actually enforce his will on the NFL or its players.

Still, when the president makes ugly statements against private citizens for expressing their political opinions, especially when he calls on their employers to fire them, that's a lot more serious than a cranky old racist screaming at the TV. It could be read as a threat. After Trump's White House lashed out at sportscaster Jemele Hill for speaking out against the president, ESPN reportedly came close to disciplining her and was only stopped because Hill's colleagues joined forces to defend her.

In essence, Trump has been trying to deputize a private employer -- in this case, one of the world's biggest professional sports leagues -- into carrying out the work of government censorship that he is constitutionally prevented from pursuing. That's a genuine attack on free speech. Compelling a bakery to sell an overly sugary wedding cake to any couple who wants one doesn't even come close.