It's Stephen Miller's wish list for immigration in exchange for allowing immigrants to stay in the U.S. 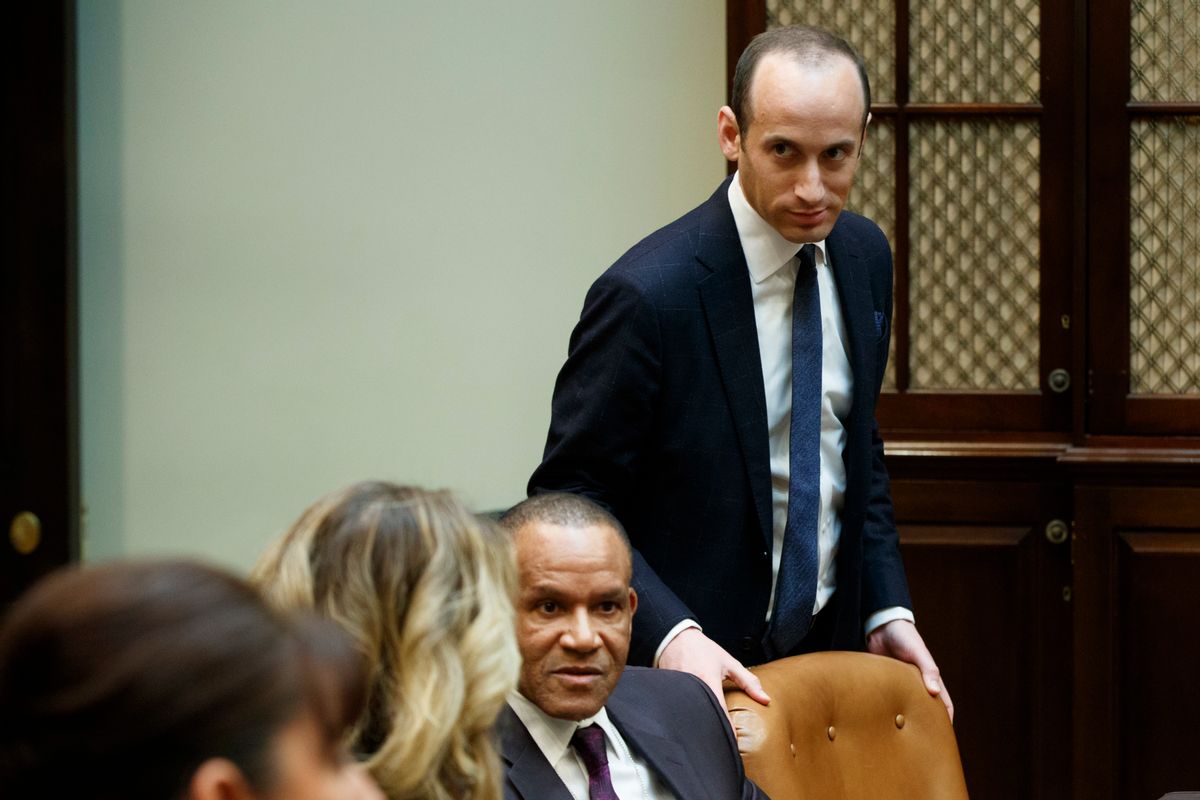 The White House is soon expected to include amnesty to hundreds of thousands of young people who were brought to the country illegally as children as part of a hardline immigration reform package supported by many Republicans.

According to a document written by President Donald Trump’s Domestic Policy Council obtained by McClatchy, the president is poised to include protections to these so-called Dreamers in return for a dozen reforms. Talking points surrounding these proposals have been circulated to the right-leaning congressional Freedom Caucus, which supports the changes.

The reforms include radically curbing the number of immigrants allowed into the U.S., heightened interior enforcement that would include cracking down on sanctuary cities and more border security that might include funding for Trump’s proposed border wall.

The most contentious policies were authored by Stephen Miller, Trump’s 32-year-old senior policy advisor, who is ideologically aligned to former White House strategist and "alt-right" firebrand Steve Bannon. Some of the proposals are so radical that it could be difficult to muster bipartisan support for them.

An immigration reform package would require the support of some Democrats, which is where the Dreamers come into play. By dangling legal protections to Dreamers, the White House hopes to secure some kind of deal. Dreamers are named the DREAM Act, which was first introduced in 2001 but has failed to pass. If the bill becomes law, it would grant these young adults permanent legal status.

“The president himself said he doesn’t want to ‘throw out good, educated and accomplished young people’ and wants a Dream Act paired with increased border security, but Stephen Miller's agenda to try to attach 50 percent cuts to legal immigration and other provisions completely undermines the president's desire and chances for any deal,” a political operative working with congressional Republicans told McClatchy.

Last month, the president ended the Obama-era Deferred Action for Childhood Arrivals, or DACA, which has allowed about 800,000 Dreamers to receive temporary, renewable work permits. The president gave Congress six months to find a legislative solution; if nothing is passed by the end of March, Dreamers could face deportation.