As Congress investigates Russian ads on Facebook, it appears the trolls have turned their attention to NFL protests 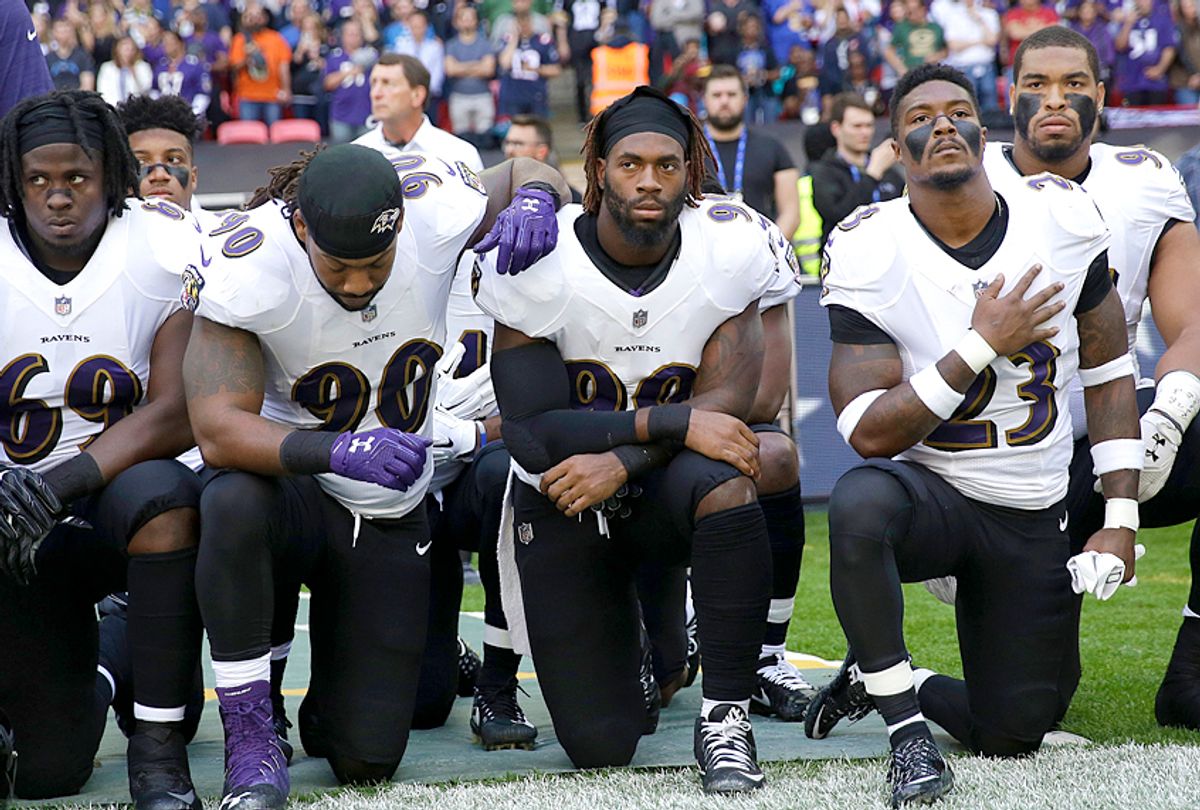 With the president's, and much of the country's, focus on the NFL and anthem protests, a Senate Homeland Security Committee member is claiming that it appears Russian trolls aimed to elevate this controversy in order to create division.

"We watched even this weekend, the Russians and their troll farms, and their internet folks, start hash-tagging out 'take a knee' and also hash-tagging out 'Boycott NFL,'" Sen. James Lankford, R-Okla., said, according to ABC News. “They're trying to push divisiveness in the country. We've continued to be able to see that, we will see that again in our election time."

This unconfirmed claim by Lankford comes just a week after Facebook agreed to turn over the records of thousands of political ads to Congress that were bought by Russian accounts during the presidential election. The ads reveal manipulation of the Facebook platform (one that reaches two billion people per month) by Russian trolls who sent varying messages based on political preferences.

Some ads, for instance, promoted Black Lives Matter. Others described it as a political threat. In another instance noted during the 2016 presidential election, trolls created ads featuring images of Muslim women who supposedly supported Hillary Clinton. Others promoted messages of anti-black, anti-immigrant, anti-globalist sentiments and various conspiracy theories, all themes central to the 2016 election. Sen. Mark R. Warner, D-Va., vice chairman of the Senate Intelligence Committee has gone so far as to claim that the Russian operatives' main goal was voter suppression.

"The divisive themes seized on by Russian operatives were similar to those that Trump and his supporters pushed on social ­media and on right-wing websites during the campaign," The Washington Post said. Whether Trump or his team colluded with these forces continues to be investigated.