"Will & Grace": Not must-see, but not dead on revival either

The resurrection of NBC's old series tests the limits of nostalgia's appeal. 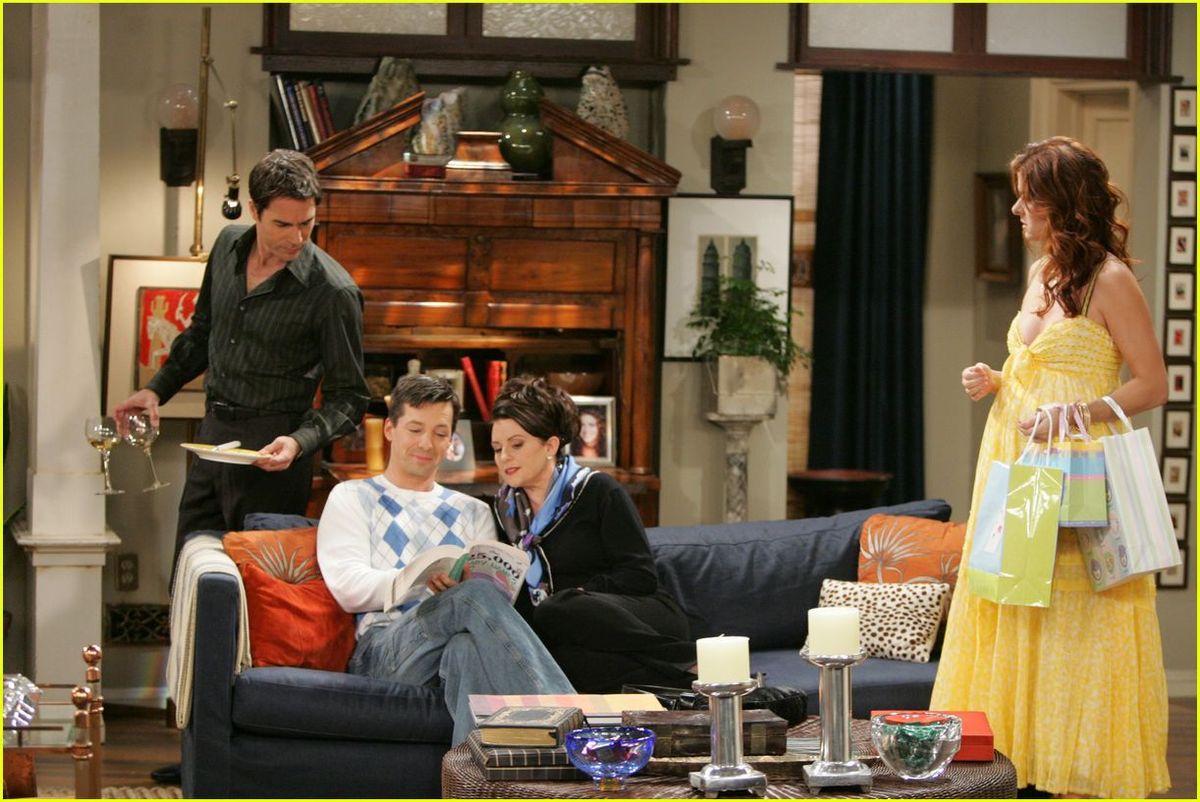 And the late 90s, and the early aughts, and “Must See TV,” particularly the timespan ruled by “Will & Grace.”

Don’t you miss all that? Somebody does. I mean, millions of people voted a “Must See TV” star into the White House hoping he’d apply the same wildly exaggerated level of business acumen he peddled like meth-infused snake oil on “The Apprentice” to governance. He hasn’t! But we’re paying attention to him. Sad!

So NBC hopes it will be with the return of Will (Eric McCormack), Grace (Debra Messing), Jack (Hayes) and Karen (Megan Mullally) to our screens as of 9 p.m. Thursday. Admittedly the Peacock may be on to something in its choice to go full bore with a revival heralded months ago with the reassurance that nothing has changed in the lives of the deliriously witty quartet. The accoutrements in Will’s apartment have been updated, but the feng shui is consistent. Karen and Jack remain the mastery of the cruel and witty rejoinder; Will and Grace are still co-dependent. Each episode stacks the pop culture references higher than Karen’s pill collection.

Don’t even inquire as to whether the storyline incorporates anything from the original run’s finale because honestly, the existence of these new episodes is barely explainable. In case you’re curious, though, the writers expeditiously answer that question within the first couple of minutes of the premiere. Right after a sequence that shoves the audience back into the deep end of the show’s signature back-and-forth repartee that gleans laughter out of a quick round of Ellen DeGeneres’ “Heads Up!” and a zinger about Grindr.

The script drips with 2017 references, but the banter, the physical humor and the covalent bond holding the foursome together take us right back to the George W. Bush administration. Depending on who you are, maybe that’s not so terrible. Maybe this is exactly the kind of gooey American cheese product you’ve been craving, and if that’s true, bon appétit.

Millions of people loved “Will & Grace” as they were, and the highest compliment a person can pay to these new episodes is that they click right on to the old ones like a shiny replica of a caboose on a classic steam engine. People desiring respite from the agita of 2017 may embrace these new adventures of old sitcom characters who used to be regular guests in their homes.

However, a person can’t ignore how much of series creators David Kohan’s and Max Mutchnick’s style feels like a throwback to a bygone era, and not in a retro chic kind of way. “Will & Grace” was terrific fun in its heyday, which lasted from 1998 through 2006 and is said to have played a significant role in changing the nation’s attitudes towards LGBTQ citizens. The show reminds us of this none too subtly in an episode that also acknowledges that Jack and Will have gotten old enough that at their local pick-up joint, the Cockpit, the younger crowd thinks of them as “daddies.”

Will counters this later by lecturing one of them on the importance of knowing their history and how mightily the generations who came before the Millennial reign struggled, in essence admonishing him for failing to respect his elders. On the other hand, Will sets the mood for his young companion by playing classic Madonna, because apparently he’s been in hypersleep for the past 11 years and has never heard of Lady Gaga or St. Vincent or RuPaul . . . oh, wait.

And this moment niftily captures the spiritual dissonance of these new “Will & Grace” episodes. The gang’s still a hoot, their personalities remain adorbs. When the tone clicks, and it does, we’re reminded that Will’s, Grace’s, Karen’s and Jack’s loyalty and love for one another is the secret sauce that made the original incarnation of the sitcom a hit.

The writers would like to pretend that their old metronomic pattern of banging out punchlines is timeless and their shiny, vivid “Must See TV” approach still has gas in the sunken place that is today’s America. "Fuller House" and the "Gilmore Girls" reboot adopted the same philosophy, believing perhaps that viewers would love the series as it was, now. But we've all aged, the world has grown colder, and television comedy itself has evolved to find ways to coax laughter out of its audience while addressing fraught issues with heart and sincerity.

"Will & Grace" rarely ever does that. Thus the first episode’s high jinks bringing Will and Grace, separately, into Donald Trump’s White House — Karen and Melania are gal pals, natch — feel forced and self-congratulatory all at once (not to mention tone deaf in light of current events surrounding Trump's fuss over athletes declining invitations to the White House but, in fairness, the producers could not have known that would happen when they were filming it).

Prior to that moment Grace nearly chokes on the phrase, “You are so WOKE” and cranks out a one-liner about pussy hats. Not long after that Jack cracks, “Who talks like that?” as Grace leaves the room, following with, “OK, who’s the guy? Your lips are pursed, your neck is flushed and you’re presenting,” accentuating the last word with a theatrical jut of the hips. Oh, the irony!

The guy, by the way, is an elected official whose policies Will adamantly opposes — but he’s also hot, so it’s really just a hook-up ploy. Pause for laughter!

“Will & Grace” may have affected social change more than a decade ago but it’s obvious that the producers haven’t a clue as to how to speak to where and who we are now in a way that’s honest and refrains from seeming polarizing. But this is a show about two gay men and their straight female allies, one of whom is unrepentantly self-centered, ditzy and a Trumpster.

It simply cannot get away with saying absolutely nothing at all or, worse, doing it in with gleeful smugness. That might have flown in years past, but that was then. If NBC expects us to stick with this crew for 16 episodes, let alone a second round of 13, the writers have an obligation to bring them into the here and now.