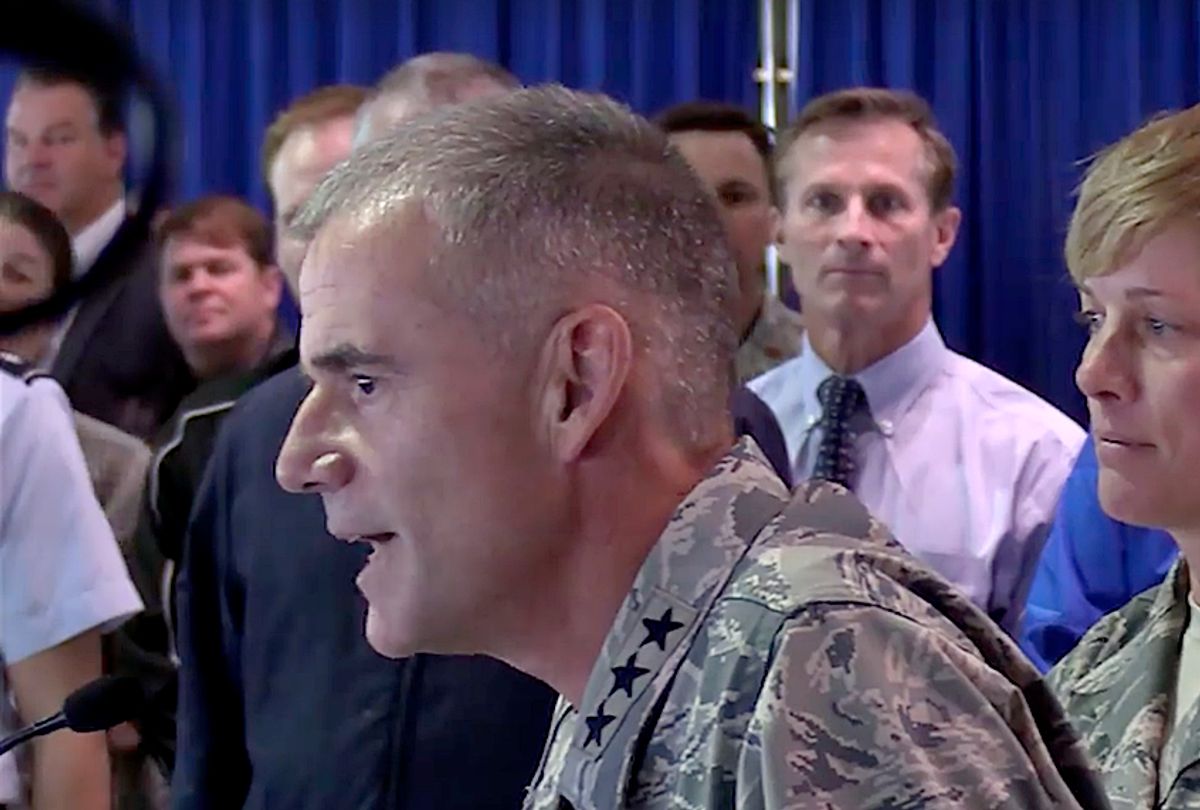 Following the discovery of racial slurs on whiteboards outside the dorm rooms of five black cadets at the Air Force Academy Preparatory School, the Air Force Academy's superintendent is telling cadets that if they couldn't treat others with respect, they can "get out."

"If you’re outraged by those words then you’re in the right place," Lt. Gen. Jay Silveria said of the written slurs  that targeted black cadets. "That kind of behavior has no place at the prep school, it has no place at USAFA, and it has no place in the United States Air Force. You should be outraged, not only as an airman, but as a human being."

"What we should have is a civil discourse and talk about these issues," he explained.

"We received outstanding feedback from that session on Charlottesville," Silveria added, referencing a discussion that was held by the dean after white supremacists and neo-Nazis descended on the Virginia city.

Silveria's words were clear: "If you can’t treat someone from another race or different color skin with dignity and respect, then you need to get out."