If colleges won't pay student athletes, someone will 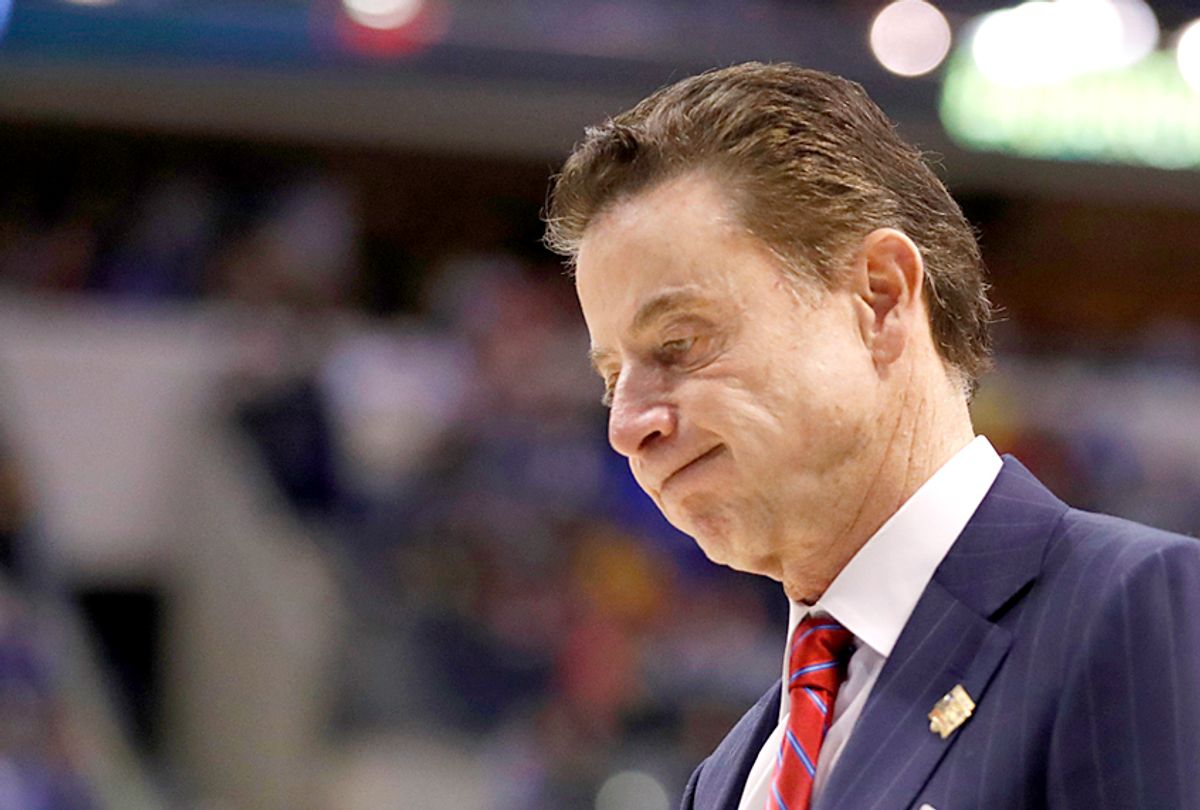 The fall of Rick Pitino is a great opportunity is fix a broken system.

The University of Louisville men’s basketball coach Rick Pitino was placed on unpaid administrative leave this week after his program was to tied to an FBI investigation on fraud and corruption in recruiting. He is widely expected to be out of a job in the near future. The allegations may be surprising to people who are outside of the sporting world; however, it’s nothing new.

Collegiate sports is a billion-dollar industry and Pitino, the first NCAA coach to lead three different teams to the Final 4 and the only coach to win the NCAA tournament with two different teams was at the top, making $7 million a year. I’m 100 percent sure that Pitino won't be the only head coach to be caught up in this type of scandal. Let’s just say that it cost a lot of money to build the type of record that Pitino has, even though the players are paid nothing from the schools they attend.

As most know, the top NCAA players are receiving full scholarships to the school of their choice and most students who are buried up to the neck in student loans probably think that is more than enough compensation, but it isn’t. As a college professor and person who has been around sports my entire life, I’ve witnessed what student athletes must endure. Their weekly schedule is a combination of training, class, more training, and travel. They aren’t allowed to have jobs during the season, are responsible for maintaining a 2.0 GPA and can’t get into any trouble, unlike most goofy college kids. Now imagine if you followed all of these rules but you come from poverty like many of the athletes who fight for these scholarships. You get the opportunity to help make your school millions of dollars while your family starves. This isn’t every case; however, it happens far too often.

I always think of former NBA star Chris Weber who was accused of taking money from Ed Martin, a popular donor, after saying he couldn’t afford to buy his own jersey, go out on a date or get a sandwich from Mc Donald’s. I don’t know Weber personally, but do have a close friend who was wrapped up in a similar situation.

I must omit his name as he is currently facing legal problems, but dude was from a messed a up situation. We never saw his dad and his mom was strung out on crack. I remember days when he didn’t have running water in his house. My other friends and I used to give clothes to him and his little brother, and chipped in to help him out when we could. As an athlete, he started standing out in middle school­­. Coaches from all over the Baltimore area started checking for him and it wasn’t long before the street agents took control of his career.

A street agent is a kind of ghetto angel investor that hangs in and around the world of AAU basketball. They recognize talent in the youngest players and then align themselves with them by becoming their trainers, fill-in fathers, coaches, fake coaches or straight-up unofficial financial sponsors. Once you hook up with a street agent, you may be locked in with one for life.

See, the money that they invest in these kids isn’t for kicks and giggles; once they pay a player, they basically own him and eventually he has to pay them back once he makes it to the NBA or NFL. My talented friend never made it to the pro leagues, but a ruthless street agent delivered him from poverty and took care of him when he got to college. Eventually he was forced into a life of crime in an effort to repay his investor. He’s been shot, beat down, publicly humiliated and in out of the criminal justice system ever since. Failure to repay could’ve, would’ve and still can cost him his life

Famous coaches like Pitino have these connections. They know street agents all over the globe. And I’ll bet some of those guys have landed jobs on the payrolls of some big colleges with little or no official experience. Delivering the right kid to the right program at the right time could be that valuable. But instead of demonizing the long list of individual coaches and programs that have been caught breaking the rules, we need to revamp the system or it will never change.

Let’s fix the obvious problem: Schools make more than enough money to compensate players and many poor players are put in life and death situations because of their talent. College players deserve to be paid. It might be too late for Pitino and my friend, but the door for corruption will remain wide open until the system changes.