Joe Arpaio is back to pushing Obama birtherism, doesn't understand why he's unliked

The disgraced former sheriff plans to speak about illegal immigration, and the national anthem, at a GOP fundraiser 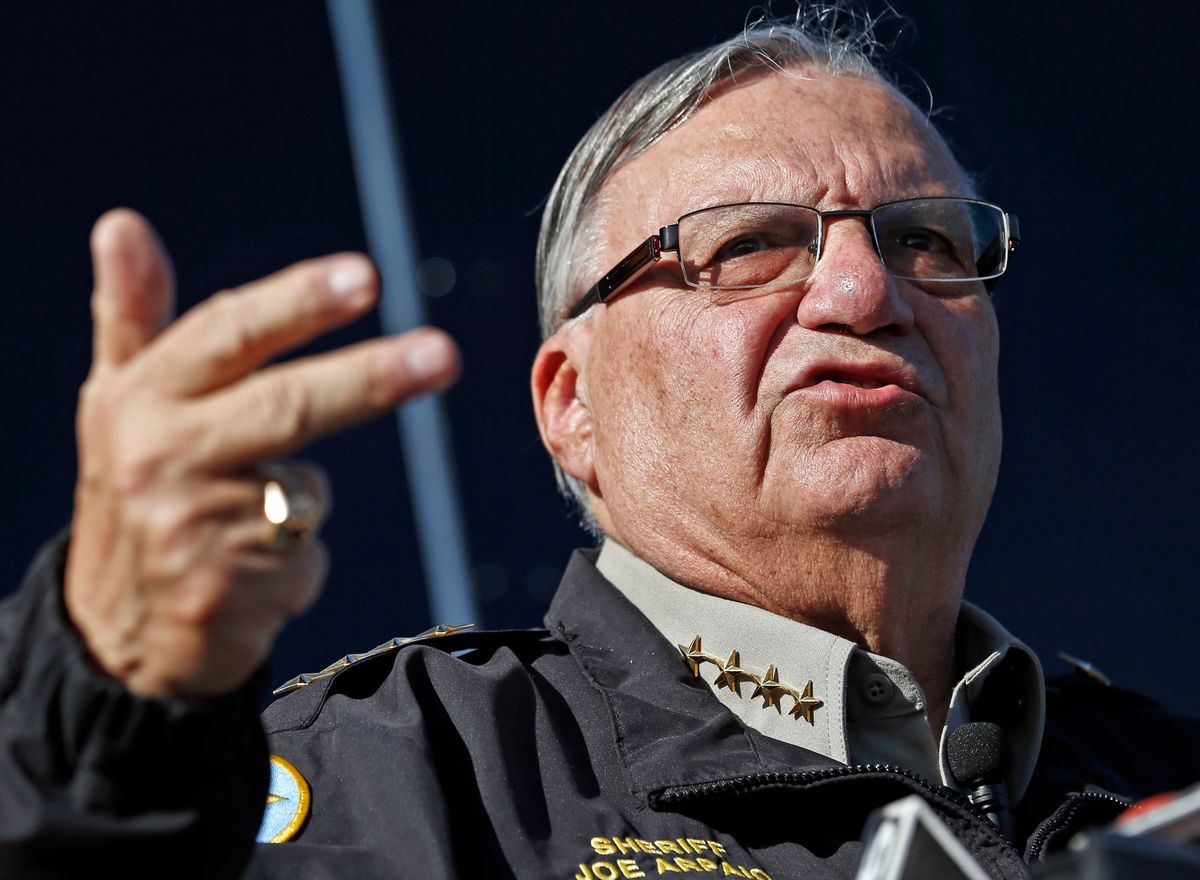 Joe Arpaio, the 85-year-old former disgraced Arizona sheriff who has all but explicitly said he's a racist, wants everyone to know that he's still searching for Barack Obama's birth certificate.

"Don’t think I’m going fishing," Arpaio told The Mercury News. "I am not going away."

The brazen words come as Arpaio is fresh off his pardon thanks to his friend President Donald Trump. Arpaio faced up to six months in prison after "he was convicted of contempt of court earlier this year, with a judge finding that he had violated court orders to stop detaining suspected undocumented immigrants in Arizona’s Maricopa County, which includes metro Phoenix," The Mercury News reported, however his past is even much more abhorrent and controversial.

Arpaio is speaking at a GOP fundraiser on Friday in Fresno, California, to renew his "mission" which included spreading conservative ideas throughout the country, and search for Obama's birth certificate, The Mercury News reported. Trump was a pioneer of the racist, and completely baseless movement that has been proven false.

But according to Arpaio "it has to go down as the biggest cover-up in the history of the United States."

He added, "nobody wants to touch it."

Donors will be paying anywhere from $70 to $1,500 to attend the event, where Arpaio will talk about illegal immigration, his legal troubles, and football players protesting the national anthem. "I don’t understand why I’m so controversial," he said.

Some prominent Republicans in California however have chosen not to embrace Arpaio, but have also not done anything to truly disassociate themselves, and their party, from his rhetoric and beliefs.

A raft of prominent Central Valley Republicans, including Fresno’s mayor, have bowed out of the annual event, some citing scheduling conflicts and others saying outright that they’re steering clear of the fundraiser because Arpaio will be speaking. His department was also accused of racial profiling, mistreating jail inmates, and failing to investigate child sex crimes.

"Historically just about every local elected Republican would be at these events, said Marcelino Valdez, a former state GOP official in the Central Valley who is attending the dinner. "Sheriff Arpaio has scared off some people with political ambitions."

Arpaio may even run for elected office, despite his November sheriff re-election loss, but didn't provide much insight into the matter, The Mercury News reported. "If I did, I don’t even know what office I’d run for," he said.

He added, "I didn’t ask for the pardon. I accepted it, and I’m honored to receive it from our president."

"It took me 85 years to finally know in my own heart who my hero is," Arpaio said. "You know who that person is? The president of the United States."