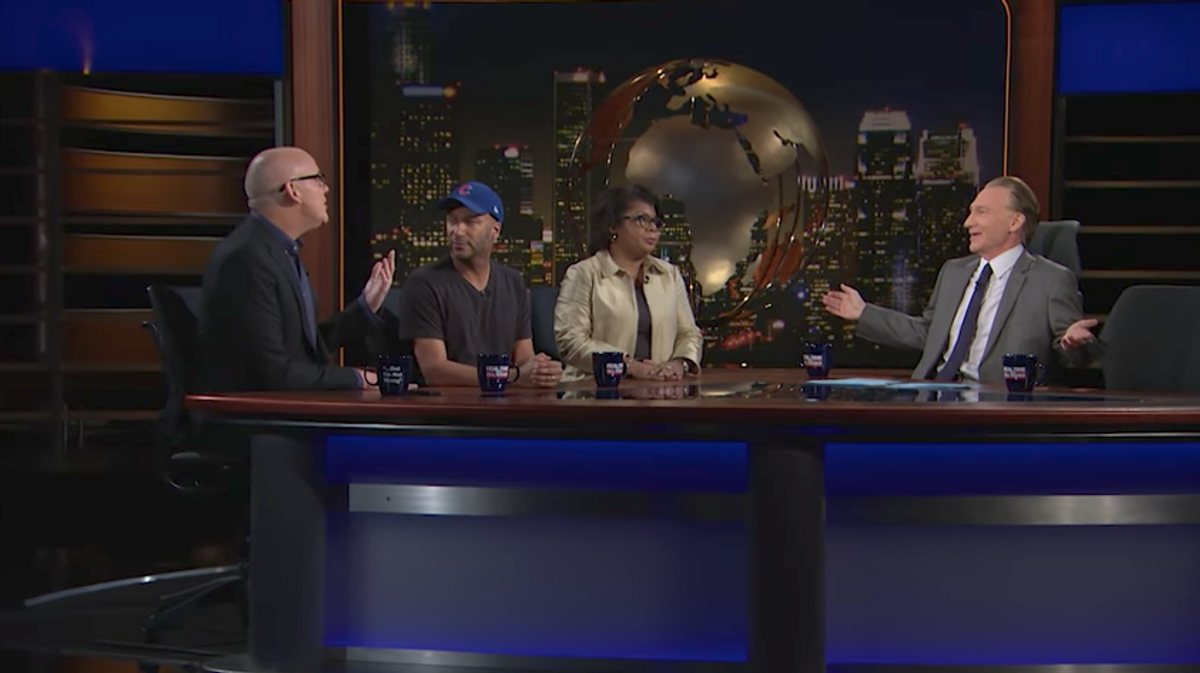 In a heated debate with his panel on Friday night's "Real Time" Bill Maher said he doesn't believe it's acceptable to punch Nazis because it violates the First Amendment.

Maher sparked the debate with a story about a man who rode a bus in Seattle earlier this month and visibly wore a Nazi armband. After pictures of him were posted to Twitter, he was eventually tracked down and identified. During an altercation he was punched in the face and left on the ground unconscious.

"Liberals should not be raving about this," Maher said. "We have a First Amendment. I don’t like Nazis either, I was against them on ‘Hogan’s Heroes.’ But you have to go by principles and not feelings, that’s what the other side does. You can’t punch Nazis."

But Tom Morello, an activist and musician best known for his time with "Rage Against the Machine" said he completely disagreed with Maher.

"Well, the First Amendment says you can’t pass laws that abridge free speech," he said. "I mean, I grew up in a home with an anti-fascist. I mean, he was my uncle, who was a World War II veteran who fought against fascism."

Morello explained, "And if he was riding that bus and saw a Nazi symbol of someone who wanted to put all Jews into ovens and ethnically cleanse all 'colored' people from the planet, my 90-year-old uncle, if he were here today, would have punched that son of a bitch in the face and I would have had his back."

Maher pushed back, drew an odd equivalency and said it's protected free speech. But Morello asked, "is throwing Jews into ovens not violence?"

But Maher did leave out a key element of the story regarding the Seattle neo-Nazi. It was reported that the Nazi was not just peacefully sitting on the bus wearing an armband, but instead, he harassed a black man on the bus and when confronted later on he an "ape" and threw a banana at him.