One of these shows really doesn't fly 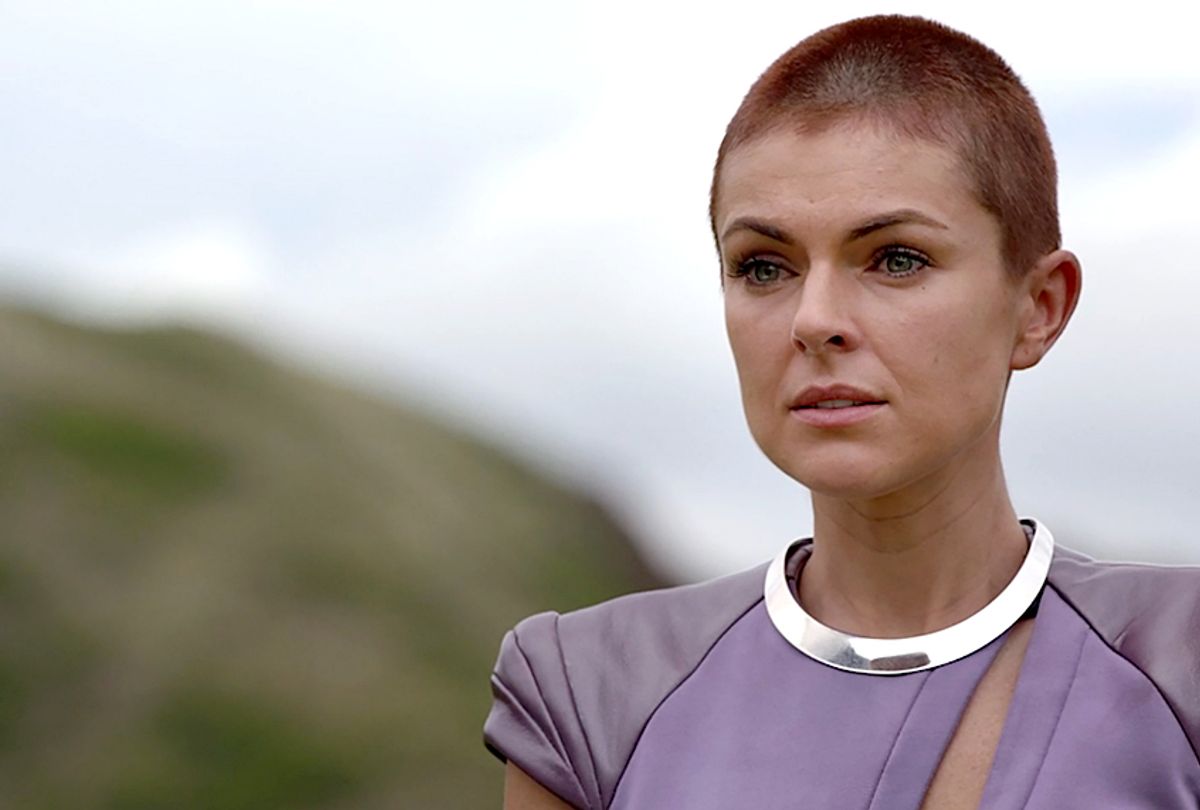 Given the right set of circumstances — intelligent writing with the proper amount of droll humor, superior visual effects and an enticing plot — “Marvel’s Inhumans” could have been a hit for ABC.

Bear in mind I’m saying this about a show featuring a woman with fantastical, mighty hair and a giant dog that has the power of teleportation. The right team could have created a madcap adventure with this noise regardless of its insipid premise.

Did we mention the super-pug and mega-mane are members of a ruling class that lives in an invisible moon kingdom?

Television is a medium where no concept is too preposterous if executed correctly, something Marvel has proven with a number of its Netflix series and, to somewhat of a lesser degree, “Agents of S.H.I.E.L.D.” However, 2017-2018 may finally be the season in which we hit peak superhero saturation, though the fall may be slower and softer for many. The CW has built an entire lineup around DC Comics characters, mainly handsome men in tight clothing swinging or leaping between buildings, a nice single girl in the city who can fly, and time-traveling metahumans.

Over on Fox a teenage Bruce Wayne is growing up and has started moonlighting as a masked crimefighter. And as of Monday at 9 p.m., “The Gifted,” which is set in the “X-Men” universe, joins the network’s lineup. Like its ABC counterpart, “The Gifted” also follows a family on the run in a society where mutants are outlaws, including a few known characters from the “X-Men” files such as Blink (played by Jamie Chung), Thunderbird (Blair Redford) and Polaris (Emma Dumont).

Knowing the history of “X-Men” isn’t a prerequisite to enjoying “The Gifted,” although viewers with a passing acquaintance with its mythos may give it a bit more patience than those who come to it cold. That shouldn't prove to be much of a barrier; the hero team is a pop-culture standard these days, as are Marvel’s “Daredevil” and DC’s “Arrow,” “The Flash,” “Supergirl” and “Gotham.”

“Agents of S.H.I.E.L.D.” benefits from a theatrical fist bump with Marvel’s “Avengers” universe — which in a few weeks unleashes its latest chapter, “Thor: Ragnarok.” That film stars Oscar winner Cate Blanchett as a goddess of destruction, and Mark Ruffalo as the human face of a rage-fueled green giant. And very soon — Netflix isn't saying when — audiences will get to see Jon Bernthal helm “The Punisher.”

We’re down for all of this.

“Inhumans,” less so. The new actioner, which premiered last night, smacks of a project that came about after someone from ABC went to Marvel’s offices, poked around the cupboards and mumbled, “Sooo . . . what else you got in here?”

And Marvel replied, “How about a story of a deposed superhuman royal family hiding out in Hawaii?” And Stan Lee, watching on a monitor inside his subterranean lair, cackled maniacally at the knowledge that in 2017, he can sell a box of hair to a major television network for millions of dollars.

ABC likely envisioned that “Inhumans” would pair well with veteran series “Once Upon a Time,” returning Friday, Oct. 6 for what could be its final season.  Like that drama, “Inhumans” follows a kingdom in turmoil, after its king, Black Bolt (Anson Mount) and queen Medusa (Serinda Swan) are overthrown by the king’s brother Maximus (Iwan Rheon). Luckily, Black Bolt and Medusa’s trusted teleport-a-pug whisks them and their trusted guards Karnak (Ken Leung) and Gorgon (Eme Ikwuakor) down to the Big Island to hang out with the tourists.

But they don't exactly fit in. See, Black Bolt's voice is so lethal that a grunt can knock back cars and crack concrete. Therefore, he never talks, forcing Mount to mostly communicate through his eyebrows. Medusa, as we’ve established, has superhair. Her main weakness is a pair of clippers, and I wish I were being glib but, um, nope.

At no point during the two-hour premiere does the action choreography, the writing, or the monsoon of  hilarious excuses for special effects serve to justify this show’s existence. Swan and Mount are stiff and joyless, although given the insipid dialogue they’re saddled with, who can blame them for wearing a look of constant constipation? Besides, they don’t commit any heroic deeds or do anything to create stakes for us to care about their fates. Go ahead and joke about that dog, but he’s the only performer worth rooting for — and entirely made of pixels.

To reiterate, with the right talent sculpting its approach, any cockamamie concept can become a hit. This is not in the cards for “Inhumans,” which has Scott Buck as its showrunner. You may not be familiar with his name but you may have experienced his work on another Marvel title: He mapped the course for the first season of “Iron Fist.”

That should tell you all you need to know.

“The Gifted” is produced by Bryan Singer (director of “X-Men,” “X2: X-Men United”) and has “Burn Notice” creator Matt Nix as its showrunner, inspiring more confidence for how the series could shape up in the long run. The pilot is bland — not exactly dull, but predictable. Given the array of story, characters and possibilities the universe presents, that’s simply inexcusable — especially in light of what Noah Hawley achieved with “Legion,” another “X-Men”-adjacent title.

Anyway, if you’ve kept up with any part of this universe, "The Gifted" is set in an era after Professor Xavier and his team have been driven into hiding or possibly out of existence. The government employs a unit known as Sentinel Services to disappear mutants, but men like prosecutor Reed Strucker (Stephen Moyer) strive to handle captured mutants within the confines of the law. Reed and his wife Caitlin (Amy Acker) have two kids, Andy (Percy Hynes White) and Lauren (Natalie Alyn Lind), and together they’re a happy nuclear unit rocking the suburbs.

Except for Andy’s bullying problem at school, that is. When Andy is terrorized one time too many, his power manifests at a dance and he goes full “Carrie” on his tormentors. From there the Struckers become fugitives, seeking the help of an underground group of fellow humans with uncanny powers.

“The Gifted” does a better job at establishing its initial story arc than “Inhumans,” but that’s not exactly a high bar to clear, and it still has the look and feel of a series with a paltry budget. Such a problem can be fixed in future episodes, and it'll have to be. At times the pilot resembles a middling round of cosplay, complete with temporary tattoos, Halloween contact lenses and Manic Panic highlights.

This could be superhero fatigue talking, mind you. Many folks hit the upper limit of their desire for tights and flights some time ago. I consider myself a comic book geek, and even I'm starting to feel full.

All it takes to rekindle our interest in the genre is a superior story that's written well. That's always been the case, and there are many reasons for Lee's true believers to hope for the genre to renew itself and continue onward. But if we really are on the declining slope of this peak, these titles aren’t doing anything to slow the genre’s plummet back to Earth.