Rex Tillerson said his priority was to deescalate tensions, but he was silent on Trump's bombastic threats 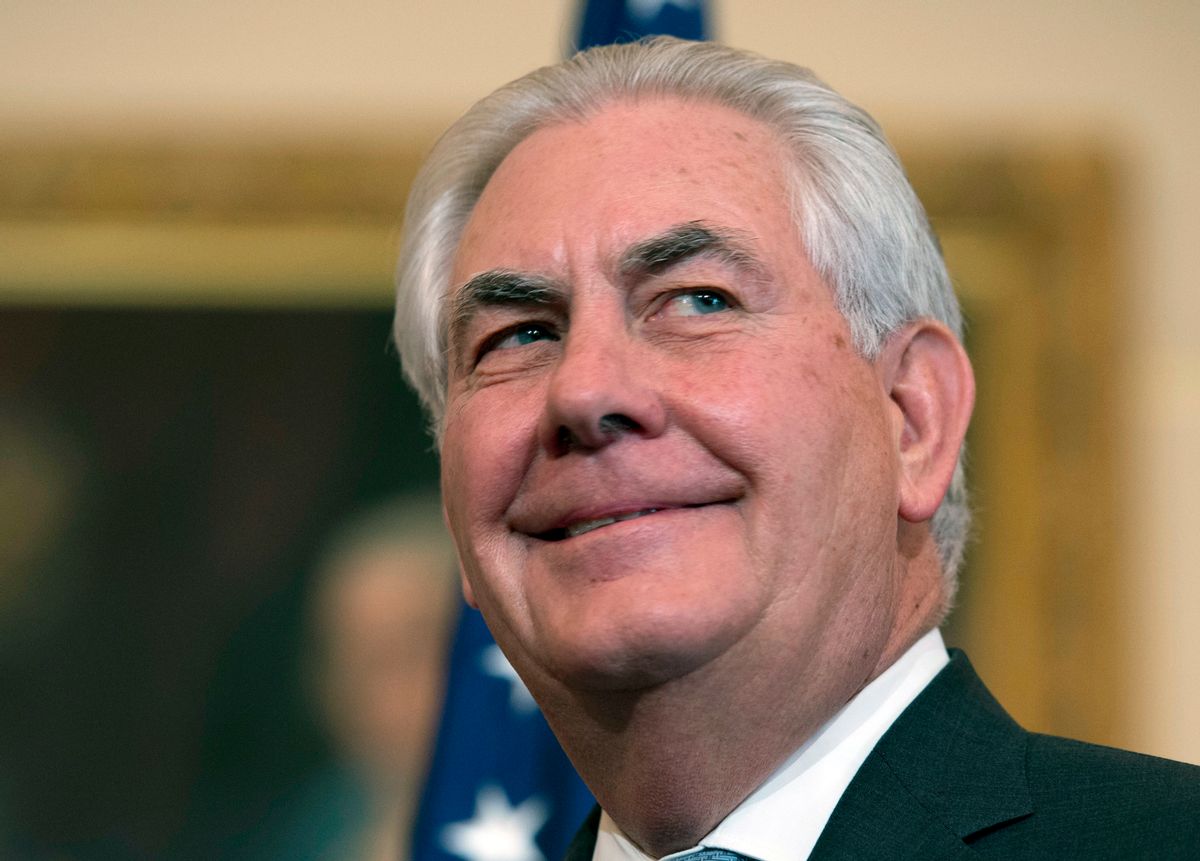 On Saturday morning Secretary of State Rex Tillerson said that the U.S. has engaged in direct communication with the government of North Korea, it's the first time such talks have been publicly acknowledged. His first priority is to deescalate the high tensions between the country's leader Kim Jong-un and President Donald Trump after the two have engaged in a war of words as of late, but he failed to issue criticisms of Trump's bombastic threats.

After Tillerson was questioned on how he would engage with North Korea's Kim, and the rising threat between two nuclear powers, he replied, "we are probing, so stay tuned," according to the New York Times.

"We ask, 'would you like to talk?' We have lines of communications to Pyongyang — we’re not in a dark situation, a blackout. We have a couple, three channels open to Pyongyang," he continued.

Tillerson answered questions during a news conference in Beijing, China, after having met with China's top leaders, but did not indicate if North Korea had responded to U.S. communication efforts, the Times reported.

When asked if the communication lines ran through China he shook his head and said, "directly," according to the Times. "We have our own channels."

Tillerson's top concern is finding ways to decrease tensions between Washington and Pyongyan, but he also seemed to place more blame on the North Korean leader, downplaying the impact of Trump's incendiary rhetoric.

"The whole situation is a bit overheated right now," he said. "If North Korea would stop firing its missiles, that would calm things down a lot."

He didn't issue a direct criticism of the president, despite his threats to "totally destroy" the entire country of North Korea during his United Nations speech, and tweeted just last weekend that the country "won't be around much longer."

The secret communications somewhat draw comparisons to the Barack Obama administration's efforts to achieve a nuclear agreement with Iran, but Tillerson made a clear difference between the two, and reiterated the Trump administration's unrest with the current nuclear deal with Iran.

"We are not going to put together a nuclear deal in North Korea that is as flimsy as the one in Iran," Tillerson said.