The privilege of being triggered: YA author Tiffany Jackson tackles real-life in page-turning novels 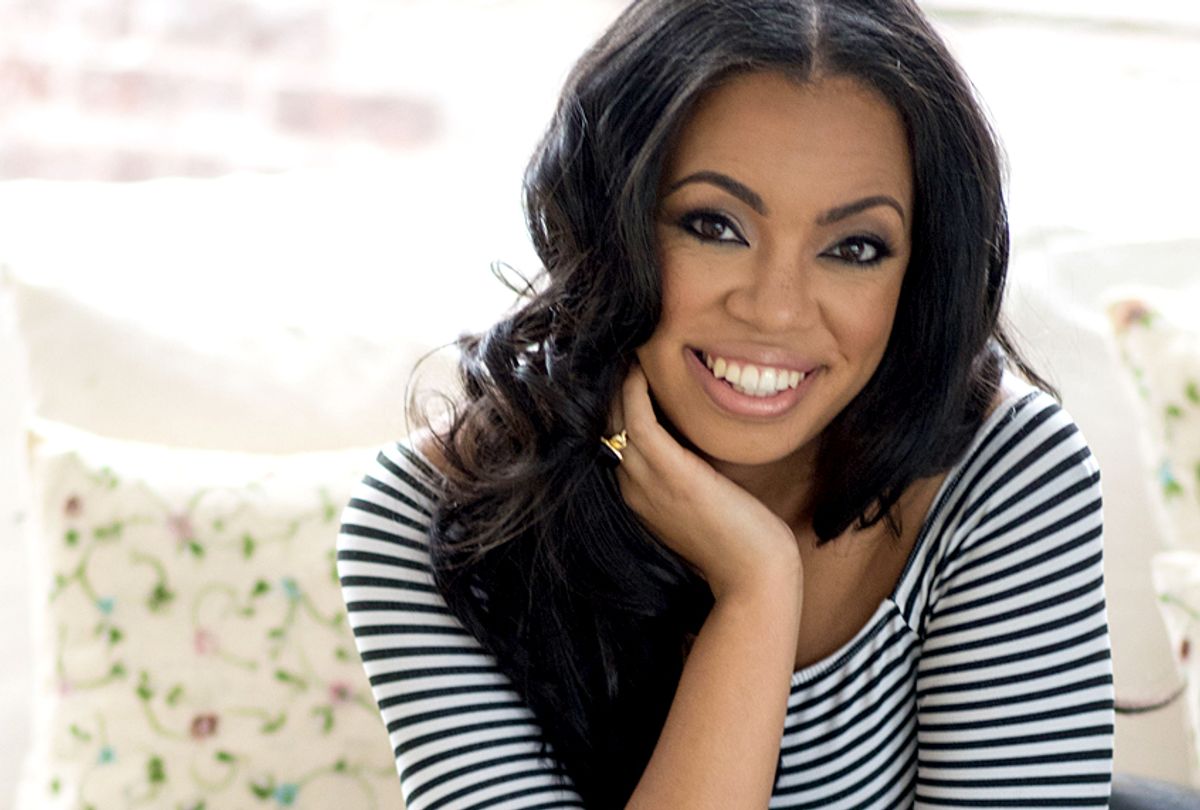 Tiffany Jackson (Courtesy of the Author)
--

The two of us are having coffee at Gotan, a busy café in Tribeca where we have met to discuss her searing YA novel “Allegedly” and the upcoming “Monday’s Not Coming.” Both books grapple with challenging subject matter inspired by real-life events — the former with a nine-year-old African-American girl who murdered a baby and the latter with a teenage African-American girl who went missing for a year before anyone noticed, ambitious subject matter that speaks volumes about Jackson’s ability to capture where we have failed as a nation. The fact that Jackson not only seeks out such charged material but also gets jazzed about its thorny nuance is striking, much like her quizzical expression as she momentarily tunes in to a conversation at the next table: two white girls in athleisure engaged in an endless debate about the relative benefits of Barry’s Bootcamp versus SoulCycle.

In the current political climate — no comment — it seems deranged that this topic would get such airtime. What’s more, that they would occasionally appear offended by our topic of conversation as though it weren’t suited for primetime. Aren’t these the same gals who almost a year ago donned pink pussy hats? Yet again, the lanes don’t intersect. Then again, I go to Barry’s. Complex!

As the debate rages on at the next table, Jackson says nothing. Just sips her latte. Her crisp blue-and-white striped shirt, her abundant curly hair and her cheerful demeanor serve to emphasize rather than soften the essential nature of the truths she drops: Yes, there’s an obvious and ill double standard in media when it comes to portraying African-Americans. Yes, America was racist AF before 45. Yet, for an #ownvoices African-American YA novelist there’s an interesting conundrum: to speak to systemic racism but also to tackle stories that might necessarily come with trigger warnings. Why? For one, these so-called stories are actually happening and two, the notion of being triggered is a privilege that only the privileged can afford. Put that in your matcha almond milk latte and drink it, SoulCycle.

“I believe in showing the complexity of the story,” Jackson says. “We can’t sugarcoat in our books. I prefer to give kids the real deal— that there’s bias in the juvenile justice system and that a lot of things don’t work out but that some people aren’t all good.”

In an industry in which people of color still struggle for equal shelf space, it seems logical that Jackson would go for stories that were more “consumable” rather than quite so challenging, but this is part of her work: both to disrupt and entertain. To reveal the stories some think are better left in the dark and yet, these are the stories that are imminently gripping and page-turning. (Note: I tore through “Allegedly” in one sitting and am eagerly awaiting “Monday’s Not Coming.” Jackson’s next book, “Let Me Hear a Rhyme,” about two young boys who plot to turn their murdered friend into a rap star while handling the truth behind his death, was just acquired by HarperCollins/Katherine Tegen.)

At first glance, “Allegedly” reads like an amped-up woman-in-peril novel, and yet there’s much more to it. While the territory of those novels is dominated by either bland or bitchy upper-middle-class white women whose peril is oftentimes neat and surmountable, for Jackson’s characters there’s the addition of race and class and what it means to be a young person of color in America. The question is, how does an author drop what could be an “unlikable” protagonist onto already challenging circumstances and portray both admirably? Is this revealing too much, or is this Jackson’s “Portnoy’s Complaint?”

The real-life story that inspired Jackson’s first book is horrific on both sides, not just the fact that a nine-year-old girl was accused of killing a baby while her mother was babysitting or that she was among the youngest person to be charged for manslaughter. What’s striking is the way the girl was vilified and the outcry that she be tried as an adult. This case speaks volumes about racism and the double standard in media. Yes, the case is gruesome and baby killing is obviously horrible, but there are obvious extenuating circumstances.

“If a black kid commits a crime it’s splashed across the news that they’re a horrible human being or a monster while a white kid is depicted as the captain of the swim team,” Jackson says. “Black kids are often seen as adults. I tried to touch on that in ‘Allegedly.’ People grossly underestimate what kids are capable of. A lot of parents are like, my baby needs me to cut his steak for him and I’m like, your baby could use that knife as well as you.”

While “Monday’s Not Coming” focuses on the dark side of gentrification, in “Allegedly,” the protagonist and narrator, 15-year-old Mary Addison, has survived years in “baby jail” after being convicted of killing a 3-month-old white baby while babysitting with her momma. Having ended up in a group home where she is the object of relentless bullying from the staff and other residents, she becomes pregnant by her 18-year-old boyfriend Ted, a young black man who, like Mary, is a victim of the penal system. As Mary fights to keep her baby, it becomes more and more urgent to uncover the truth about what actually happened that night. The book reveals the brokenness of the juvenile justice system and the foster care system without getting too issue-y, mostly because Mary’s voice is so strong and her individual quirks and flaws are so distinct that you just go there.

There’s a point in the middle of “Allegedly” where you aren’t sure as a reader whom to trust anymore. It feels unsafe and wobbly, but in the best way. There are mean Miss Danvers types and even meaner girls. The whole thing is very anxiety-producing. I had to binge eat Twizzlers. After I finished the book, I wondered about this: my ability to leave the discomfiting parts of the narrative behind, though aspects of it continue to linger. “When I was initially shopping the book around, some editors were like, ‘I just had a baby, I can’t handle this kind of topic right now.’” Jackson says with a little sigh. “It’s like, some people have the privilege to say, ‘Oh, this triggers me.’ But some people can’t leave where they are because they are incarcerated or in a group home. Their life is a trigger warning.”

Jackson and I go on to discuss some of the backlash from social workers who didn’t like the negative way they felt Jackson portrayed their profession. The social workers in the book are, as my nephew Isaac would say, not nice. When Jackson and I discuss this, she seems bereft. I mention non-profit organizations where kids thrive, such as The Possibility Project, a non-profit organization in New York City that uses theater as a tool to empower foster youth.

“I don’t want anyone to think that I don’t value their work,” Jackson says. “However, I’m telling my story from the perspective of kids and these were their impressions of social workers. I interviewed five kids. This was their experience.”

The workout girls have evolved to an in-depth analysis of yoga pants: Lululemon or Sweaty Betty? I offer Jackson a piece of my date ruggelach and she breaks off a tiny, sugary bite.

“At the end of the day, there should be mental health services and you should give kids an opportunity to change,” Jackson says. “We need to start looking at the root of problems and not what’s already grown.”