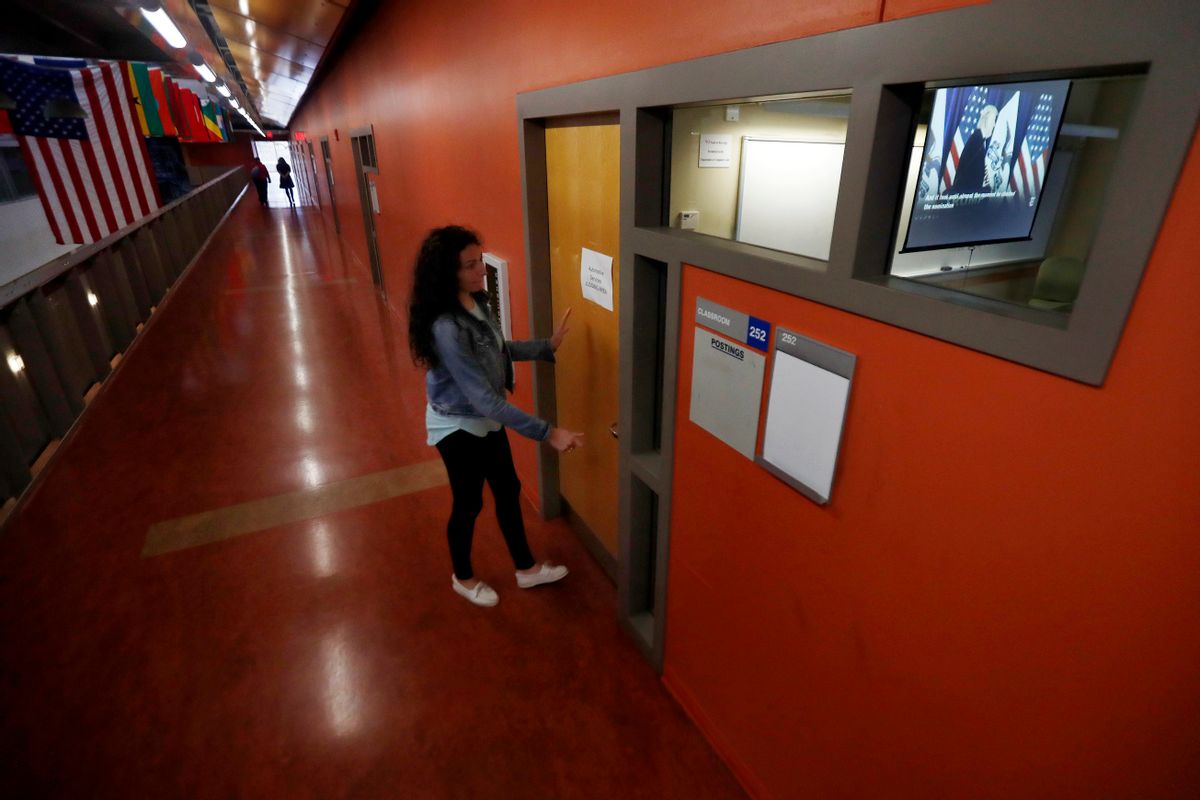 Some much-needed attention has been focused in recent years on the racist practices in our schools, including the ways in which American schools suspend and expel black and Latino students at higher numbers than white students. Certainly the practice of school discipline, by ignoring culturally responsive methods of teaching and redirecting student behavior, embodies much of the racism that is still normalized, practiced and even encouraged in some school districts. But in too many cases, the curriculum itself is embedded with racist, outdated beliefs.

The New York Times recently reported that a South Carolina teacher recently asked a class of 10-year-olds the following question on a homework assignment: “You are a member of the K.K.K. Why do you think your treatment of African Americans is justified?”

At least one student went home crying, and the teacher has since been placed on administrative leave. This comes a month after our president endorsed empathy for white supremacists in Charlottesville by claiming that “both sides” had validity.

2. The brutality of American slavery is diminished.

As recently as 2015, a textbook published by McGraw-Hill was still softening the violence of racial history by referring to black slaves as “workers." McGraw-Hill later apologized and corrected the gaffe. A quarter of Texas students used the book before it was pulled from classrooms.

The most widely used standard map in social studies and history classes in Boston is several centuries old, and actually portrays Northern Europe as much larger than it really is, while diminishing the scale of Africa. Advocates for newer maps say the old maps push a Eurocentric point of view that is steeped in colonialism.

4. Arizona forbids non-white students from learning their own history.

The Arizona state government shut down an ethnic studies course on Mexican-American history and culture in Tucson in 2011. This August, a federal judge condemned the move and said the racially motivated ban violated students’ constitutional rights.

The offensive AP Government multiple-choice question created by a Pearson study guide underlies how multiple choice tests actually narrow students’ thinking methodology into “right” or “wrong” options. When applied to questions of race and politics, the result can only be damaging. Surely, a better lesson to teach children is that these questions are always complex and multilayered.

Perhaps our new education department will take on the challenge of producing and regulating a standard curriculum that does not disempower people of color or misrepresent or lie about American history. Oh, wait — Betsy Devos’ department has already shown it is more focused on protecting male rapists than addressing real problems in American education. So, all signs point to no.