Puerto Rico is crying out for food, water and resources, so the president gave them an abstract reward 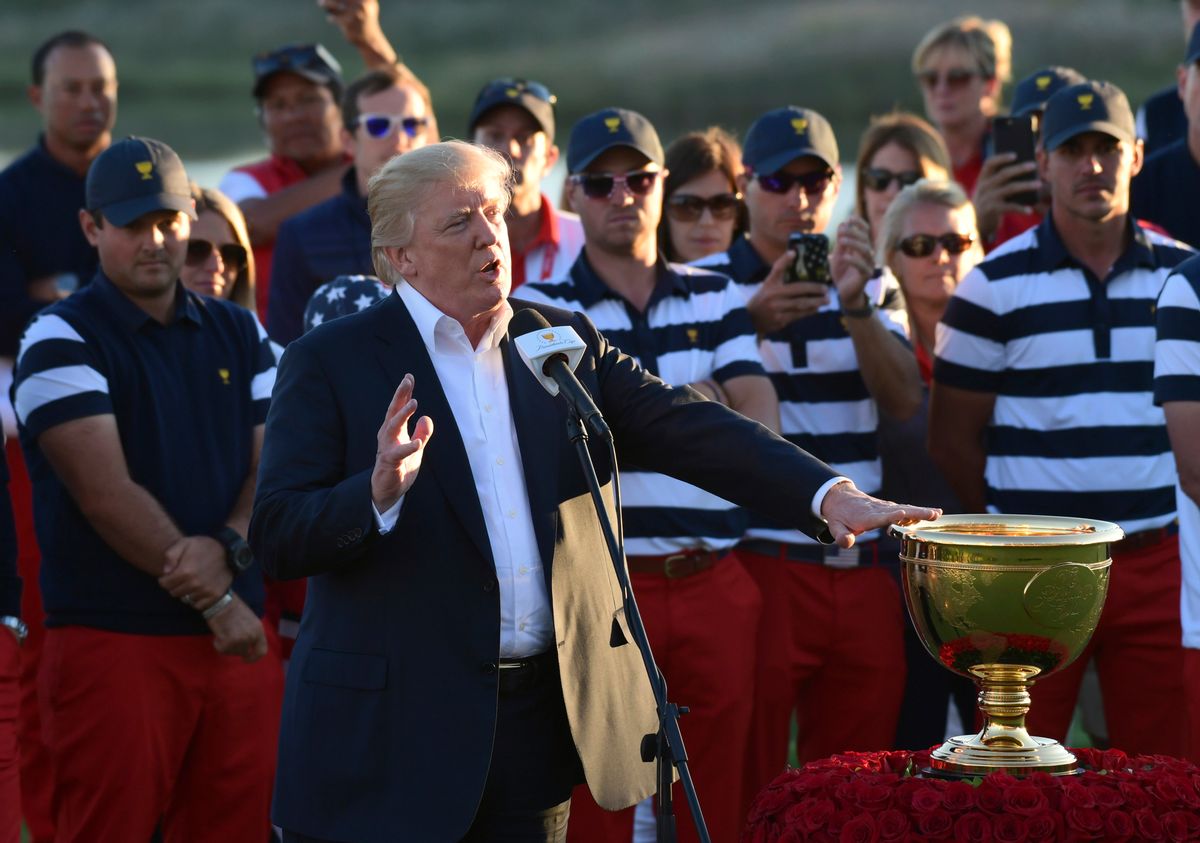 As millions of Puerto Ricans plea for aid from the U.S. government, President Donald Trump provided them a trophy at a golf tournament on Sunday.

"On behalf of all the people of Texas, and, if you look today and you see what's happening, how horrible it is but we have it under really great control, Puerto Rico. And the people of Florida who have really suffered over this last period of time with the hurricanes," Trump said.

"I want to just remember them, and we're going to dedicate this trophy to all those people who went through so much, that we love, that are part of our great state, really a part of our great nation," the president added.

A person at the trophy ceremony shouted, “You don’t give a shit about Puerto Rico!” according to reporters at the event.

The Trump administration has been under fire for inadequately responding to the disaster in Puerto Rico, where  of American citizens are without power. Trump has tried to silence the criticism by constantly extolling the recovery process.

Trump has not yet visited Puerto Rico but he has targeted Twitter attacks at Puerto Rican officials who have criticized his administration.

The president is scheduled to travel to Puerto Rico on Tuesday.