The founder of "WeRateDogs" on being a professional dog-rater 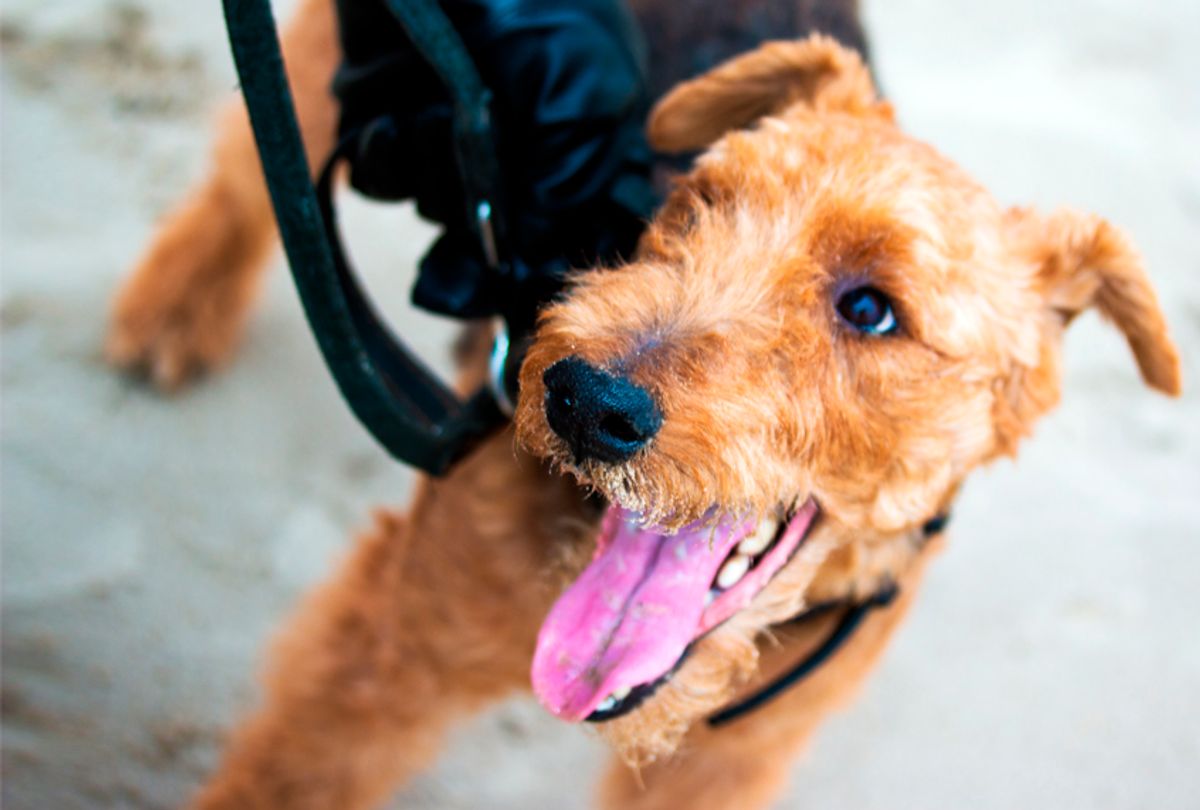 Every millennial with internet access knows this legendary Twitter reply from @dog_rates, otherwise known as WeRateDogs. Over the course of two years, creator and curator Matt Nelson has built an empire out of being the internet’s go-to dog-rater. Nelson bestows impossibly high ratings — on a 1-to-10 scale, all of his ratings are higher than 10 — on user-submitted pups, along with witty, ironic captions that are cute, hilarious, and relatable all at once.

WeRateDogs started from humble beginnings — he claims the idea was hatched at an Applebee’s in 2015 — and became an instant success. Nelson, who majored in golf management in college, used his marketing skills to turn a fun, creative outlet to a six-figure business — while popularizing slang terms for canines like "pupper" and "doggo," which have now become mainstream. With more than 3 million followers to date, WeRateDogs is a cultural force in its own right, to the extent that dog slang that Nelson popularized was employed by the official Twitter account of the CIA.

Besides being a Twitter legend, Nelson has made his mark merchandizing and, soon, publishing. “#WeRateDogs: The Most Hilarious and Adorable Pups You’ve Ever Seen” brings, as the title suggests, the cutest "smol puppers" and "floofs," some never before seen, with h*ckin' awesome ratings to match. Salon interviewed him about his print endeavor and how he got started as a professional dog-cuteness judge.

Do you consider yourself the pioneer behind terms like “pupper, doggo, woofer, etc.” or do you feel you just popularized that style of dog slang?

I did not pioneer any of the terms you mentioned, but I did notice that dog lovers seemed to readily accept them, so I'd be foolish not to incorporate them in my own work. Since my account was also growing rapidly while I used these terms, it's safe to say I played a role in their popularization.

Your tweets coined a style of gratuitous censorship — like writing “h*ck” instead of “heck” — combined with clever misspellings, that seemingly imitates how a dog might talk. Why do you think this type of humor has caught on so quickly?

I actually started using "heck" uncensored the same way I used "pupper" and "doggo," because dog lovers enjoyed it. My account was known for its innocence and purity, so why not further censor the word? I'm not sure why words like that take off, but I'm still using it today, so its effect hasn't been lost on my audience.

The Central Intelligence Agency sent out a series of tweets about their K-9 training program that mimicked WeRateDogs' posting style. How does it feel to have the CIA tweet something you popularized?

The CIA using the lingo I've coined was . . . interesting. It was clearly an attempt to be relatable but, judging by the responses it got, I think it's hard for anyone to think of an intelligence agency as just another meme Twitter account.

Do you think this good-dog image is why you’ve been able to maintain your popularity?

The affirmation that "all dogs are good" via my account has been the cornerstone of my popularity since the "Brent" debacle of September 2016. I've been pleasantly surprised that my account has maintained its passionate following for so long. Usually these things arrive quick and die quicker. I take comfort in the fact that dogs aren't going out of style any time soon.

Salon recently published this piece examining the data behind the recent rise of dog memes and the decline of cat memes. Do you feel partially responsible for this trend?

I've been asked this question a lot. I think it's undeniable that dogs have usurped cats when it comes to internet dominance, and it's hard to know whether my account sparked this, played a role in it, or took advantage of a trend independent of myself.

How you do you handle haters who visit your account?

I am absolutely horrible at handling haters. I still have no idea how to ignore them. I tweeted on my personal account the other day that my biggest takeaway from running WeRateDogs has been realizing how many people truly detest the success of others. You wouldn't think an account such as mine would fall victim to these sad individuals, but it does. And it's something I've yet to learn how to deal with properly.

My tweet style has changed a lot since my first dog rate. With a bigger audience I've had to taper my creativity down to a formula that, for the most part, will always work. The posts have gotten much less absurd and more generic in order to appeal to the greatest number of people. As you can imagine, even though every other post would go viral, I wasn't satisfied at all. There was no risk involved. I knew the jokes would do well. That's when I started @dog_feelings, an account that fills a content gap for WeRateDogs, but is also a fresh new creative outlet for me to pour my creativity into.

I’m sure you’ve come across a few copycat accounts who try to replicate your style. What makes you so authentically funny?

I've had accounts copy and paste my tweets for every post and accumulate more followers than I have until I shut them down. I've had accounts steal individual photos and captions and use them as a way to grow their own cancerous "parody" accounts. I've had major corporations tweet out and use lingo directly tied to my account without attribution or even a thought of compensation. I've had people successfully impersonate the owners of dogs I had posted and go through Twitter's incredibly broken copyright system in order to shut my account down more than once. It's been frustrating to say the least, but clearly I've tapped into something if so many people try to abuse it. I learned my style of internet humor through "Weird Twitter," a place not nearly as fun as it used to be, albeit I am looking from the outside in now. Through the process of posting several horribly crafted jokes a day, learning, and rewriting until I was able to get my desired response out my very few followers at the time, I learned to write jokes in 140 characters. Without my past experience in that section of Twitter, WeRateDogs would be just a rating and a picture. Instead, I learned how valuable those characters are and how to use them effectively.

Do you have a personal twitter for not-dog related memes?

I do! It's @matt___nelson. I'd say it's a "behind the scenes" of WeRateDogs, but it's also where I'm much more opinionated. It's my creative outlet for things not appropriate for my dog accounts.

You’ve raised a lot of money for animal charities; would you ever start one of your own?

When I think about the directions WeRateDogs could go, charity work always crosses my mind. I didn't make this account with any charitable goals in mind. I made it to make people laugh, but our influence is insane and it's a route that we definitely can't ignore.

What can readers expect from your new book?

Readers of #WeRateDogs can expect a combination of never-before-seen pups and the greatest hits of @dog_rates over the last year or so. They will also have their vocabulary expanded. We added a dogtionary at the end with some personally defined terms I use on the account and frequently in the book.

Now that you’ve got publishing down, what’s next?

When people ask me about my future goals with this business, it's hard for me to answer. Every opportunity I've been exposed to from running this account has come to me. I didn't go searching for a book deal (I didn't know such a thing based on a Twitter account was even possible). We have some things in the works that we hope our audience enjoys, but I'm just as optimistic and excited about what's next as you are.

What would you rate your book?

The book is a 13/10 — it's wonderful. I'm grateful for such an amazing opportunity and I'm incredibly proud of it. I'd like to thank all the contributors and everyone who worked so hard on making it what it is. However, that 14/10 is still out there.

“#WeRateDogs: The Most Hilarious and Adorable Pups You’ve Ever Seen” is available Oct. 3, 2017.