One year after winning a century-long battle to build the museum, we find it's needed now more than ever 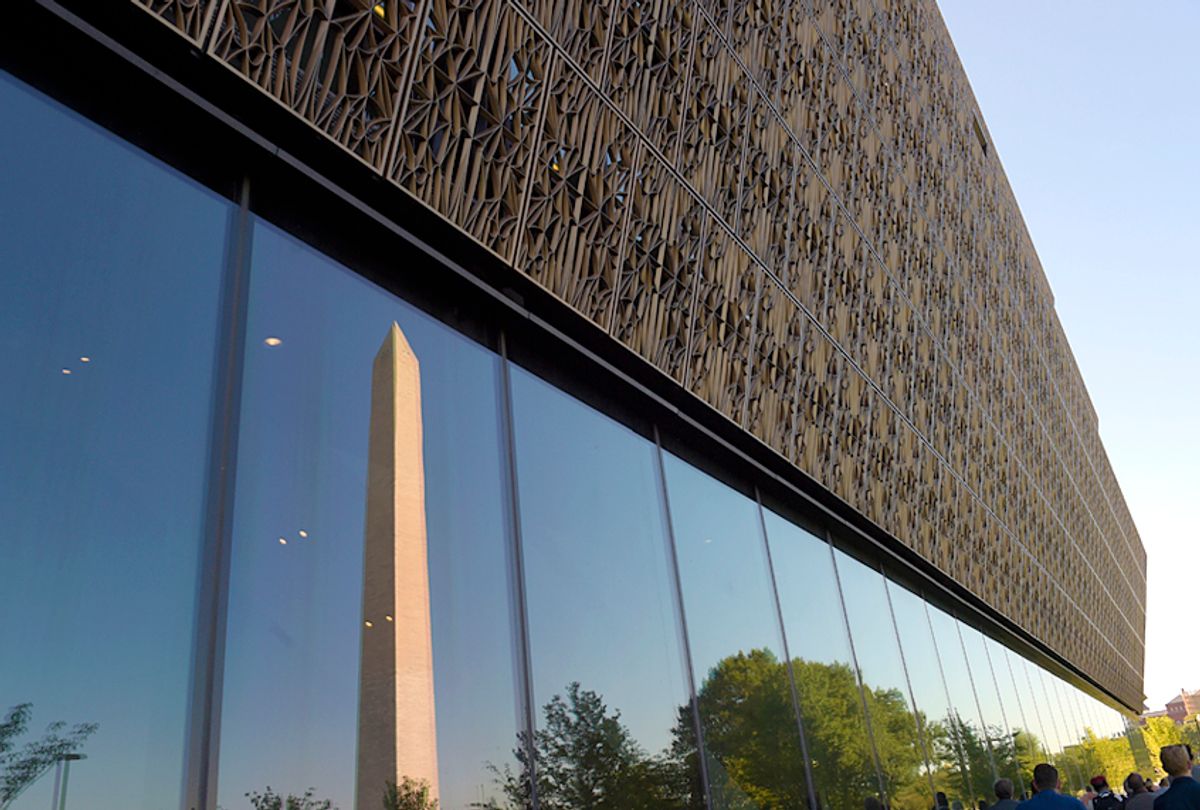 The National Museum of African American History and Culture has been open for a year now. The museum has received rave reviews, and it has quickly become one of the Smithsonian’s biggest attractions, with over 2.5 million visits in its first year. The museum’s mission — to “explore what it means to be an American and share how American values like resiliency, optimism, and spirituality are reflected in African American history and culture” — clearly resonates with the public.

Ironically, as the nation celebrates the museum’s anniversary, we are also debating the meaning of Confederate monuments.

Perhaps this dissonance was inevitable.

In 1915, D.W. Griffith released “The Birth of a Nation.” This epic (and racist) motion picture portrayed antebellum blacks as perfectly contented slaves, Confederate soldiers as heroes, and black Union soldiers as brutes intent on dominating whites and molesting white women. It lionized the Ku Klux Klan for lynching blacks and preventing black men from voting. Upon the movie’s release, The Confederate Veteran magazine gushed about its depiction of the Klan having “added an unwritten amendment to the Constitution of the United States . . . [that] the American nation shall forever have a White man’s government.”

Horrified blacks and sympathetic whites protested this whitewashed version of slavery, the Civil War and of black soldiers and citizens. In response to "The Birth of a Nation," Carter G. Woodson founded the organization that would later give us Black History Month. But something else quite significant also happened: In 1916, blacks began organizing to build a memorial to African-American soldiers and sailors. The mission quickly broadened to construct a “national memorial building” to document all forms of “Negro achievement and contributions to America.” The organizers of the proposed African-American memorial blasted its counter-narrative to Griffith’s movie across the top of flyers for one of its first rallies, proclaiming “THE BIRTH OF A RACE.” Such was the birth of the movement to create the museum, which finally opened in 2016, exactly 100 years later.

The die was cast. D.W. Griffith and other sympathizers of the Confederate “Lost Cause” sought to justify the slavery, segregation and disenfranchisement of blacks by dehumanizing them. Blacks had an existential need to respond, and one such response was the effort to create an institution to affirm their contributions and their rightful place as equal American citizens.

This early 20th century battle over memory was fought with words, but with the intensity of Gettysburg. Congressman John E. Rankin of Mississippi argued against a memorial to African-American achievement because “the people of the South have done more to take the Negro from his natural state of savagery, . . . [and] the white man in the South is the best friend the Negro ever had or ever will have again.” He maintained that “there never was a Negro regiment on earth, and there never will be, equal to a regiment of Confederate veterans during the Civil War.” The United Daughters of the Confederacy took a subtler, more romanticized approach. They proposed legislation for a monument to the “Faithful Colored Mammies of the South” in the nation’s capital, a measure that passed the full Senate in 1923 but thankfully never became law.

Through persistent efforts, a bill to construct the national African-American memorial building actually passed Congress in 1929, but Rankin and other opponents successfully blocked its federal funding, dooming the effort, particularly with the subsequent onset of the Great Depression. It would take Congress almost 75 years to right that wrong, with Congressman John Lewis leading a bipartisan coalition to pass the 2003 law to fund, build and finally open the Smithsonian’s newest jewel.

At the one-year mark of the museum's opening, the battle over memory still rages. Exhibit A is the debate about Confederate monuments. Interestingly, many monument defenders contend they promote only “heritage,” and that slavery and white supremacy were not prominent aspects of the Confederacy. History proves otherwise. South Carolina, the first state to secede, complained in its “Declaration of Causes” of “increasing hostility on the part of the non-slaveholding States to the institution of slavery,” and of the election of President Lincoln, “whose opinions and purposes are hostile to slavery,” and concluded war was necessary because “the public mind must rest in the belief that slavery is in the course of ultimate extinction.” The Texas “Declaration of Causes” could not have been more overt in its white supremacy, pronouncing “as undeniable truths” that the Confederacy was “established exclusively by the White race, for themselves and their posterity,” and that “the African race . . . were rightfully held and regarded as an inferior and dependent race, and in that condition only could their existence in this country be rendered beneficial or tolerable.” This explicitly racist history of the Confederacy is rightfully depicted in the museum.

Lonnie Bunch, the founding director of the museum, has explained that its utmost priority will always be, in the words of the preeminent historian John Hope Franklin, to “tell the unvarnished truth.” This is no easy task. As James Baldwin told Congress when advocating for the museum nearly 50 years ago, “my history . . . contains the truth about America.  It is going to be hard to teach it.”

One year in, America should be thankful that it finally built this museum of hard truths.

Robert L. Wilkins is the author of "Long Road to Hard Truth: the 100-year Mission to Create the National Museum of African American History and Culture," and he served on the Presidential Commission that planned the museum.