The host acknowledges the president's awfulness has become predictable 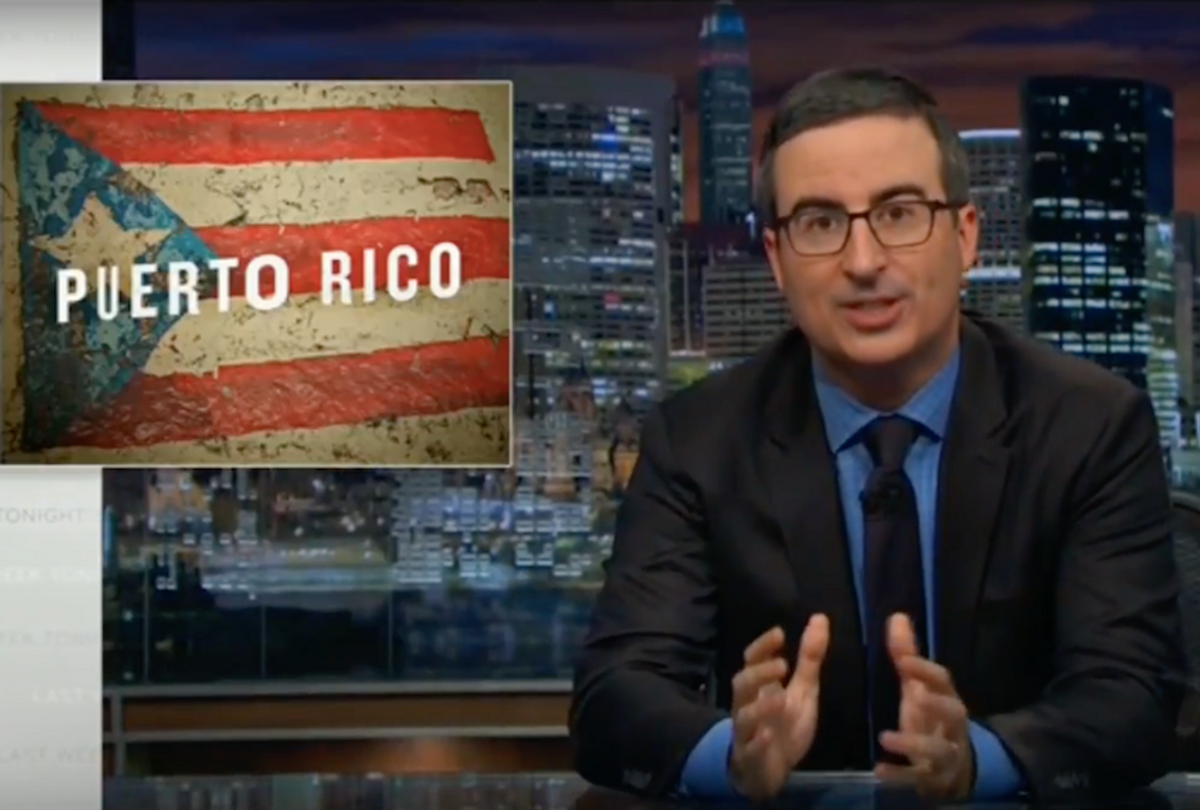 On Sunday, HBO host John Oliver directed his ire toward President Trump for his ignorant and vacuous take on the humanitarian crisis in Puerto Rico following Hurricane Maria.

“How are you even trying to take a victory lap right now?” the "Last Week Tonight" host asked incredulously. “The only way he could have saved that statement was to say, ‘And don’t forget, I just kind of ramble, I know nothing, I talk because silence sounds weird.'"

Oliver described the president's Twitter attacks on the people of Puerto Rico and the mayor of San Juan as "depressingly predictable."

The host compared the president to a "parrot who's memorized some human sounds."