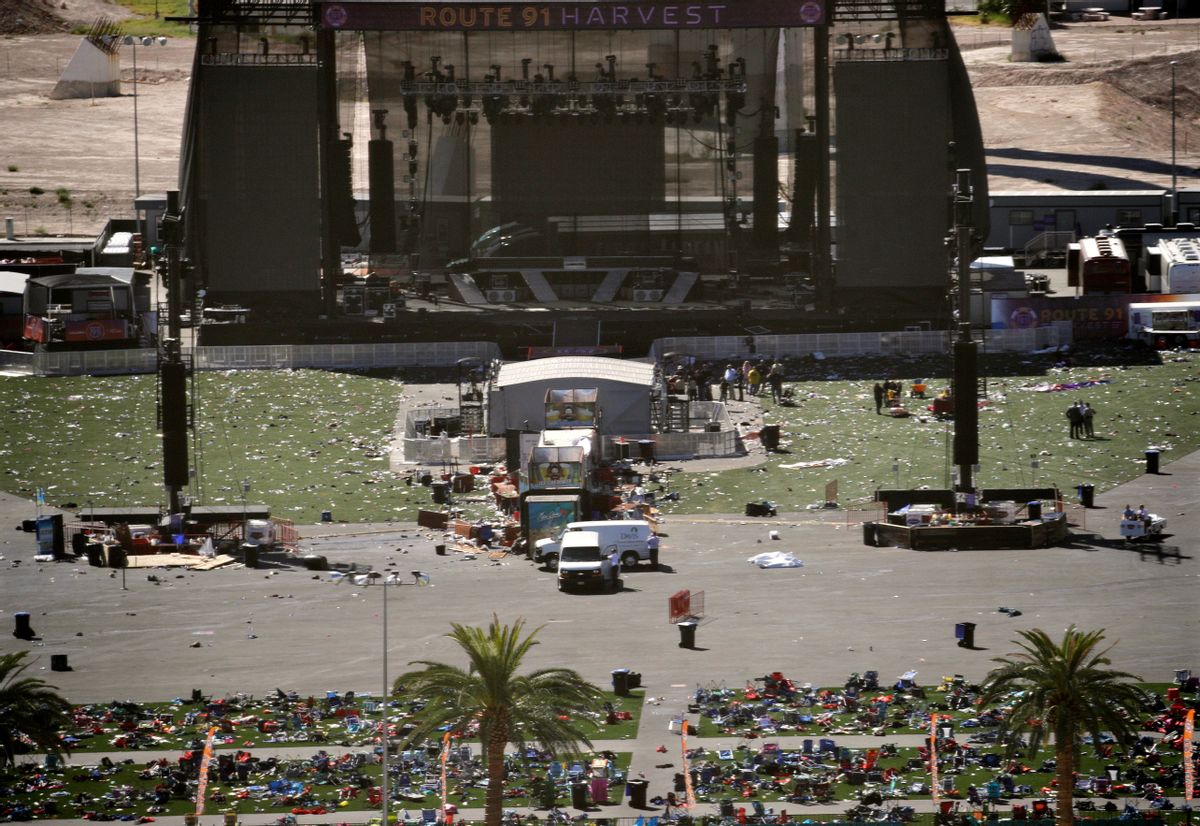 Josh Abbott Band guitarist Caleb Keeter took to Twitter Monday to announce that he was no longer a guns right activist. His band performed at the Route 91 Harvest Festival on the Las Vegas strip Sunday night, when the concerts were cut short by a gunmen. Latest reports indicate that 58 people were killed and 515 were hurt.

The experience apparently forced Keeter to flip his stance on the 2nd Amendment.

"I've been a proponent of the 2nd Amendment my entire life," he wrote in a statement posted on Twitter. "Until the events of last night. I cannot express how wrong I was. We actually have members of our crew with [license to carry], and legal firearms on the bus. They were useless."

Keeter explained that no guns would have protected him and his band in the situation they found themselves.

"We couldn't touch them for fear police might think that we were part of the massacre and shoot us," he said. "A small group (or one man) laid waste to a city with dedicated, fearless police officers desperately trying to help, because of access to an insane amount of fire power.

"Enough is enough," he added.

Keeter then detailed how he was forced to draft up a living will out of fear that he was not going to make it through the night.

"Writing my parents and the love of my life a goodbye and a living will because I felt like I wasn't going to live through the night was enough for me to realize that this is completely and totally out of hand," he said. "We need gun control right now. My biggest regret is that I stubbornly didn't realize it until my brothers on the road and myself were threatened by it."