Will the Las Vegas shooting be a wake-up call to Congress?

"Congress has failed" on gun regulation, says the deputy legal director of Everytown for Gun Safety 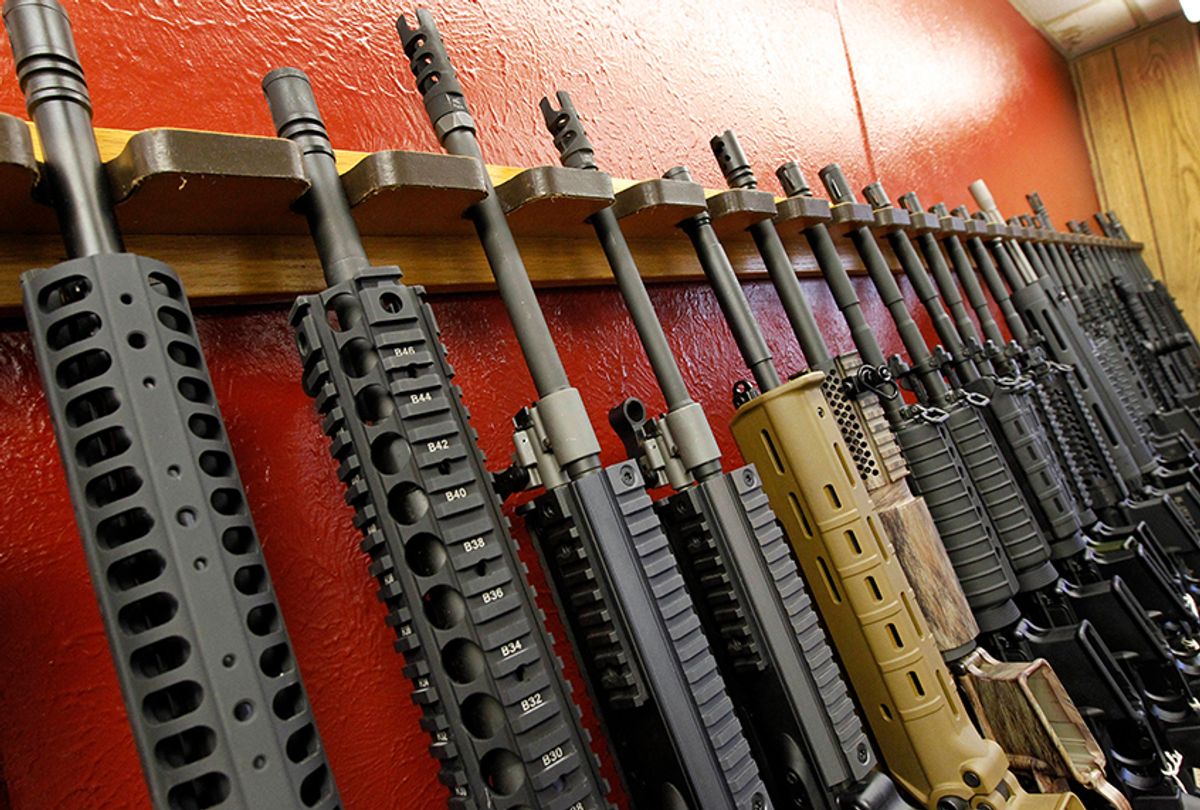 A shooter sprayed hundreds of bullets into an outdoor concert from his hotel room on the Las Vegas strip, killing 58 people and injuring at least 500 more. The shooter was allegedly Stephen Paddock, 64, a retired accountant, who, officials say, killed himself in his hotel room after the massacre. The death toll in Las Vegas Sunday night marks one of the deadliest mass shootings in modern U.S. history.

Billy Rosen, deputy legal director at Everytown for Gun Safety, a group fighting to reduce gun violence, joined Salon's Andrew O'Hehir and Amanda Marcotte on "Salon Talks" to discuss the aftermath of the shooting and the gun legislation that is front and center during this crisis.

"When you think about the political landscape, right now," O'Hehir said, "a lot of people have been wondering, especially in the context of a country music event, which is — let's just go for the stereotype here — likely to have involved a lot of conservatives, a lot of possibly gun owners, perhaps second amendment purist-type supporters, do you see the possibility of this event serving as a wake up call for anyone?"

"I wish I could say yes, but I think that after Sandy Hook it's very difficult," Marcotte said.

Rosen does see some progress post-Sandy Hook, primarily with legislation on the state level. "Since the beginning of 2013, we've seen seven states enact laws to require background checks on all gun sales," he said. "We've seen 24 different states enact a law to keep guns out of the hands of domestic abusers—soon to be 25, actually, because just last week, we had a big victory in Rhode Island."

"Certainly, Congress has failed and we need to hold them accountable," Rosen continued, "but lest people become overcome with a pessimistic despair, there is progress being made... mostly at the state level."