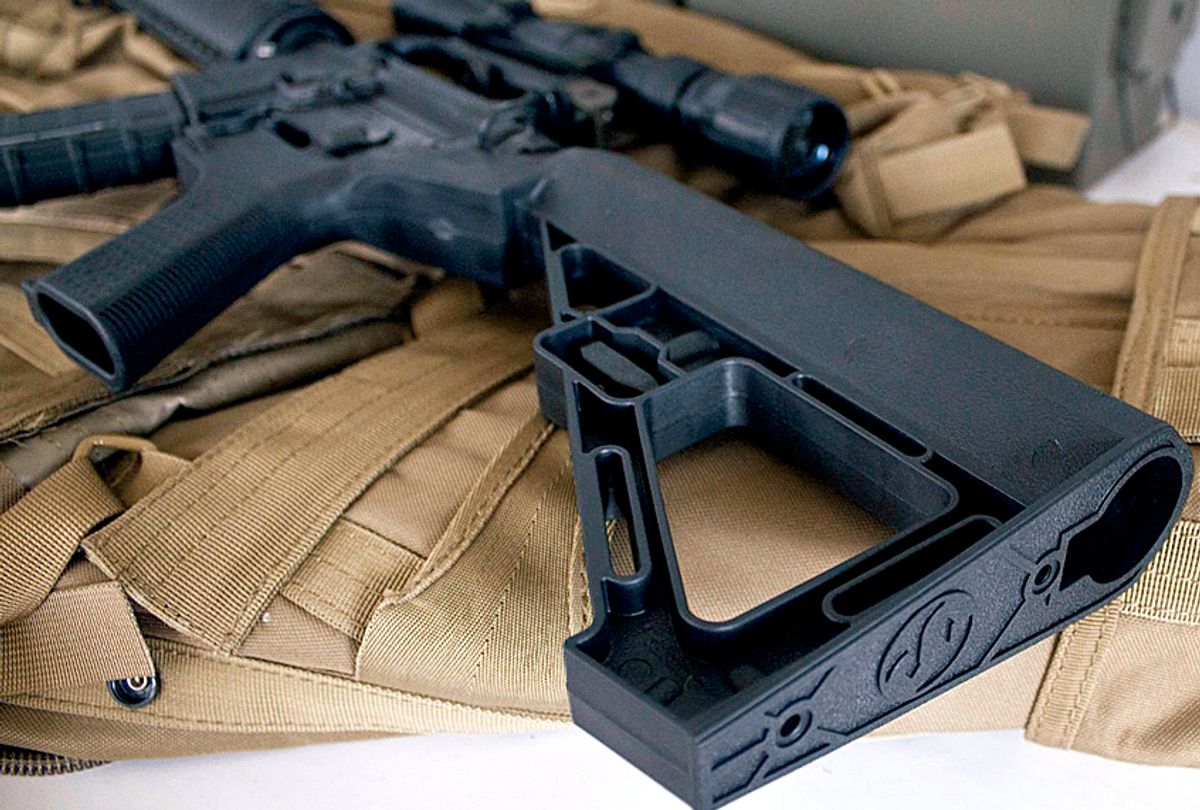 The gunman in Las Vegas who murdered at least 59 concertgoers and injured over 500 others was in possession of two legal firearm attachments that essentially convert a semi-automatic weapon to a fully automatic weapon.

Stephen Paddock had two of these devices, known as "bump-stocks." Authorities are still investigating if they were used in the massacre, according to the Associated Press. In his hotel room he had 23 guns, some of which were rifles that had scopes. In his home in Mesquite, Nevada, authorities found 19 other weapons, several thousand rounds of ammunition and "electronic devices."

Bump-stocks, like one sold by retailer Cabela, are marketed to gun enthusiasts as "safe, legal and fun."

"Maximize your fun with this safe and innovative AR-15 stock, which uses bump-fire technology to shoot as quickly as desired," Cabela's website reads.

Semi-automatic weapons require one pull of the trigger for each round fired, but with the "bump-stock," a single trigger pull can fire multiple rounds rapidly.

The device basically replaces the gun’s shoulder rest, with a "support step" that covers the trigger opening. By holding the pistol grip with one hand and pushing forward on the barrel with the other, the shooter’s finger comes in contact with the trigger. The recoil causes the gun to buck back and forth, 'bumping' the trigger.

Technically, that means the finger is pulling the trigger for each round fired, keeping the weapon a legal semi-automatic.

Despite the possession of the legal devices, it's unlikely President Donald Trump will act on gun control.