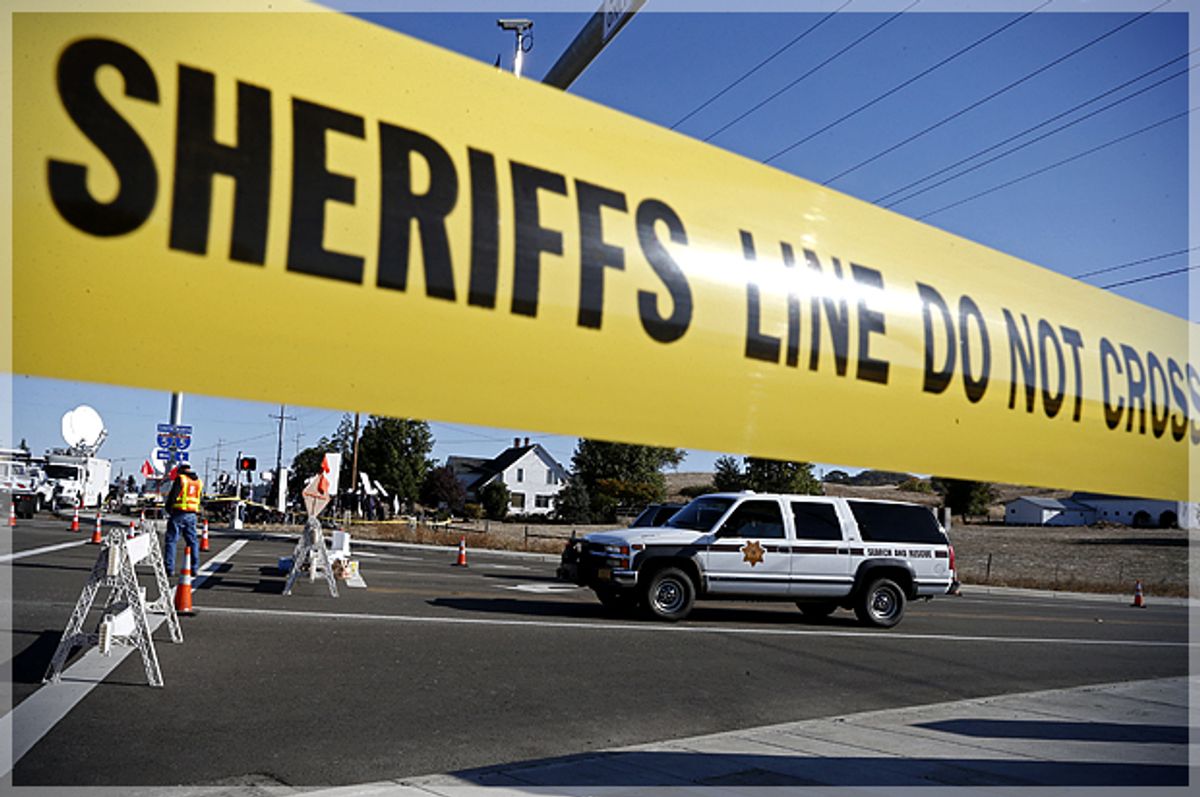 After a gunman killed nine people in a historically African-American church in Charleston, South Carolina on June 17, gun safety advocates responded with calls to expand the national background check system. Just as quickly, the National Rifle Association (NRA) reacted to those calls, slamming gun safety groups for "exploiting" the tragedy for "political purposes."

One month later, another gunman killed five members of the military at a naval facility in Chattanooga, Tennessee. The NRA was again quick to respond, but this time claimed the incident provided proof that firearm policies on military bases must be changed to loosen the rules about service members carrying guns.

So which is it? The NRA apparently thinks it is exploitative to discuss gun violence following mass shootings — unless, of course, the discussion is about why we should loosen gun laws. Their stance on the issue changes based on how to best advance the organization's interests.

Following the mass murder at Mother Emanuel AME in Charleston, the NRA went into its post-mass shooting standard operating procedure — shutting down its social media accounts and refusing to speak to the press. Two days later, the NRA's media arm addressed the shooting, with NRA News host Cam Edwards opining that it was "completely inappropriate" to discuss gun policies the day after the incident, adding, "I did not receive a single email communication chastising me or complaining that we should have been talking about policy and politics as opposed to remembering the victims in Charleston."

Soon, though, the NRA was forced to issue an official statement after one of its board members created controversy by blaming the shooting on the church's slain pastor, who was a supporter of gun safety policies.

While distancing itself from the board member's comments, the NRA claimed on June 20 that out of "respect" for the victims, "we do not feel that this is [a] appropriate time for a political debate," adding, "We will have no further comment until all the facts are known."

Three weeks later, the NRA did offer an additional comment on the Charleston shooting, following a push by gun safety advocates for expanded background checks. (It would later be revealed that the gunman was able to purchase a weapon despite being legally prohibited because of an NRA-backed loophole in federal law.) In a July 8 statement attacking gun safety groups, the NRA said, "gun control advocates are offering a solution that won't solve the problem. Even they admit that the legislation they are pushing wouldn't have prevented the tragic crimes they are exploiting for political purposes."

The NRA has continued to advance this narrative on the Charleston shooting and proposed gun law reforms. In a July 17 post on the website of its lobbying arm, the NRA lashed out at Rep. James Clyburn, D-S.C., after the South Carolina congressman proposed eliminating the NRA-backed loophole that helped arm the Charleston gunman.

Clyburn was "exploiting a recent tragedy" according to the NRA, which also said, "Gun control advocates are shameless in their willingness to exploit tragedy to achieve their agenda." The NRA re-published its attack on Clyburn at the conservative news website Daily Caller on July 19.

The very next day, the NRA's top lobbyist used the July 16 Chattanooga mass shooting to call for changes to gun laws, telling Military Times, "It's outrageous that members of our armed services have lost their lives because the government has forced them to be disarmed in the workplace. Congress should pursue a legislative fix to ensure that our service men and women are allowed to defend themselves on U.S. soil."

So when the NRA called for a policy change it claimed was justified by the Chattanooga shooting, was it exploiting those victims?

The fact is that after pretty much any high-profile national event, mass shooting or otherwise, policy debates are often triggered. In the NRA's hypocritical world view, however, calls for stronger gun laws are disrespectful, exploitative, and shameless -- while calls for less restrictions are sensible, timely, and relevant. Even worse, the gun group's post-shooting strategy operates from behind a façade of "respect" for the victims.

The NRA's doublespeak on Charleston and Chattanooga, however, reveals that its real concern is its own agenda.