Before the president goes to Puerto Rico, he blames the residents and brags about his popularity 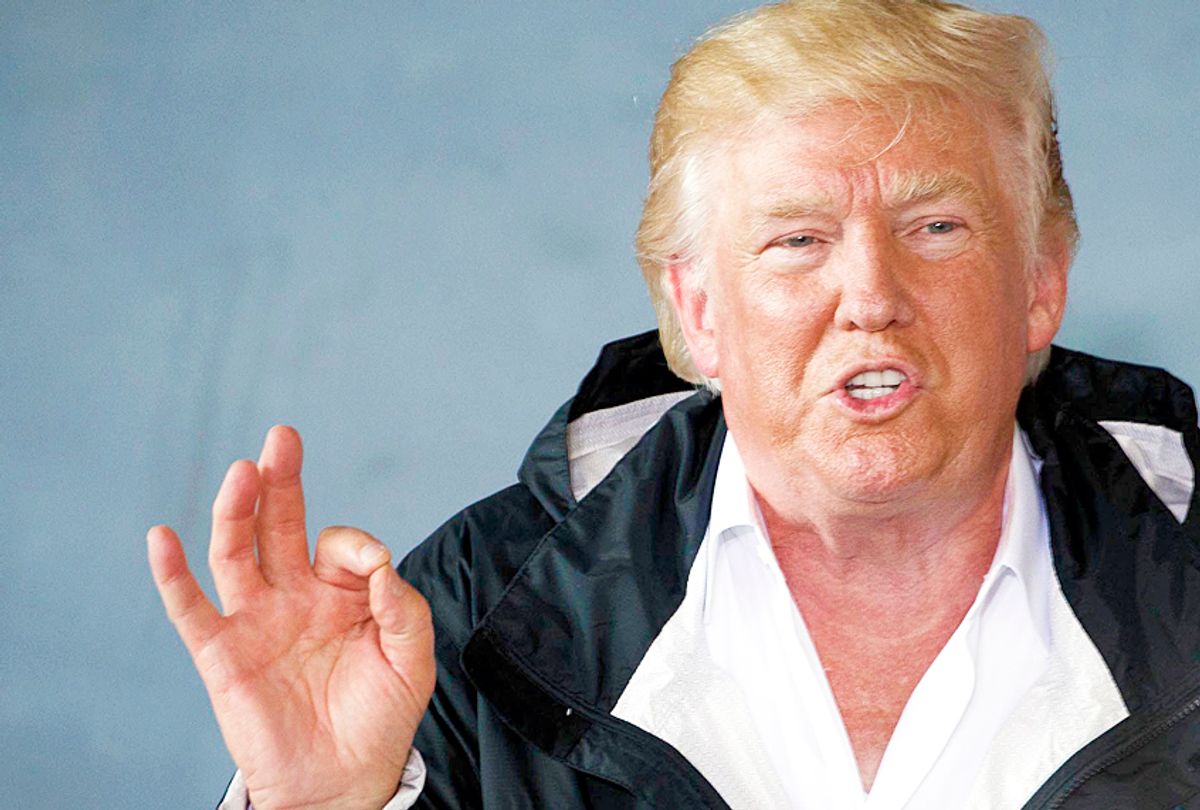 Just before President Donald Trump departed for Puerto Rico on Tuesday, he took one final swing at the Americans on the island desperately awaiting aid from the federal government.

"On a local level, they have to give us more help," Trump told a pool of reporters Tuesday morning. "But I will tell you, the first responders, the military, FEMA, they have done an incredible job in Puerto Rico."

Clearly agitated from the negative reviews of his clean up efforts thus far, Trump again insisted that everyone in Puerto Rico is thankful for what he has done.

"Well, I think [Carmen Yulin Cruz] has come back a long way. I think it's now acknowledged what a great job we've done, and people are looking at that. And in Texas and in Florida, we get an A-plus," Trump said. "And I'll tell you what, I think we've done just as good in Puerto Rico, and it's actually a much tougher situation. And whether it's her or anybody else, they're all starting to say it. I appreciate very much the governor and his comments. He said we have done an incredible job, and that's the truth."

Trump abbreviated that comment by taking a shot at the truck drivers in Puerto Rico, who he said are not carrying their fair share of the weight.

"But now the roads are cleared, communications is starting to come back. We need their truck drivers to start driving trucks."

There have been rumors swirling in recent days, propagated by conservative websites such as Gateway Pundit, that truck drivers were on strike in Puerto Rico. But, according to the International Brotherhood of Teamsters, the local union of truck drivers in Puerto Rico, these stories are false.

"These viral stories spreading across the internet are nothing but lies perpetrated by anti-union entities to further their destructive agenda," Teamsters General President Jim Hoffa said in a statement."The fact that they are attempting to capitalize on the suffering of millions of citizens in Puerto Rico that are in dire need of our help by pushing these false stories, just exposes their true nature."