U.S. votes against U.N. resolution condemning death penalty for LGBT people; is this who we are?

We joined our allies Saudi Arabia, Iraq, Qatar and the United Arab Emirates in opposing the measure 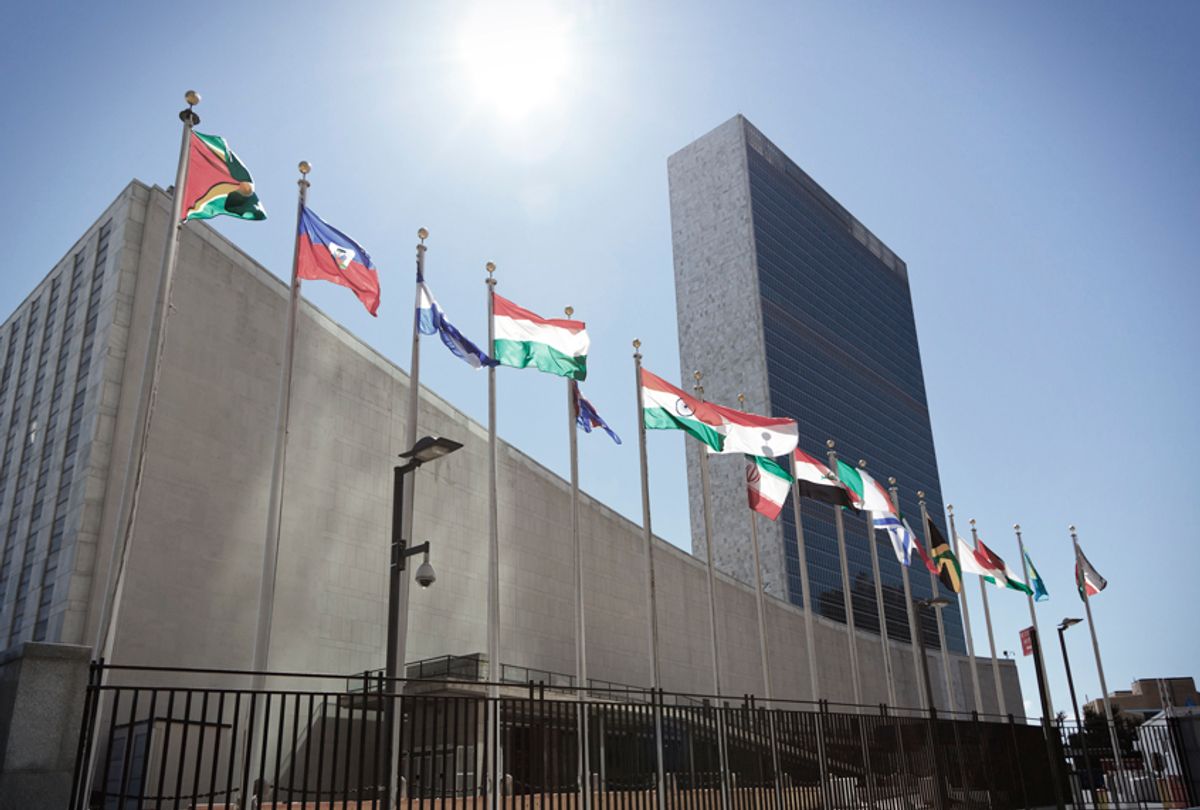 Last week, the United Nations Human Rights Council approved a resolution condemning the use of the death penalty in a discriminatory manner such as consensual same-sex relations. Along with 13 other nations, the United States voted against it. Instead, the U.S. sided with allies such as Saudi Arabia, Iraq, Qatar, Japan and the United Arab Emirates. Bangladesh, China and India also voted against the measure, which still passed along a 27-13 margin.

"The resolution asked countries that have not yet abolished the death penalty to ensure that it is not 'applied arbitrarily or in a discriminatory manner' and that it is not applied against persons with mental or intellectual disabilities and persons below 18 years of age at the time of the commission of the crime, as well as pregnant women," according to the International Lesbian, Gay, Bisexual, Trans, and Intersex Association (ILGA).

The resolution does not outlaw the use of the death penalty. Instead, it merely condemns its use in cases of "apostasy, blasphemy and adultery" an other similar instances.

"It is unconscionable to think that there are hundreds of millions of people living in States where somebody may be executed simply because of whom they love" Renato Sabbadini, Executive Director of ILGA said. "This is a monumental moment where the international community has publicly highlighted that these horrific laws simply must end."

LGBT rights activists criticized President Donald Trump's administration and U.S. ambassador to the U.N., Nikki Haley, for not supporting the resolution. Yet, don't go thinking this stance is anything new or localized to the 45th president's administration. The U.S. has never voted to support any U.N. measure that condemns the death penalty in any way. The Obama administration did abstain from a similar vote in 2014, according to BuzzFeed News, though that one did not contain provisions for LGBT individuals.

"Ambassador Haley has failed the LGBT community by not standing up against the barbaric use of the death penalty to punish individuals in same-sex relationships," Ty Cobb, director of Human Rights Campaign Global said in an emailed statement after the vote, BuzzFeed reported.

"While the UN Human Rights Council took this crucially important step, the Trump/Pence administration failed to show leadership on the world stage by not championing this critical measure. This administration's blatant disregard for human rights and LGBTQ lives around the world is beyond disgraceful," he added.

While the U.S. has offered no explanation for its vote to this point, it certainly didn't break from longstanding tradition, one that may allow issues of capital punishment for LGBTQ individuals targeted for nothing more than their sexual preferences to go forward without objection out of economic or strategic expediency (or sometimes for domestic, political reasons). Either way, it raises significant questions: Is this what we want from our country? Is this justice? Is this who we are?

In the recent past and the present moment, this is exactly who we are.