Matt Shorraw, 26, will be elected mayor of Monessen, PA, in November. Here's why he ran and what he wants to do 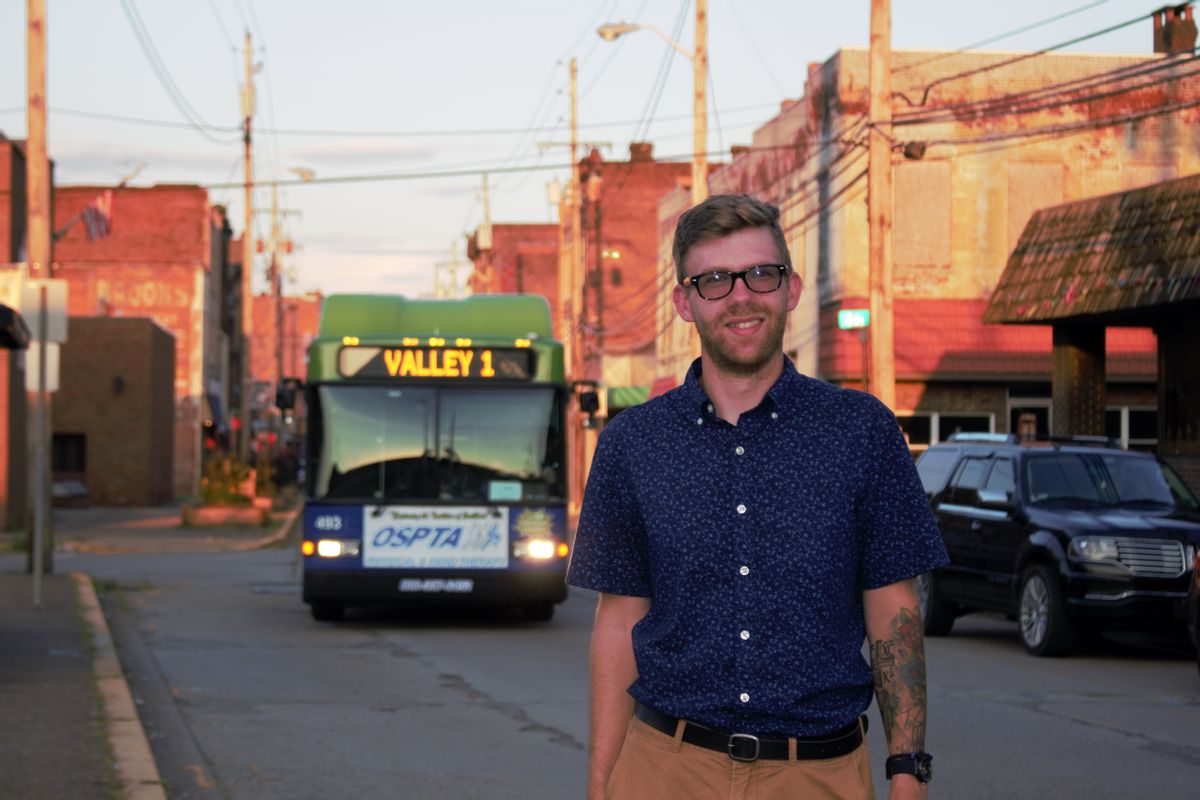 On the morning of May 17, Matt Shorraw, 26, woke up as the presumptive mayor-elect of one of the famed former steel towns in Southwestern Pennsylvania’s Mon Valley.

“I was shocked. I drove around the city, and I was thinking, this problem is mine, and that pothole is mine. So I had a moment.”

No doubt, he feels the weight of legacy, and of Monessen’s economic strife, but come November, Shorraw, a Democrat, will be the only name on the ballot. (Monessen, with its storied past of labor organizing, hasn’t had a Republican mayor since 1930.)

Despite criticisms from the incumbent Democratic mayor Lou Mavrakis that Shorraw is “just a kid,” Shorraw’s hopes to get the small city — which saw its heyday finally sunset in 1987 when the Wheeling-Pittsburgh steel mill closed — back to some semblance of economic prosperity. Recently he’s also lost multiple friends to drug overdoses — Westmoreland County’s drug OD numbers have risen to 174 in 2016 from 22 in 2004 — and he wants to combat that, too.

Their “mixed marriage” in 1951 “was quite progressive,” Shorraw said.

His grandmother raised him, telling him stories of the mill and her years stocking frozen food in the downtown’s busy A&P grocery store.

The city’s population peaked at just over 20,200 in the 1930s, mostly second-generation immigrants. In 2016, Monessen had just 7,413 residents. Over the past several decades, hundreds of businesses have closed. Young people left.

Shorraw decided to stay after he graduated from Monessen High School in 2009, where he led a Youth Council and became involved in the city’s historical society.

He continued to live with his grandmother while he studied voice at California University of Pennsylvania — 10 miles down the Monongahela River. He’s still finishing a graduate degree there in music technology.

“She would say, ‘Let someone else worry about it. Don’t stay here, move somewhere else.’” Shorraw said. “A lot of people think Monessen is unfixable.”

“He preached a lot about bringing Monessen’s steel jobs back, which is probably not going to happen. The steel mill has been closed for 30 years,” Shorraw said.

Shorraw organized a counter protest and decided it was the right time to run.

“The direction the city was going, all the problems we faced, the presidential election and him [Trump] coming here, just really told me ‘You need to do something.’”

This August, the sun set over Donner Avenue, Monessen’s main drag, coloring abandoned storefronts in orange and pink. Neighbors stop him as he passes.

”He has such passion, you know you just can’t resist him. I love him, I really do,” said Monessen resident Donna Majors, 45, who recently opened a 24-hour Christian-based daycare in town.

Shorraw’s plan is to attract more small businesses to the area “that match what the rest of what the region is doing, whether that’s tied to natural gas or making parts for computers. We can’t do this in a bubble.”

“I worked 19 years on the coke ovens where you couldn’t see five feet in front of your face,” Mavrakis said. “Ask him if he’s ever had a job.”

Shorraw, who assists in leading the Monessen High School marching band and a capella group, said he’s “concerned” about the write-in campaign, but feels he has the community’s support.

“I’m confident that there are lot of people that are willing to make things happen and willing to come together.”