Conservative columnist: It's time to repeal the Second Amendment 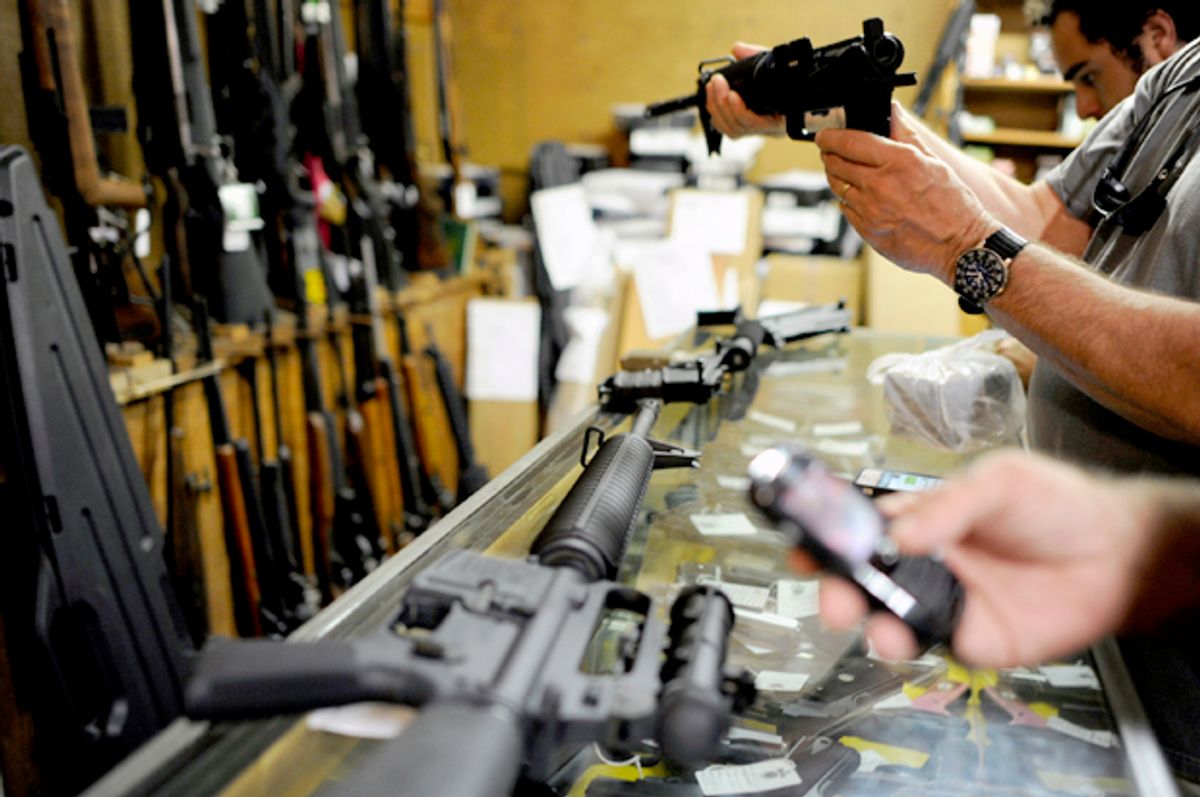 In the wake of the Las Vegas massacre in which at least 59 people were killed and hundreds more were injured — in what is now the deadliest mass shooting in the country's modern history — astonishing statistics unique to the United States have resurfaced.

In just the last 50 years, more American citizens have died from gunshots than in the entire country's history of wars; more than 1.5 million people since 1968, NBC News reported, using data from the U.S. Center for Disease Control and Prevention.

"What we've seen in Las Vegas is a uniquely American scene," former FBI agent Ali Soufan told MSNBC. "The aftermath of such traumatic events have become an all too familiar scene in our society and in our politics, unfortunately."

But along with the usual hyperpartisan and seemingly unbending gun control debate — which generally follows such tragic events in this country — a surprising consensus has emerged.

Some Republicans, including Rep. Carlos Curbelo of Florida, have suggested taking some limited action on gun control. Curbelo said he would support a ban on "bump stocks," which allow a semi-automatic weapon to essentially become a fully automatic one, and are completely legal. At least one bump stock was discovered by police in the hotel room of the Las Vegas shooter. Even House Speaker Paul Ryan, R-Wisc., has said the legality of the devices should be looked into.

A mere 3 percent of American adults own half of the entire nation's guns, according to a Washington Post article from Sept. 2016. And while the overall rates of gun ownership have declined, "the number of firearms in circulation has skyrocketed," the Post writes.

"The implication is that there are more guns in fewer hands than ever before. The top 3 percent of American adults own, on average, 17 guns apiece, according to the survey's estimates," the Post reported.

These harrowing statistics tell a unique tale about a country that has long been obsessed with, and has fetishized, a culture of gun ownership. Reflecting this newfound shift in gun control views of conservatives, New York Times columnist Bret Stephens penned an op-ed on Thursday entitled "Repeal the Second Amendment."

Repealing the Amendment may seem like political Mission Impossible today, but in the era of same-sex marriage it’s worth recalling that most great causes begin as improbable ones. Gun ownership should never be outlawed, just as it isn’t outlawed in Britain or Australia. But it doesn’t need a blanket Constitutional protection, either. The 46,445 murder victims killed by gunfire in the United States between 2012 and 2016 didn’t need to perish so that gun enthusiasts can go on fantasizing that “Red Dawn” is the fate that soon awaits us.

President Donald Trump has been largely quiet on gun control, perhaps due to his close relationship with the National Rifle Association, and fear that taking action on guns in the U.S. would outrage his base. Most Republicans in Congress have issued hollow condolences and familiar platitudes, deferring any concrete talk of legislation that might prevent future tragedies.

Notably, both Inhofe and Thune have received "A+" ratings from the NRA.

A widely circulated op-ed in The Washington Post this week argued that gun control wasn't the answer and that research proved it. However, as German Lopez of Vox Media argued, the Post op-ed offered little research to support that viewpoint, and most of it was cherrypicked to fit a specific narrative:

Last year, researchers from around the country reviewed more than 130 studies from 10 countries on gun control for Epidemiologic Reviews. This is, for now, the most current, extensive review of the research on the effects of gun control. The findings were clear: “The simultaneous implementation of laws targeting multiple firearms restrictions is associated with reductions in firearm deaths.”