How to flip the script on unsolicited nude pics 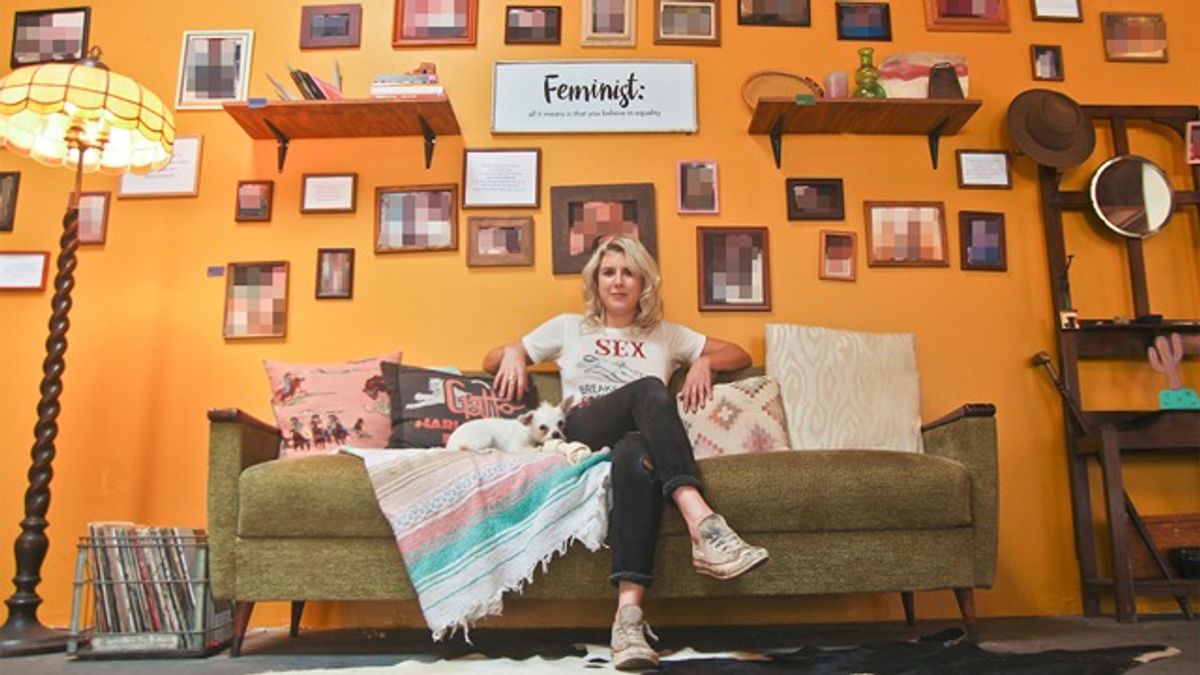 An outspoken feminist, artist and activist, Whitney Bell got sick of receiving sexually explicit and unwanted texts — that is, sexts she didn’t ask for from men featuring their genitalia. So she collected 200 of the photos she and her friends have received, framed them and displayed them in a gallery staged to look just like her home.

The show, entitled "I Didn’t Ask For This: A Lifetime of Dick Pics" started in Los Angeles and then moved up to San Francisco this summer. It will be back in LA this fall.

It turns out these unwanted missives show up on women’s phones every single day, so I was mystified as to why anyone would want to go see 200 of them on display. I talked with some of the people who attended her San Francisco event to find out what their personal experiences with salacious sexts have been.

They told me if you’re on a dating site like OK Cupid or Tinder, you’re bound to get a sext.

And if you say “no thanks?” Well then. Guys who send these unsolicited graphic pics get pretty pissy about being rejected. They’ll send you vitriolic messages full of insults or threats.

Whitney points out that getting a dick pic is pretty much part of being a millennial woman.

“Every time I tell a new woman or especially anyone in my age bracket about [my show], they're like, 'oh yeah, I've gotten so many.' Every woman has their story, or if they don't, they’re like ‘what's wrong with me that I didn't get one’ because they're so aware of the phenomenon.”

It’s the digital equivalent of getting flashed. And the sad part is, most women just . . . go with it. They’d rather take the course of least resistance than fight back — only to be further abused by a stranger with a twisted sense of his own entitlement to your attention and your body.

Listen to my conversation with Whitney for more on why she created this gallery show (and why it's so popular), how she’s handled even worse behavior than unsolicited nudes — and what she has to say about pushing back against the constant onslaught of sexual harassment that women experience: