"The Good Doctor," "Young Sheldon" speak to our need for feel-good TV 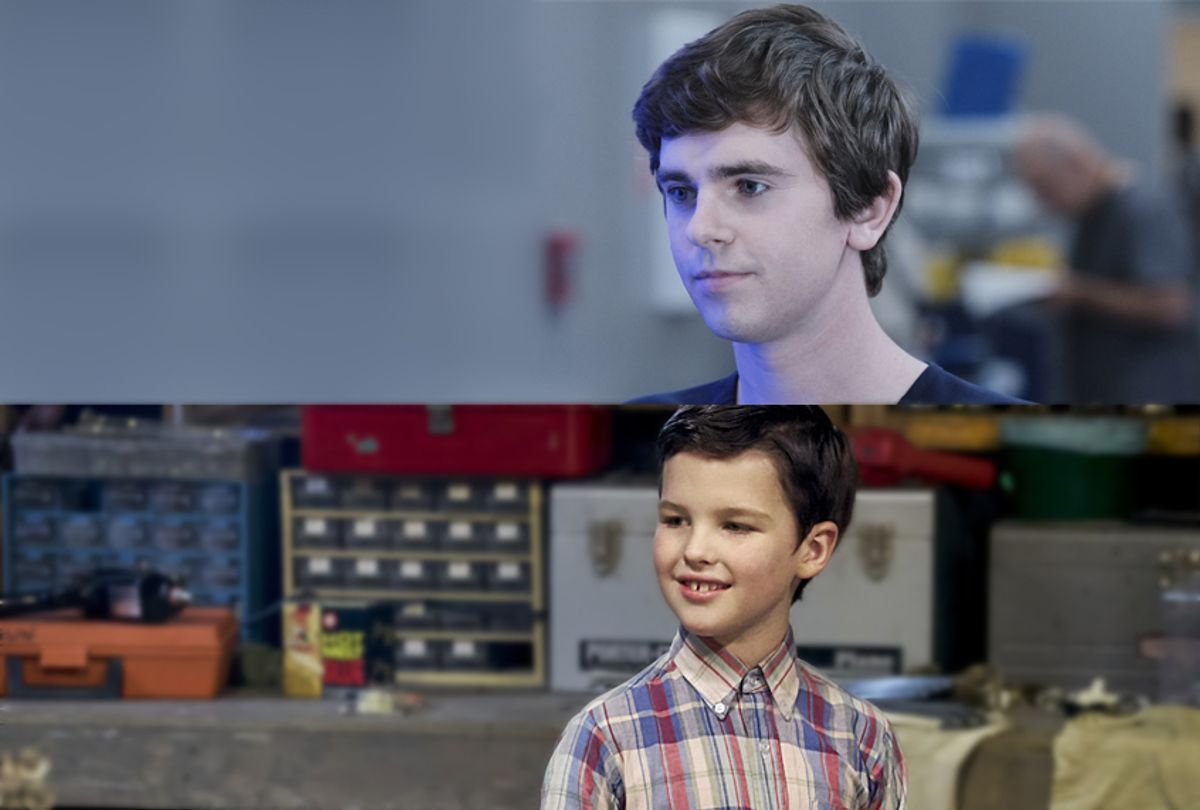 The breakout success of “This Is Us” was the first clue as to a shift in the audience’s collective feelings. The NBC drama debuted in the white heat of a presidential election cycle that proved to be a bottomless pit of new lows, spotlighting the ferocity of our political and social divisions. And yet this drama about three siblings — one of them adopted, and African-American — quietly broke through our cemented anger to become a topic of conversation. More than that, “This Is Us” became a nexus of feeling.

In the current saturated and thoroughly fractured television marketplace, this resurgent emphasis on sentiment has a demonstrable value that continues to grow, even now — especially right now.

As it stands 2017-2016 season’s most successful series debuts so are CBS’ “Young Sheldon” and ABC’s “The Good Doctor.” The former received a full-season pick-up after its first episode aired. “The Good Doctor” earned its full order following the second episode’s airing, which retained nearly all of the live audience that tuned in for its premiere.

Fundamentally “Young Sheldon” and “The Good Doctor” are different series; one is a half-hour comedy that feels more like a miniaturized drama, while the other is an hour-long that airs at 10 p.m. Monday nights. And while many industry expects “Young Sheldon” to click with viewers even CBS may not have anticipated how monstrously popular it would prove to be in its debut: it was the most successful comedy premiere in four years.

It and “The Good Doctor” follow socially awkward geniuses who are misunderstood and even shunned. Sheldon, as portrayed by Iain Armitage, moves through life like an observer of an alien species and adopts the emotional distance of a scientist with intent.

Dr. Shaun Murphy of “The Good Doctor” (played by Freddie Highmore) cannot help it if his peers are unable to connect with him, despite his best efforts, because lives with autism and savant syndrome. Separately these are underdog stories about two people striving dauntlessly in a world determined to bury them and pass them over, who nevertheless are guided by heart.

Sheldon Cooper and Shaun Murphy are lonely figures, too, and to adopt a phrase from a recent episode of “This Is Us,” they are imperfectly perfect signifiers of a culture dealing with a reality that seems to further alienate us from each other with each passing day. But in the same way the Pearsons’ individual struggles with self-worth and meaning continues to tap into a universal sense of humanity that transcends social tribalism, “Young Sheldon” and “The Good Doctor” may be speaking to a mass yearning for tenderness in the midst of an apparently ceaseless test of endurance.

Watching television should not be a brittle, challenging experience unless the viewer chooses work that means it to be so. The barrage of tragic, mournful updates out of Las Vegas and Puerto Rico over the past few days has tested us on a number of fronts, the least being our ability to enjoy facile diversion.

And on our schedules there remain a number of series that continue to hew to a definition of what constitutes greatness that may be falling out of fashion. This feels especially true of the dramas.

Shows such as “The Brave” and “Law & Order True Crime: The Menendez Murders” are new versions of formulas that generated hits in seasons past and landed with a thud this year. “Designated Survivor,” one of the 2016-2017 relative success stories, returned for a second season with muted fanfare in comparison to its first.

“This Is Us,” along with “The Good Doctor” and, from what we can tell, “Young Sheldon,” may be broadcast’s way of offering a comforting embrace to millions of viewers who are exhausted of being horrified and tired of disillusionment. This week especially, it feels impossible to find simplistic succor in half-hour series buoyed by laugh tracks or dark dramas that revolve around grim tales and conflicted anti-heroes.

I am no Pollyanna, mind you; “NCIS” remains the top-rated hour on television, though “Sheldon” and its progenitor “The Big Bang Theory” bested in the premiere week ratings among total viewers, with “Big Bang” taking the #1 slot followed by its spinoff. Procedurals will always be a reliable means of temporarily forgetting the world’s troubles. They operate on a predictable structure and their mysteries wrap up neatly within an episode or two.

This is just as apt way of explaining why “The Good Doctor,” an American version of a South Korean drama, ranked just behind “This Is Us” among total viewers (though in the 18-49 demographic “This Is Us” actually beat “Young Sheldon”). It is a procedural by way of a character drama that, speaking as a critic, produced a series premiere that like a wan derivative of “Grey’s Anatomy” aside from Highmore’s portrayal of Dr. Murphy.

A pilot is only a show’s calling card, though, and “The Good Doctor” now has time and plenty of opportunity to deepen its narrative and improve as a series.

Comparatively speaking “The Good Doctor” also has a much lower bar to clear in its Monday night timeslot; last year’s 10 p.m. entry, “Conviction,” earned the honor of being one of the worst reviewed series of the season and landed the ratings to prove it. “The Good Doctor,” however, attracted 11.35 million viewers for its season premiere according to Nielsen’s latest live plus same day weekly estimates. And it held on to most of its audience in its second week ratings.

It is early days, of course, and we won’t know if the demonstrated affection of “Young Sheldon” will prove solid until it returns in its regular timeslot on Thursday, November 2.  Inevitably the world will feel colder, in a concrete sense and, given the way events are trending, spiritually. These shows hold no definitive answers to any of our most pressing problems, but they seem speaking a language common to many of us. For now that may be sufficient.