Bad deals have thrown 48,000 steelworkers out of jobs 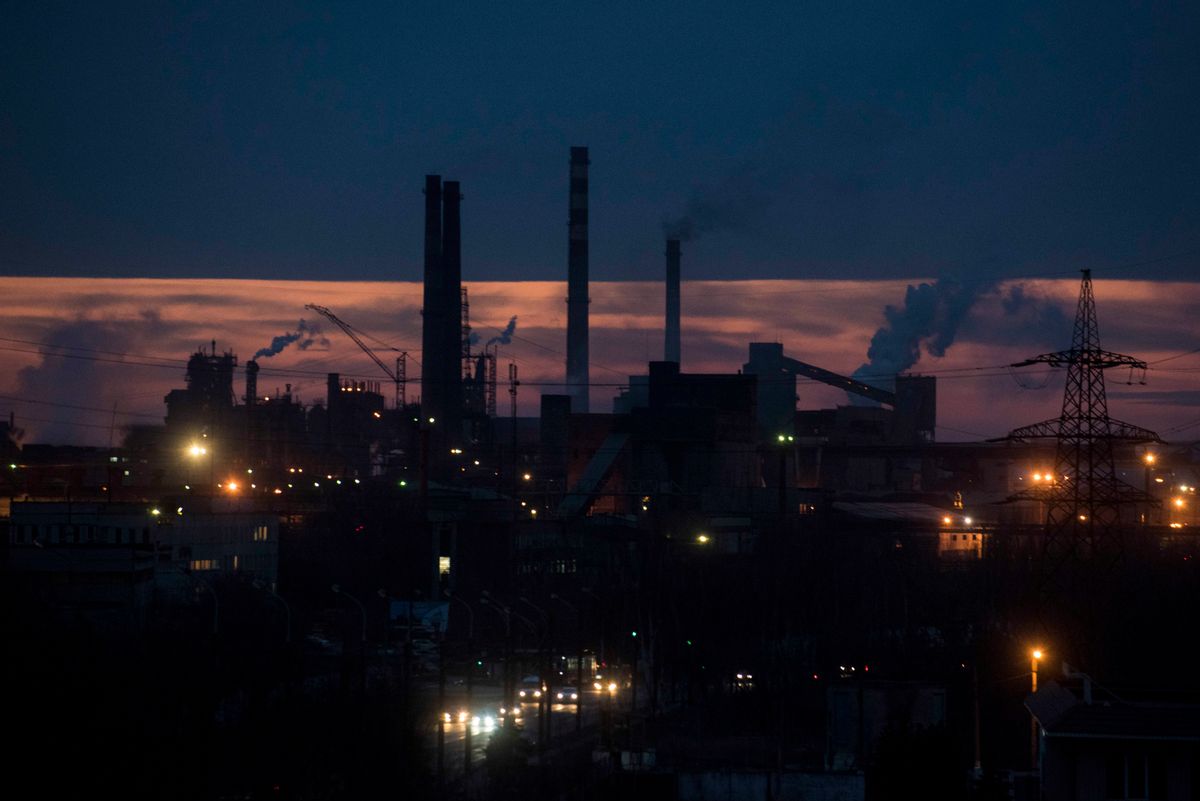 Kameen Thompson started his workday Sept. 15 thinking that his employer, ArcelorMittal in Conshohocken, Pa., the largest supplier of armored plate to the U.S. military, might hire some workers to reduce a recent spate of overtime.

Just hours later, though, he discovered the absolute opposite was true.

ArcelorMittal announced that, within a year, it would idle the mill that stretches half a mile along the Schuylkill River. Company officials broke the bad news to Kameen, president of the United Steelworkers (USW) local union at Conshohocken, and Ron Davis, the grievance chair, at a meeting where the two union officers had hoped to hear about hiring.

ArcelorMittal wouldn’t say when it would begin the layoffs or how many workers would lose their jobs or which mill departments would go dark. The worst part for everyone now is the uncertainty, Kameen told me last week.

“If ArcelorMittal said they would shut down on a date certain, everybody could move on to something else or prepare. Right now, we are in limbo. We have a lot of guys with a lot of time, but they’re still not old enough to retire. The only thing we can do is ride it out. But the uncertainty is very, very hard on them. It’s difficult not knowing who and what departments are affected and how long we are going to run,” Kameen said.

Uncertainty from Washington, D.C., is a major contributor to the idling of the plant. ArcelorMittal and every other aluminum and steel producer in America are in limbo as they wait for a decision on import restrictions that could preserve U.S. capacity to produce defense materials – like the light armored plate that’s Conshohocken’s specialty – and to build and repair crucial infrastructure, like roads, bridges and utilities.

Initially, the Trump administration promised a determination in June. But June came and went. As the months dragged on, imports surged. That threatens the viability of mills like Conshohocken. Then, just last week, administration officials said they would do nothing until after Congress passes tax legislation. That compounded uncertainty.

The Conshohocken mill may not survive the delay. Kameen, Ron and the 203 other workers there could lose their jobs because Congress dawdles or fails to act on taxes. America could lose its domestic capacity to quickly produce large quantities of high-quality light-gauge plate for armor.

After work at other, non-union jobs, Kameen began at Conshohocken at the age of 25. He finally had a position that provided good wages and benefits. “That gave me an opportunity to plan for a future and build a family,” he explained.

Ron, the mill’s training coordinator, is 45 and has worked at the plant for 22 years. “This was my first true job that I could sustain a family with,” Ron told me.

He has five children ranging in age from five to 26. He needs a good job with good benefits. He knows jobs like the one he has at the mill are rare, but he’s not giving in to gloominess. “I am just trying to stay positive,” he said. “That is all I can do right now.”

Both Ron and Kameen are frustrated by the Trump administration’s failure to penalize the foreign producers whose illegal trade practices have killed steel and aluminum jobs, closed mills across the country and threatened America’s domestic capability to produce metals essential to construction of critical infrastructure and vital to the defense department to safeguard the country.

Since the Trump administration launched the national security probes into steel and aluminum imports under Section 232 of the Trade Expansion of the Trade Expansion Act in April, imports have risen significantly. Steel imports are up 21 percent over last year. Countries like China, fearing impending penalties for predatory and illegal trade practices, dumped more than ever.

The administration has nine months to complete the Section 232 investigation. It could be January before the results are announced. Then the president has another three months to decide what to do. Instead of the two months the administration initially promised, the whole process could take a year.

A year could be too long for mills like Conshohocken.

“It doesn’t take that long to investigate this,” Kameen said. “We are losing jobs. They are dropping like flies. The administration needs to act now to prevent these unfair imports from killing more American jobs.”

Because of unfair and illegal imports since 2000, particularly from China, U.S. steel mills idled sections or closed, cutting the nation’s capacity to produce by 17 million tons a year and throwing 48,000 steelworkers out of jobs.

Now, there is only one surviving U.S. mill capable of producing grain-oriented electrical steel (GOES) required for electrical transmission.

The same decline occurred in aluminum, only it happened even faster. The number of U.S. smelters dropped from 14 in 2011 to five last year. That is the loss of thousands more good, family-supporting jobs. It happened because China expanded its overcapacity to produce cheap, state-subsidized aluminum, depressing the global price by 46 percent in just eight years.

Now, there is only one surviving U.S. smelter capable of producing the high-purity aluminum essential to fighter jets like the F-35 and other military vehicles.

While ArcelorMittal may contend that it can manufacture military-grade steel plate at its other U.S. mills, the loss of Conshohocken would mean a dangerous decline in U.S. capacity.

Capacity is crucial in emergencies. An example occurred in 2007 when U.S. military deaths were rising in Iraq and Afghanistan. In response, former Secretary of Defense Robert Gates ordered a 15-fold increase in production of mine-resistant, ambush-protected (MRAP) vehicles. That meant the number produced each month had to rise from 82 to more than 1,100. The Conshohocken plant produced much of the steel needed to achieve the goal.

Without that mill, the nation’s ability to gear up in such an emergency is compromised.  Two weeks ago, 10 retired generals wrote President Trump warning: “America’s increasing reliance on imported steel and aluminum from potentially hostile or uncooperative foreign governments, or via uncertain supply routes, jeopardizes our national security.”

They also said of the Section 232 investigation, “Prompt action is necessary before it is too late.”

When Kameen started at the mill 11 years ago, he felt good about the work. Conshohocken was making a lot of armor for soldiers in Iraq and Afghanistan, and that gave him the sense that he was doing something for his country.

Now, he’s concerned for his local union members, whose average age is 50.

As their president, Kameen, who is only 37, feels responsible to help each of them through the uncertainty and the difficulties ahead. “My members are looking at me for answers and leadership,” he told me. “So if I don’t stay strong and lead, then I’m the wrong man for the job.”

Every steelworker and aluminum worker in America is looking to President Trump for that kind of leadership. Their uncertainty could be relieved if the administration would announce the results of the Section 232 investigation now and act immediately to ensure the United States has the domestic ability to produce essential metals.