Forget About "Latino" — why I'm all for "Latinx," and you should be, too

From "Latino/a" and "Latin@" to even "Latine," Spanish is evolving to be more inclusive. Time to catch up 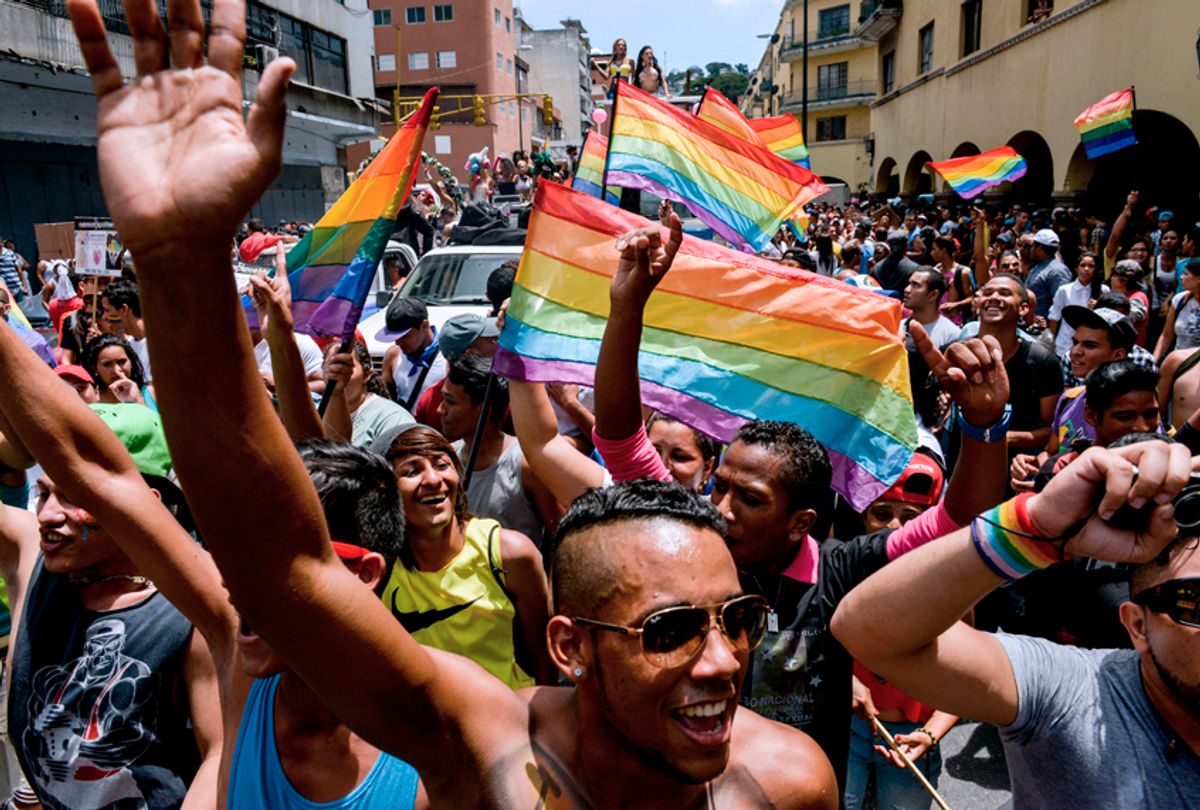 I grew up speaking Spanish as my first language. English is my primary language now, but I’m still fluent in Spanish—even if I sometimes mix up what gendered article accompanies inanimate objects.

Don’t judge me; it’s tough. Spanish has no gender-neutral “the” or “a.” I can’t always remember a table is feminine (la mesa) or that a pencil is masculine (el lápiz). I do always remember one usage, though: Masculine is usually the default for people. But should it be?

In response to the male-dominant Spanish language, feminist and queer Spanish speakers of Latin American descent devised a gender-neutral alternative to “Latino,” which is masculine in nature. And that’s “Latinx” (pronounced La-tEEn-ex).

The term is helpful when referring to a group of Latinxs, its plural partner. A group of women are Latinas, but as soon as a man joins them, the group becomes Latinos. Not anymore—thanks to "Latinx."

A Google Trends search shows that the term has appeared online since at least 2004, the earliest you can explore Google archives. However, "Latinx" didn't really take off until last year. The trends show the word being used in the United States, Canada, Brazil and our neighbors down under (New Zealand and Australia).

Now, the word can be found sprinkled among academia and more progressive media outlets geared toward Latinxs — like Colorlines, Remezcla and mitú. Even the New York Times couldn’t resist using it (sparingly, of course). It shouldn’t be long until the Associated Press has something to say, too.

But Latinx is more than a middle finger to the patriarchy; it’s a word that demands inclusion, an addition to the lexicon that makes an unfamiliar person ask, “What’s that?” That’s sort of the point, says Roy Pérez, an associate professor of English and American Ethnic Studies at Willamette University in Oregon.

“If nothing else, the term Latinx has revealed gender to be much more complicated than some people would like to think or accept,” he wrote in an email.

You see, Latinx isn’t trying to replace Latino entirely. Men should still refer to themselves that way because it’s correct. Women (like myself) should feel proud to call themselves Latinas. We are one of a kind, after all.

The term is most revolutionary, however, to those who don’t identify as Latino or Latina—people who live outside the gender binary. They might identify as gender nonconforming (or GNC, an umbrella term for people who don’t follow societal norms around the gender they were assigned at birth), non-binary (a term for all genders that aren’t male or female), gender queer (similar to GNC folks who don’t adhere to the male/female binary) or gender fluid (refers to people whose gender changes; they might identify as female today and male or non-binary tomorrow). They’d likely receive the Mx. title in the Times and use they/them pronouns.

That includes people like Araguaney Da Silva, a Venezuelan race and sexuality educator. They’re 29 and have used they/them pronouns for a little less than a decade. But they always knew that’s how they felt; Da Silva just didn’t know genderqueer was a possible identity. Now, they can add Latinx as an identity, too.

Before the word came along, Da Silva's favored identifier was “Venezuelan,” which doesn’t suggest any gender and is geographically accurate, anyway. Da Silva still uses Venezuelan but can also use Latinx instead of avoiding that identity altogether.

I can understand some hesitance to the term "Latinx." After all, “x” isn’t a letter widely used in the Spanish language, so it might not feel organic rolling off the tongue. Da Silva understands that, but it is what it is. They now use "Latinx" when they speak and they write. “When I adopted it, it didn’t roll off the tongue for me,” they said, “but it was an intentional alignment with that word because I was like, ‘Oh, cool!’ Because this is a word we’re going to be using to respect gender diversity.”

Pérez doesn’t sympathize much with the pronunciation excuse. He wrote, via email, that that argument is “disingenuous” and even insulting. “We learn to pronounce new things all the time,” Pérez went on. “I think this complaint assumes that 'Latinx' came exclusively from English-speaking queers—a claim that isn’t true and just erases Latin American and immigrant queers. It also suggests that the allegedly unpronounceable 'Latinx' is being imposed on Spanish-speaking people unwillingly.”

Plus, who knows if Latinx is here to stay. Before its rise, there were other attempts to make the plural "Latinos" more inclusive, including the terms "Latino/a" and "Latin@." Those are easy to write, but ineffective when spoken. A couple of Swarthmore College students tried to get “Latine” to take off in 2015. (It certainly rolls off the tongue easier.) They compare it to estudiante, the Spanish word for student, which isn’t attached to any gender.

Da Silva doesn’t care what term people use — Latinx, Latine or whatever comes next — just so long as there is a word for them.

Yessenia Funes is a freelance journalist based in New York. Her work focuses on the intersection between race and the environment and can be found in Grist, YES! Magazine and Colorlines. Follow her on Twitter @yessfun.