"Spielberg": A revealing portrait of an artist whose medium is the blockbuster 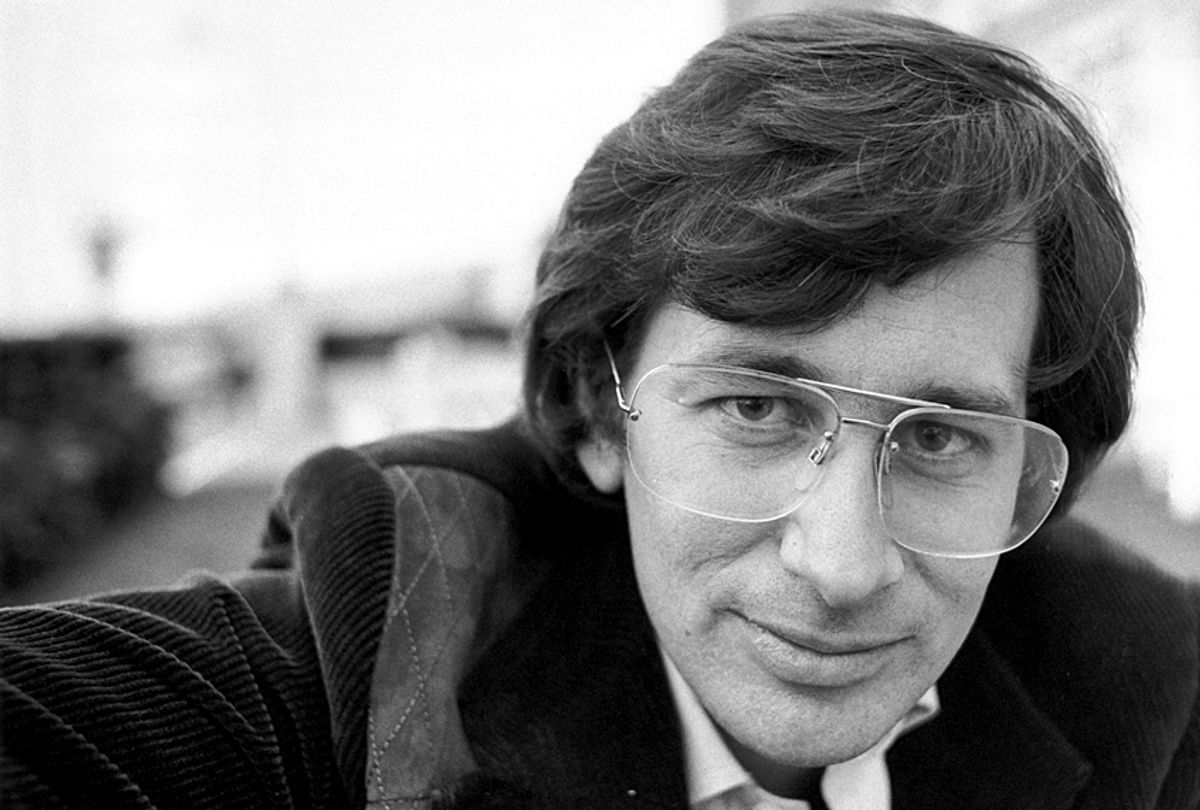 On some level the audience has always understood that about Spielberg, a man whose body of work is as interwoven into the American cultural identity as it is to filmmaking itself.

“Spielberg,” premiering Saturday at 8 p.m. on HBO, is an exhaustively detailed yet intimate documentary that brings us into his story by illustrating Spielberg’s life through his movies. In this way documentarian Susan Lacy consistently seduces us through its two and a half hour running time without ever slackening the energy or glossing over his shortcomings.

But Spielberg's unabashed honesty about his accomplishments, failures and frailties ties a bow on all of it.

This is what happens when a person collects nearly 30 hours of interview material from her subject: He hides very little. Spielberg knows we loved “E.T.,” “Raiders of the Lost Ark,” “Saving Private Ryan” and the many other iconic box office earners he’s known for. He also owns the fact that he bombed out with “1941” and was too timorous to accurately portray the lesbian story line in “The Color Purple.”

“Spielberg” is as much about cinema and our affection for the artform as it is about the man — appropriate, given the profound influence he has had in shaping the look and sweep of modern cinema. Lacy teases an easy candor out of Spielberg that connects us to the anxiety that drove him in the early years of his career, and the resulting wide shot of Spielberg’s life fetes the work without being overly laudatory. At its peak, it paints Spielberg as a man whose success is born out of his ability to overcome his ponderous insecurities, find his confidence in filmmaking and allow him to expand the scope of his creativity.

Lacy created the “American Masters” documentary series for PBS, marshaling it through 11 Peabody Awards and 28 Emmy wins during her tenure. “Spielberg” represents the first film of a multi-part deal with HBO, considered to be the current gold standard in the television documentary production field.

To stake her claim on her piece of the premium channel’s impressive stable, Lacy went all in with her subject. Fortunately for her and us, Spielberg's openness on the subject of being bullied and lonely as a child and the concussive effect of his parents' divorce verges on discomfort. None of the painful recollections from his early life are squeamish, but anyone can see through Spielberg’s composed demeanor that those wounds run deep.

In this way, “Spielberg” adds a level of illumination previously not considered as to why the director returns time and again to stories with child protagonists at their center, and how he’s able to capture extraordinary performances from young actors. Part of it is because of his ongoing childlike enthusiasm for films and fanciful narratives, and part of it is because he’s been working out his inner traumas in front of millions of us for the better part of our lives.

We were probably too busy marveling at what was happening onscreen, too busy having our heartstrings massaged or giving in to the dazzle of the special effects.

Much of “Spielberg” moves through his life in chronological order according to his filmography, but Lacy structures the film to tell his story as he already has: through movies, and specifically his movies. That said, the documentary opens with the film that informed the director he would become, a fanciful sweeping vista from David Lean’s 1962 classic “Lawrence of Arabia.” That work so impressed the juvenile Spielberg, he says, that it nearly derailed his desire to become a director.

Cut to, soon after, a glimpse of frightened boy in 1982’s “Poltergeist,” which he co-wrote. “Everything scared me when I was a kid,” he admits in a voiceover “ . . . I was filled with so much fear that I needed to exorcise some of that.”

He took it out on his sisters, as one does.

Years later he would break a major industry rule and take a film that would have previously been shot on a set out into the environment called for in the source material. It required mechanical props to be built and to operate in adverse conditions and for its actor to engage in true physical filmmaking. Such a leap led to rumors that Spielberg, an unproven talent at the time,  was creating a flop destined to be dead on arrival at the box office.

The project? “Jaws,” the 1975 classic that went on to be the highest-grossing film of all time until it was displaced by his friend George Lucas’ “Star Wars,” which came out two years later.

The documentary’s focus lingers only gently on the engineering and mechanics of craft and Spielberg’s substantial contributions to technological innovation, though Lacy gives her subject his due through the observations of those who worked with him.

Instead, she builds the journey of “Spielberg” by correlating the parables hidden within each film to the man’s developmental spans. “Close Encounters of the Third Kind” (in which Balaban co-stars) and “E.T.” are ostensibly films about families and aliens, but they’re also reflections of Spielberg’s experience with divorce from his perception of it as a young adult as well as a child’s view.

A substantial portion of the center of “Spielberg” addresses struggle to reconcile the white suburban identity he yearned to realize with his Jewish identity. Eventually this becomes the impetus for the creation of “Schindler’s List,” which earned Spielberg his first Academy Awards for best director and best picture — and from there Spielberg’s career and the documentary pick up more steam.

Probably the highest compliment one can pay of “Spielberg” is that it holds its subject in a reflection long enough to truly see the full picture of the name. And if it feels intensely personal and sentimental, that's additional proof of Lacy’s fluency in Spielberg’s language, and how well she tells his story with it.