SNL: Surprise guest Jason Aldean opens with Tom Petty's "I won't back down"

Paying tribute to the victims in Las Vegas, Aldean spoke a few words and played a hit by the late Tom Petty 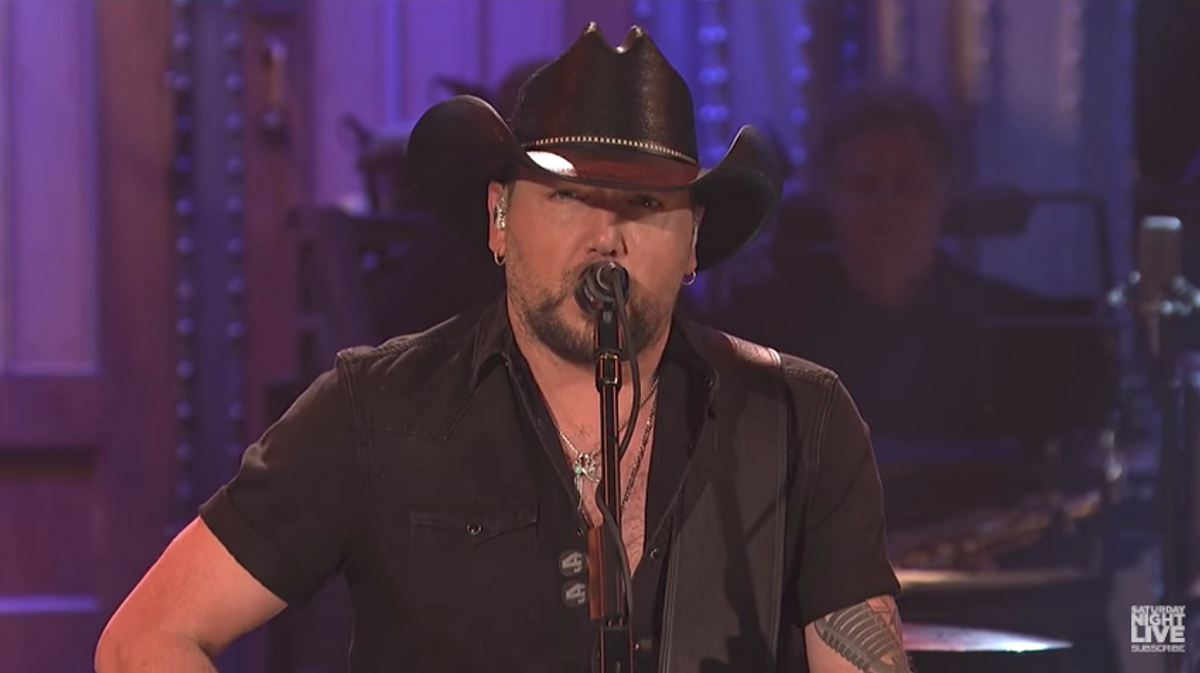 In an emotional cold open on "Saturday Night Live" country singer Jason Aldean appeared as a surprise guest and kicked off the episode with a Tom Petty cover song in honor of the victims of the Las Vegas shooting in which at least 58 concertgoers were killed and over 500 more were injured.

Last week Aldean was performing at the Route 91 Harvest festival in Las Vegas when Stephen Paddock opened fire on thousands of people from the 32nd floor of the Mandalay Bay Resort and Casino.

Before performing the cover song Aldean delivered a statement about how to unify after the tragedy.

"This week we witnessed one of the worst tragedies in American history. Like everyone I'm struggling to understand what happened that night and how to pick up the pieces and start to heal," Aldean said to start the show. "So many people are hurting. There are children, parents, brothers, sisters, friends. They’re all part of our family."

He added, "So I want to say to them, we hurt for you and we hurt with you. But you can be sure that we’re going to walk through these tough times together, every step of the way."

"Because when America is at its best, our bond and our spirit is unbreakable," the singer said, before playing "I won't back down" by Tom Petty and the Heartbreakers.

The emotional importance of choosing one of Petty's hit songs also comes after the legendary rock musician died last Monday at the age of 66 after suffering cardiac arrest.