SNL's "Weekend Update" on guns: "No one should own 47 of anything" 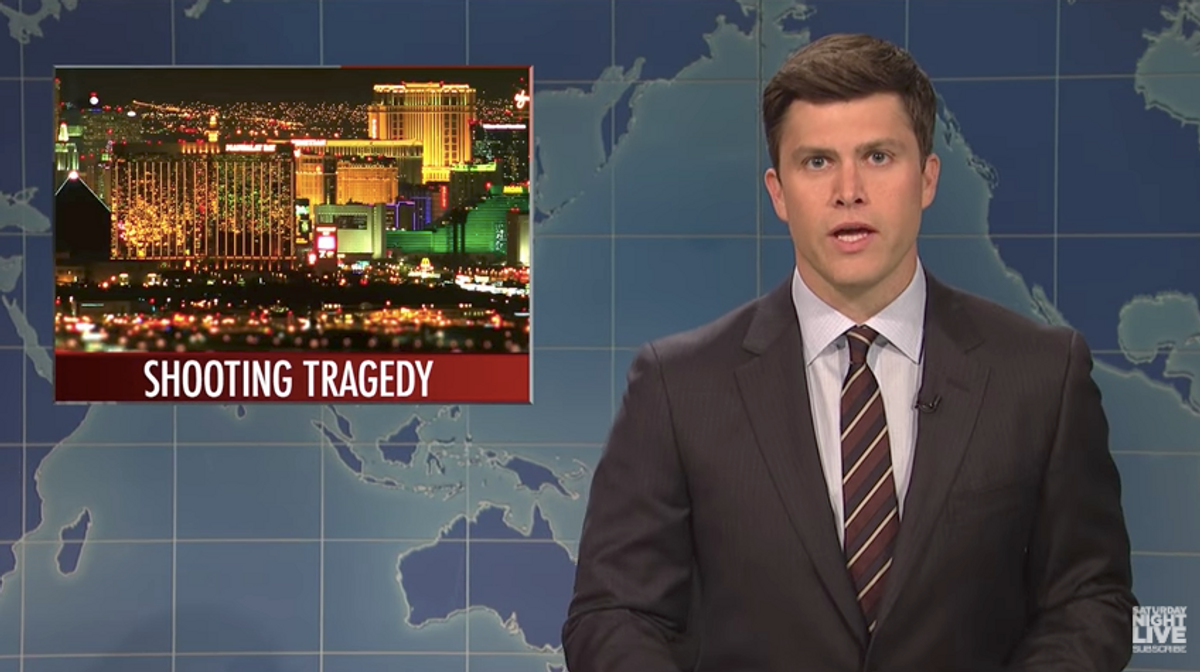 In the wake of the Las Vegas shooting "Saturday Night Live" took on the nation's gun control debate during its "Weekend Update" segment, featuring co-anchors Colin Jost and Michael Che.

"The investigation into the tragedy in Las Vegas this week has sparked a larger debate in America between people who want common sense gun control, and people who are wrong," Jost said to open the segment. "This shouldn't be a partisan issue the guy [shooter, Stephen Paddock] has 47 guns. No one should own 47 of anything," Jost said.

He added, "If you own 47 cats you are not a responsible pet owner, you’re a crazy cat lady. And unlike with guns, the government will actually come and take your cats away because everyone agrees that’s insane."

Jost also brought up that Paddock purchased 33 guns in just the last year and said it should have raised red flags.

Jost's co-anchor Che suggested that someone needs to tell gun-owning "snowflakes" that they can't buy firearms in excess.

"I mean, why is it so hard to get gun control in this country?" Che said. "I mean, who are these delicate snowflakes that we can’t just tell, 'No, you’re not allowed to have 40 guns anymore, Earl.'"

Che then proposed a buy-back program, but it had a unique stipulation to say the least.

"For every gun you trade in, we give you one-half inch of penis enlargement. That’s fair," Che joked. "If you trade in ten guns, you get five more inches."

He added, "And if women want to trade in their guns: Don’t. Keep your guns. You’re probably going to need them to fight off all those men in spandex showing off their brand new eight-inch penises.