You never know where your allies are going to come from: "Bending the Arc" 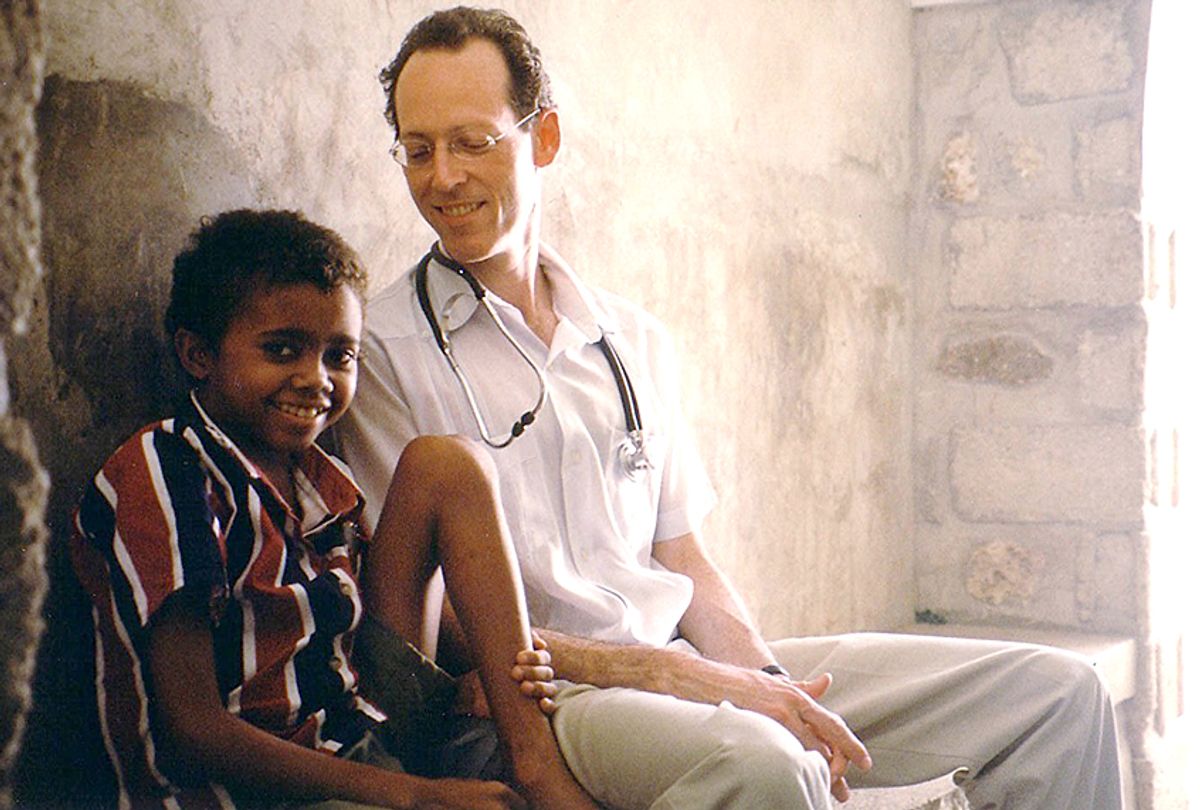 There’s something a little mind-bending about the idea that a documentary about global health could be one of the most life-affirming, optimistic films you might see this year. But that’s the case, because “Bending the Arc,” which opens this weekend, zeros in on the successes of three incredible friends, Paul Farmer, Jim Yong Kim and Ophelia Dahl, who helped flip the script on global health issues by getting effective treatments for people in Haiti and other countries with TB, AIDS and other conditions that might be in check in developed nations but not in the rest of the world.

The three Harvard medical students used their expertise, optimism, determination — and mostly other people’s money — to shake the scientific community as well as a lethargic global health industry into treating people who had been written off as incapable of being helped. They took the blame off the patients and directed attention to fixing the systems that were failing them.

In a time when most Americans are feeling deeply pessimistic, this is a message of genuine, sometimes surprising, hope. Consider that a devastated nation like Rwanda could build a model health care system. Or that President George W. Bush could commit a life-changing — on a global level — act of compassion. Or that an intelligent, caring, health provider like Kim could become the head of the World Bank.

“It’s a feel-good movie because it’s a feel-good arena we’re working in,” Farmer says in a phone call. “We get results. I feel bad for bankers who don’t get the job satisfaction sitting in front of a computer screen. And  you don’t have to be a nurse or doctor to be active in the global health field.”

Salon asked “Bending the Arc” director Pedro Kos (who was at the helm with fellow director Kief Davidson) about his film that should galvanize audiences to act — or, at least, to stop pulling their hair out.

What does "bending the arc" mean?

The title of the film comes from a quote from the 19th-century clergyman and abolitionist Theodore Parker: “I do not pretend to understand the moral universe; the arc is a long one . . .  And from what I see I am sure it bends towards justice.” Early on in the making of this film, Dr. Joia Mukherjee, one of the doctors featured, said, "The arc of the moral universe is long but it bends towards justice. Our job is to bend it faster.” We absolutely loved this concept and commitment, and that’s at the core of what this movement is about, so we thought it would be a great title for the film.

How and why did you set out to make the film?

I came on board the film later in the making of it. Cori Stern, the writer/producer, began pursuing the rights to tell this story over a decade ago, and Kief joined to direct soon thereafter and they began filming in 2010, right after the terrible earthquake in Port-au-Prince, Haiti. The film took many twists and turns and a few years later it became clear that the real power of the story was in the extraordinary arc that spanned over 30 years from the beginning of the work in the early ’80s in Haiti to the present. That’s when I came on board, and we forged ahead to tell this epic and yet intimate story about a group of friends that changed the world. So we set out to interview all the key players in the story and began the enormous task of looking for archival footage to bring this epic arc to life. For me this story resonated on a very personal level, as I come from a family of doctors in Brazil who strongly believe that access to health care is a human right; these values were instilled in me from a very young age and so when I learned about Dr. Paul Farmer, Dr. Jim Yong Kim and Partners In Health, I felt an incredibly strong connection to their story and knew I had to tell it.

What do you hope the film will achieve? In terms of global health and, second, in terms of perception of Paul Farmer and Jim Yong Kim?

I very much hope that the film will help change many of the conversations around what is possible, especially in the world of global health. As Dr. Paul Farmer and Dr. Jim Yong Kim have said numerous times, the main obstacle to expanding access to health care and treatment is the resistance from establishments, either because something is too costly or too difficult to achieve. If we keep within our entrenched ideas we will never use our imaginations to rethink the impossible. And that is my big hope for "Bending the Arc," that it will inspire the imaginations of people to rethink the impossible — especially in the global health establishment and governments around the world — and show that if you really put your mind (and imagination) to it you can change the world, provide access to medical care, and save lives. Look at the incredible success Rwanda has had in improving their health system; look at the hundreds of thousands of lives Partners In Health has saved. And similarly, in regards to the perception of Dr. Paul Farmer and Dr. Jim Yong Kim, I hope the film will make people see them as two men with lots of heart and imagination . . .  and be inspired by their friendship and tenacity.

The before-and-after photos and video of TB patients are quite impressive. Can you give some sense of the change of time between the before and the after?

The before-and-after photos of the AIDS and TB patients are nothing short of extraordinary. For the AIDS patients in Haiti, the period between the before and after is usually a few months . . .  sometimes as little as a couple of months, ranging to almost year. And in the case of Melquiades, the MDR-TB patient in the film, his “after,” which is his modern-day interview, is a few years (but that’s just because we only sought him out recently; his recovery was much quicker than that). This goes to show that if you provide access to health care you can save lives; most of these are treatments are readily available in rich countries but were considered too costly and difficult to provide to poor countries. And the power of these before-and-after photos was crucial in showing the world (and most importantly world leaders) that you could treat patients with AIDS in poor countries and have extraordinary success, and this led to the creation of programs like PEPFAR and the Global Fund, which have now saved millions of lives.

How would you characterize the current state of global health?

It is estimated today that 400 million people around the world still lack access to basic medical health care. There are now many different organizations and initiatives that are working to bring that number down to zero, but there is still a long way to go and many more obstacles like the ones Paul and Jim faced ahead.

You focus on Partners In Health and never mention other players in the social justice/medical realm, like Doctors without Borders or, say, Albert Schweitzer. Why?

The global health world is vast, with many extraordinary people and organizations who battle to bring access to health care to the neediest places around the world. In telling the story of Partners In Health, or more particularly about Paul, Jim, Ophelia and the movement they helped spur, we felt it was important to keep the focus on their personal stories of adversity and triumph because it transcends the world of global health. To us, this film was more than just about global health; it is the story of a friendship that changed the world, and the power of collective and personal vision and will to turn the tide of history.

There are interesting, unexpected turns and unlikely allies in the film, including the bit about George W. Bush being instrumental in providing billions of dollars to combat HIV in developing nations. What does that tell us?

Not to sound too corny about it, but this strongly shows us the power of hope. We never know where our allies are going to come from, and by rejecting the pessimism or the mindset that it is too hard, too expensive, or too complicated to change the status quo we can win over new allies and effect deep and lasting change. All it takes is passionate dedication, strategic work and fierce love.

What's Jim Yong Kim and President Trump's relationship like? Have they had any interaction?

I don’t know what Dr. Jim Yong Kim’s relationship with President Trump is like, specifically. I know that they’ve had interactions. And what I’m encouraged to see is that Dr. Kim continues to lead the World Bank Group and its efforts to end extreme poverty and promote shared prosperity by increasing the income of the poorest people of the world.