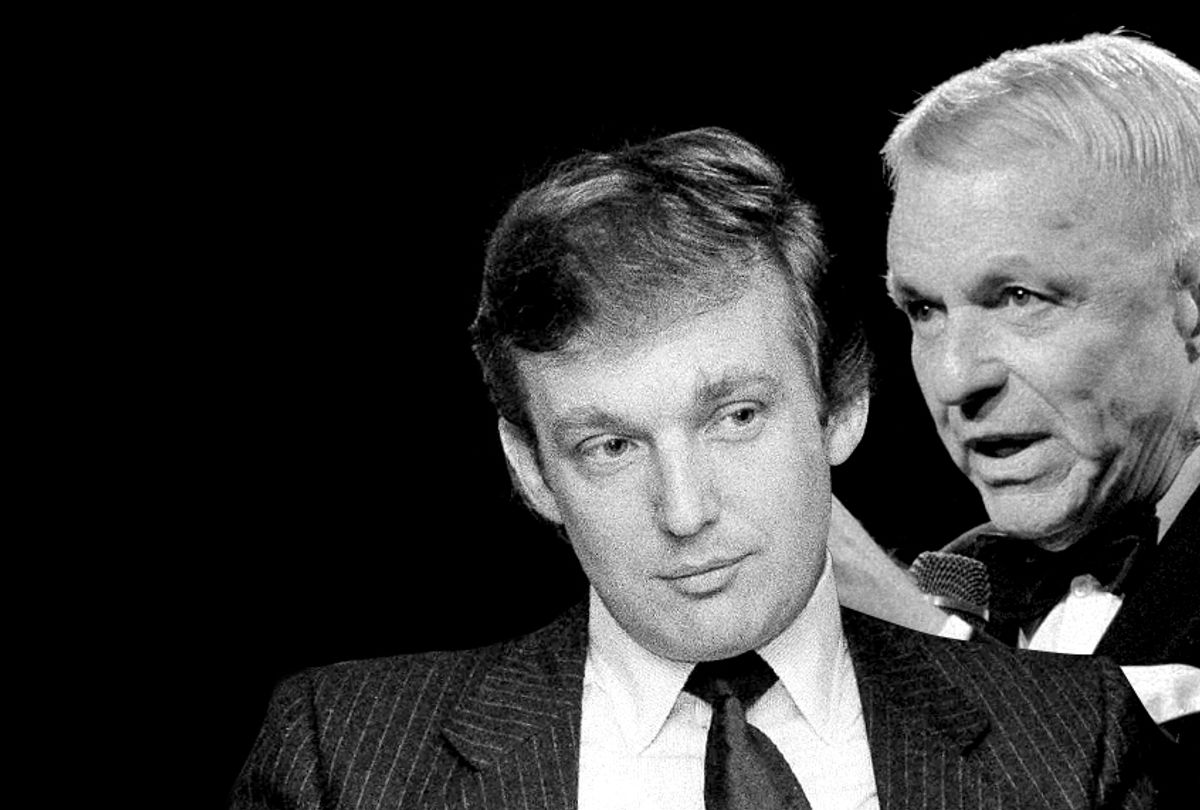 Both President Donald Trump and the late legendary standards singer Frank Sinatra are known for their querulous, pugnacious attitudes. No surprise then that when the two once engaged in negotiations, four-letter words and physical violence were on the menu.

According to a new autobiography by former Sinatra manager Eliot Weisman, "The Way it Was: My Life with Frank Sinatra" Trump attempted to lowball the singer during a negotiation over a forthcoming performance at the opening of the Trump Taj Mahal Casino in Atlantic City, New Jersey in 1990.

With a deal to perform all but signed, Weisman claims he found himself back at the negotiating table with the Trump team after the casino's operator, Mark Grossinger Etess, died in a helicopter crash. Taking the reins of the situation, Trump brought in Weisman and — using the tactics laid forth in his then-new "Art of the Deal" — tried to lowball the manager of one of history's most beloved and successful singers.

According to Weisman's account, Trump called the rate for Sinatra's series of 12 performances "a little rich," pushing for a lower price. He also wanted to axe the included appearance of opening acts Steve and Eydie and Rat Packer Sammy Davis Jr., who had just been diagnosed with the cancer that would ultimately claim his life only months later. "Who’s Steve and Eydie?" Trump asked.

Weisman relates what happened next:

I still remember vividly the feeling as my body flushed. I was
outraged and I lost it. I leaned across the desk and grabbed his tie,
but Eric [Weisman's son] quickly pulled me back. Trump didn’t say a word or react.He didn’t call security or even throw us out of his office. We packed up our documents and promptly left. It was clear the deal was over, which I’m sure is what he wanted all along as the outcome.

After that, Weisman reportedly called Sinatra to fill him in on the shifting nature of the deal. As The Daily News related, the singer's response was both sharp and typical for the hard-nosed favorite son of Hoboken, New Jersey.

"Weisman called Sinatra to tell him what had happened, and Sinatra told him he had two choices," the News writes, "to tell Trump to go fuck himself or give Trump’s phone number to Sinatra so that he could do it himself."

Dutifully, Weisman returned to Trump and did as told, telling the real-estate mogul, "Sinatra says go fuck yourself!" The negotiations ended there.

Oddly, Trump would, according to the News, come back to Weisman when the magnate opened his now-infamous Mar-a-Lago resort in Florida. In need of opening-day entertainment, the Trump organization booked Weisman's clients comedian Don Rickles and — you guessed it — Steve and Eydie. As well, Trump would use Sinatra's signature song "My Way" as the soundtrack to his first dance during his Inaugural Ball earlier this year.

After buying the already beleaguered Taj Mahal before its opening using junk bonds to finance his purchase, Trump steered the casino into becoming one of the most visited in Atlantic City. However, it never quite managed to outrun its debt (Trump sold half his stake in it after declaring it in bankruptcy one year after its opening 1991).

After weathering a series of money-laundering accusations, union disputes and allegations of ties to organized crime all connected to the operation of the Taj Mahal, Trump lost control of it in when his Trump Entertainment Resorts became a wholly owned subsidiary of Icahn Enterprises in February 2016.

It closed in October of that year — less than a month before Trump was voted into office.