Why Harvey Weinstein's sex advances are all about power

The real reason behind Weinstein's alleged sexual misconduct isn't about sex, it's about control 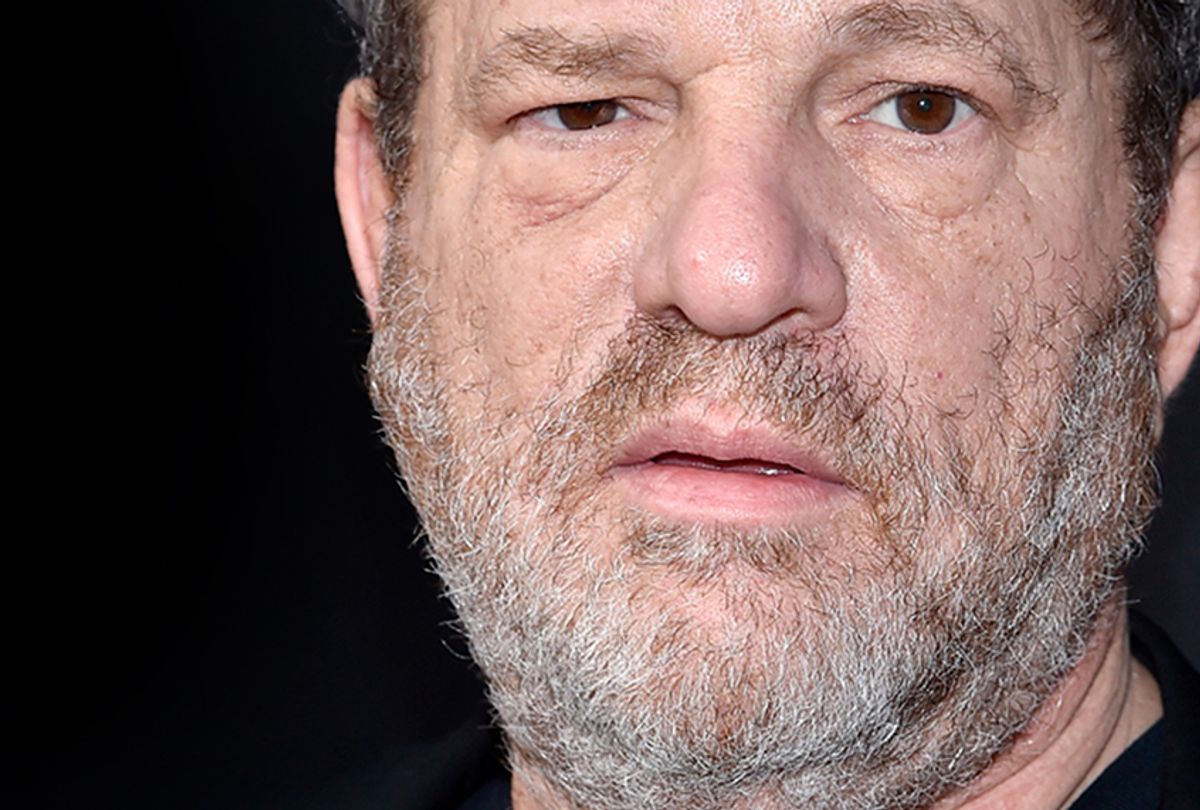 "Frankly, I don't think it's about sexual gratification, it's power and control," Mark Lipton, author of “Mean Men: The Perversion of America's Self-Made Man," said of Harvey Weinstein and other powerful men accused of sexual misconduct, during a roundtable on "Salon Talks."

Lipton, who is also a graduate professor of management at The New School, and Jess McIntosh, executive editor of ShareBlue, joined Salon's Amanda Marcotte to discuss the recent New York Times story exposing 30 years of sexual assault and harassment accusations against Weinstein. The Hollywood producer was terminated from the film studio he founded Sunday.

"I think Harvey's got some serious psychiatric stuff going on," Lipton added, "and that's how he's exercising and acknowledging to himself in a pretty malignant, narcissistic way, 'I can move mountains here and look what I can do to these women and get away with it.'"

If it is about power and control, then "there must be so many men in Hollywood that are doing similar things and are being shielded by the same machine," Marcotte said. "How do we overcome that? How do we fight that kind of power?"

"We can't, ourselves. This is where we need the guys," McIntosh responded. Because women are already speaking out.

McIntosh said, "In the same way that you would never tell a group of black Americans that it was up to them to fix racism, women are not able to alone, topple this. . . . Men know what's happening. Men know their friends who are engaged in this stuff."

Although, McIntosh explains that men are a crucial component in abdicating sexual misconduct, so is the increased presence of women in governing positions. "Put more women in rooms," she said. "There needs to be multiple women at every level of the decision making process."