Republicans were calling on her to speak, but did we really need her to? 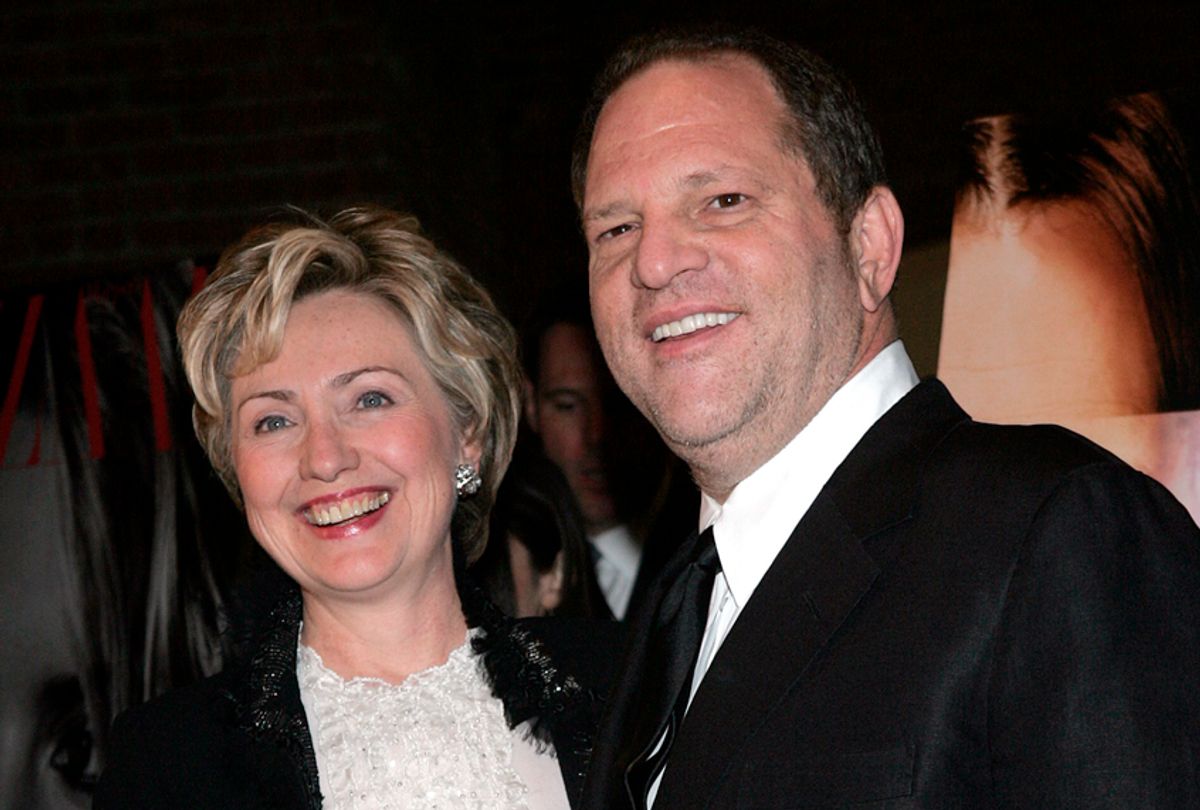 Hillary Clinton responded to the pervasive accusations against Hollywood producer Harvey Weinstein of sexual harassment and assault, saying she was "shocked and appalled by the revelations." Swell.

Weinstein was a staunch Democratic supporter — financially and politically — and thus Republicans and the media have challenged Democratic politicians to react to the allegations, particularly from those he extensively donated to.

"The behavior described by women coming forward cannot be tolerated," Clinton, of no political office, said. "Their courage and the support of others is critical in helping to stop this kind of behavior."

It is both typical and frustrating that conservatives have looked to Clinton to put the nail in Weinstein's coffin. As writer Roxane Gay tweeted yesterday: "there isn't a woman in the world that needs to say a single fucking thing condemning Harvey Weinstein." She added "It's men in Hollywood and elsewhere who need to speak up and own up."

And while I am spouting off opinions, there isn't a woman in the world that needs to say a single fucking thing condemning Harvey Weinstein. — roxane gay (@rgay) October 10, 2017

It's men in Hollywood and elsewhere who need to speak up and own up. How about a statement from every man who knew what Harvey was like?

Clinton's statement was short and insignificant. It solves and advances nothing, aside from shaking a couple of Fox pundits off her back (though surely not all of them). Ideally, it would compel conservatives to get to the crux of the issue — how men treat women — now that Clinton is silent no more.

That of course, won't happen. They're enjoying this too much.

Donald Trump Jr. couldn't retweet the headlines quickly enough, calling out Clinton, the Obamas and others for their perceived reticence on Weinstein. RNC Chairwoman Ronna Romney McDaniel told CNN that "All of us should be speaking out against a sexual predator like Harvey Weinstein." If only Republicans demonstrated that same fervency with sexual predators in their own party.

That's not to say that Weinstein isn't a total scumbag, and more than deserving of being dragged, called out, and taken down by any and everyone — most especially other powerful men.

Clinton publicly condemning him is a good thing, too, but the political charade that demanded a comment from her cannot be a distraction from the fact that a rich and powerful man has been accused of abusing women for decades. Perhaps more importantly, there are so many more like him out there, in our schools, our workplaces, in our homes, in the Oval Office.

Justice for the alleged victims of Weinstein does not look like a three-sentence fluff statement from Clinton or any other politician. It looks like an end to the power dynamic and sexist culture that enables the abuse to happen in the first place. Whether an increasingly irrelevant centrist politician sandbags someone who once supported her doesn't move the needle one way or another.