The rapper went in during the BET awards Tuesday, rapping about Trump's racism and hypocrisy 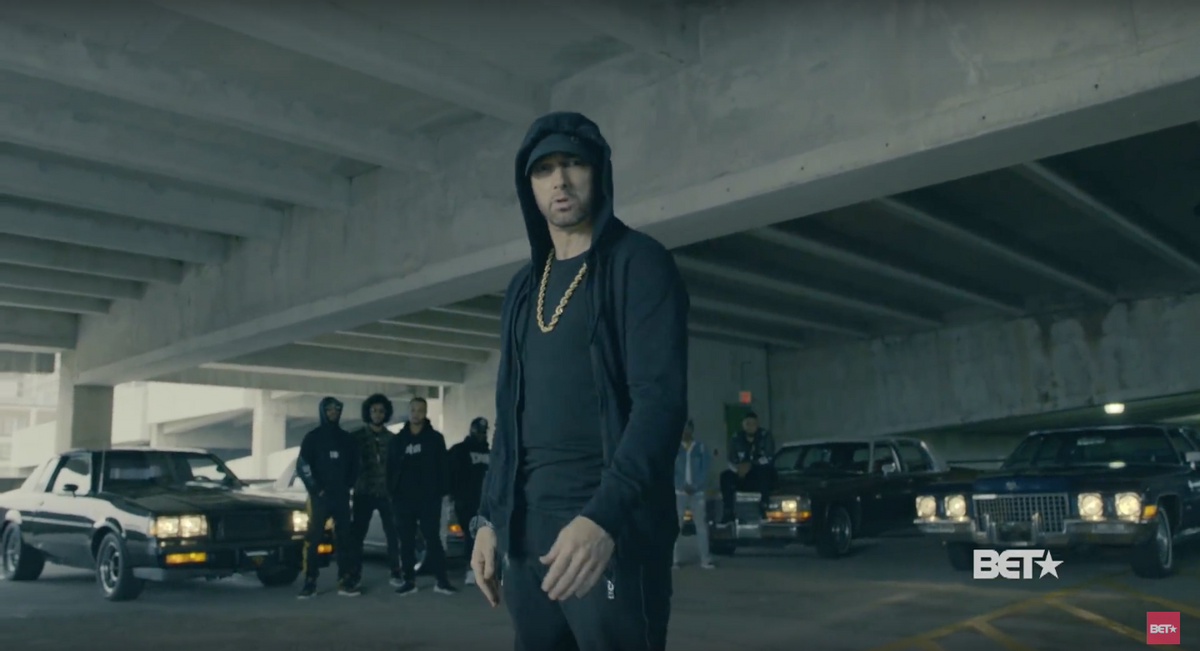 In a video titled "The Storm," Eminem went after Trump's entire presidency — everything from his stance on racism and immigration to his seeming hypocrisy and corruption. The rapper called the president out on his responses to the violence in Charlottesville, Virginia and the protests in the NFL. He hit Trump for his indifference to "a nuclear holocaust."

"We better give Obama props, 'cause what we got in office now's a kamikaze that'll probably cause a nuclear holocaust, and while the drama pops, he waits for shit to quiet down he'll just gas his plane up and fly around 'til the bombing stops," Eminem rapped.

Eminem also accused Trump of distracting from the devastation in Puerto Rico and the massacre in Las Vegas by popping off on culture issues in a manner unbecoming of a president.

"He gets an enormous reaction when he attacks the NFL, so we focus on that instead of talking Puerto Rico or gun reform for Nevada. All these horrible tragedies and he's bored and would rather cause a Twitter storm with the Packers," he freestyled.

Eminem later criticized Trump's superfluous trips to his golf courses and his obsession with building a wall at the Mexican border. At the end of the video, Eminem called on his fans to choose him or the president.

"And any fan of mine who's a supporter of his, I'm drawing in the sand a line, you're either for or against, and if you can't decide who you like more and you're split on who you should stand beside, I'll do it for it for you with this. Fuck you," he said, raising his middle finger to confused Trump-Eminem fans.

Watch the full rap below:

The FULL verse that EVERYBODY is talking about! @eminem BODIED THIS! #HipHopAwards pic.twitter.com/zoS0wEwjQF