"This isn't Denver," my lawyer said: Not all of Colorado loves legal weed

I spent five days in jail for driving with THC in my blood. Legal limits here are off base and enforcement uneven 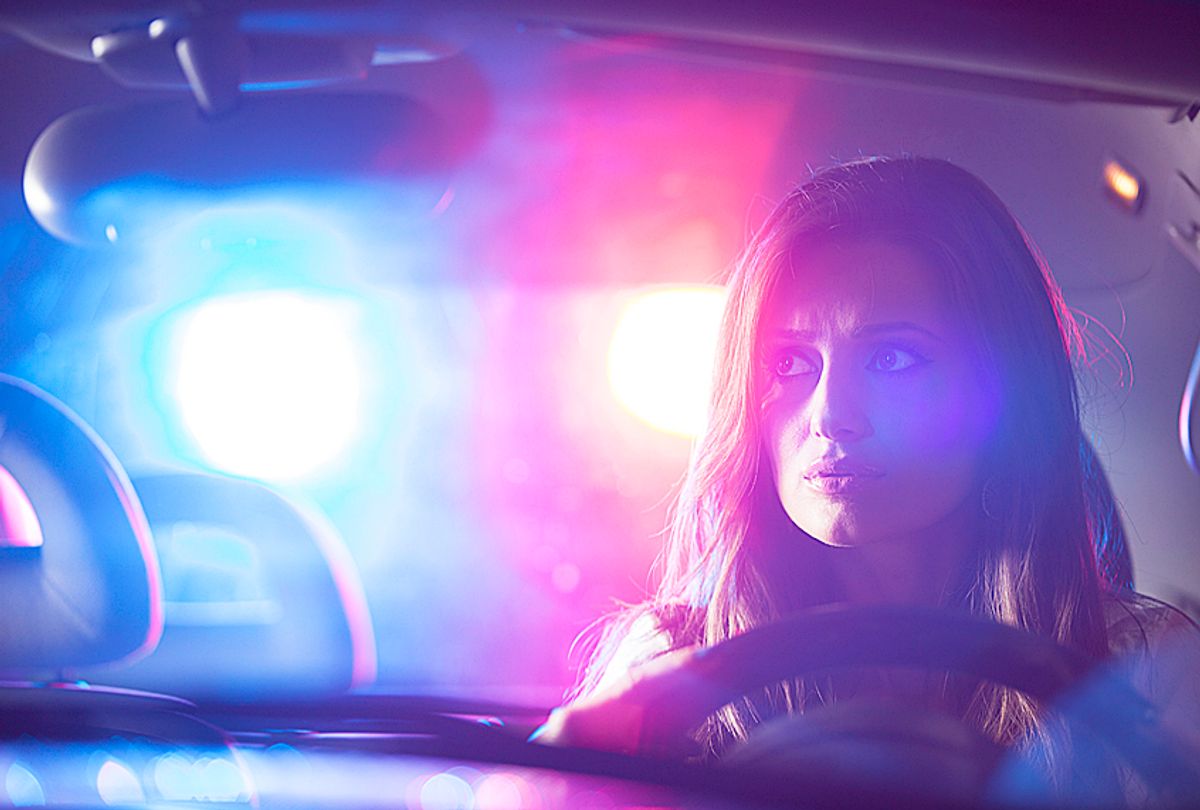 All that was on my mind was, I don’t want to die tonight. It was a frigid evening in December 2016. I’d been evicted from my home in Denver and spent three weeks living with a friend in Sydney, Nebraska. After searching for permanent living and finding none, I’d decided to head back to the Denver area to find help at a homeless shelter or a church. Unfortunately, I lacked cell service, money and a GPS and couldn’t contact anyone for help. My best bet was to drive into Denver and look for places to sleep. It was 12 below and I knew I’d freeze to death if I tried to sleep in my car.

I didn’t know the way to Denver without a GPS, so I stopped at a rest area in Colorado to look at a map. After I ran back to my car, I wrapped myself in a blanket and tentatively picked through the paltry remains of some cannabis I’d bought a few weeks ago. I’d been using cannabis to help treat pain associated with a rare nerve disorder, and I had very little left. But that night I was desperate. I was cold, scared and alone. I just wanted something to ease my pain, to keep me company, to help me feel like I’d make it out of this alive. One bowl in my car, I thought, one bowl, wait an hour, then drive to Denver. I smoked, waited an hour to sober up, and drove on. But I never made it to Denver.

I was driving through Sterling, Colorado when the city sheriff pulled me over. I’d forgotten to turn on my headlights. I thought he was going to issue a warning and let me pass, but then he said, “Have you been smoking marijuana this evening? I can smell it in your car.” I should’ve denied it. I should’ve lied. But I was in Colorado and, besides, I wasn’t breaking the law. “I smoked about an hour ago,” I said. “But I waited until I felt okay to drive.”

He asked me to step out of the car for a sobriety test. The bitter, icy wind bit at my skin and my body shivered. Still, I passed . . . or so I thought. But before I knew it, I was slammed against a police car and handcuffed as another police officer recited my Miranda rights. I was mute with shock. Hadn’t I passed the test? All I did was shiver! I was dragged to the jail and was read a list of consequences that made no sense and left me more confused than before. The sheriff said he needed my blood, and if I didn’t comply I’d be prosecuted automatically. Terrified, and now on the brink of tears, I complied. They took my clothes and my belongings and left me in a jail cell for the next five days.

Until that point, my view of Colorado was one that was shaped entirely by living in Denver just for the past several months. In Denver, marijuana is everywhere. A 7-leafed emblem decorates signs on every street corner in every part of town. People smoke in public, openly, even though it’s technically illegal. One head shop owner I spoke to said the police never cared. “Unless you’re toking it up next to a bunch of little kids,” he chuckled, “they’re not going to do anything about it.” I’d witnessed this firsthand at an EDM concert in downtown Denver. A group of people I was with asked the policewoman outside if they could smoke. She shrugged as if to say, “Sure, as long as you’re not obnoxious about it.”

I’d thought most Coloradans shared this same laissez-faire attitude towards weed. So when I was told my blood exceeded the legal limit of THC and was charged with a DUI, I was certain I still had a chance in trial. After all, I’d read about Melanie Brinegar, a medical marijuana patient who, despite being four times the limit of THC, proved to the court she wasn’t impaired and was cleared of a DUI charge. And her case isn’t unique. Science has continually made the case that the current legal limit for marijuana (5 ng/mL) is utterly arbitrary and inaccurate, especially for regular users, and courts have been known to take that into consideration.

The AAA Foundation concluded in 2016, after a study including nearly 5,000 people, that “the evidence was very clear that 5 ng/mL was not a good discriminator of impairment,” adding that THC blood concentration "is not a useful surrogate for the effect experienced by the subject” at all. The study found that people who regularly smoked cannabis could have blood levels many times the current limit and still show no signs of impairment. THC, the study also notes, isn’t water-soluble and leaves the body much more slowly than alcohol, so a person could effectively have 10 times the legal limit of THC in their blood and not have smoked in months. The AAA study asserts that this “undermines the effectiveness and fairness of a per se standard for THC” because the cannabis user “can’t make an informed and responsible decision about whether to drive based on their concentration.”

While the hunt is still on for effective means to road test marijuana impairment, the power is up to the courts to decide if a person with THC in their blood was impaired or not. I was a medical marijuana patient, so I knew I had a high blood content. But I wasn’t obviously impaired and I didn’t cause anyone harm, so I thought I still had a case I could win. My lawyer thought otherwise.

“This isn’t Denver,” she told me, after I presented my points. “You were arrested in Sterling, and the people here hate marijuana. A jury trial will be pointless. No matter the evidence, they will choose to prosecute you. You’re safer taking the plea bargain.”

I had no choice. I took the plea bargain: a DWAI charge, which is less severe than a DUI but is in essence the same. It remains on your record permanently and could still affect future employment.

“It sucks,” my lawyer said, “because I know that if this happened closer to Denver you’d never have been arrested. You weren’t hurting anyone. You didn’t appear to be impaired. But Sterling cops aren’t like Denver cops. They will do anything they can to punish marijuana users.”

When I moved from Nebraska to Colorado, I’d bought into the trope that portrayed Colorado as a holy Mecca for cannabis users. I thought I’d finally be somewhere I could consume my medicine in peace without prosecution from the government or law enforcement. But even now there are places in Colorado that remain precarious for people who use, made possible by loopholes in the law that don’t protect regular and medical users (who will always have more than 5 ng/mL of THC in their blood, even when they’re no longer high).

While Colorado has since made it illegal to search someone based on how they smell, the police in certain towns can still find ways to arrest and detain potential users of cannabis so they can prosecute them based on their blood content. Since there’s presently no fair way to objectively test marijuana impairment, police in prejudiced areas can rely on technicalities to arrest and prosecute unimpaired drivers. This essentially makes marijuana use illegal in those towns, as there would be no way for a regular user to drive a vehicle there without breaking the law. It’s evident that despite the stereotypes of Colorado being “the stoner state,” the state remains deeply divided about marijuana. This divide could potentially cause marijuana users harm while the power to prosecute drivers remains in the people’s hands.

When I made the mistake of revealing my marijuana use to a biased officer, I did more than five nights in jail and 24 hours community service. One innocent mistake on my part left a permanent mark on my record that places me, in the eyes of the law, on the same level as a person who knowingly drove drunk and wrecked their car coming home from a party. Now, almost a year later, I have to think about how I'll explain this night to every employer who background checks. I've had to accept that even when I'm 60 years old I'll still have to explain to every potential employer why I was in jail when I was 23 years old. And I'll never be able to see to Canadian side of the Niagara Falls, at least not until the year 2022 and I go through the expensive process that somehow proves to the Canadian government that I'm a "reformed citizen."

Revealing my marijuana use to the wrong person led to a list of lifetime consequences that I'm still wrestling with accepting. While now, almost a year later, I've found shelter in Nebraska and am very comfortable and happy, there's still no way the law will allow my record to be expunged. I hope my experience will remind others to stay cautious and quiet about their marijuana use, even in marijuana-friendly places like Denver.  Of course it's still imperative to be a responsible consumer of marijuana and to be as truthful as possible with law enforcement — driving while high is dangerous and all marijuana users need to know their limit. However, cannabis users also need to be aware of the local laws and understand what's socially acceptable in the area. Even people who are innocent may incriminate themselves by saying too much or by allowing their belongings to be searched, as I did. So while you're in your car, be wary. Cannabis users who are aware of their rights and have knowledge of the local culture might avoid my fate and be spared a costly trip to court.

Sarah Knox is the pseudonym of a Denver journalist