If Diddy ran the NFL: Imagine how the game would change

We'd get the greatest show on earth, every week — minus the racial oppression 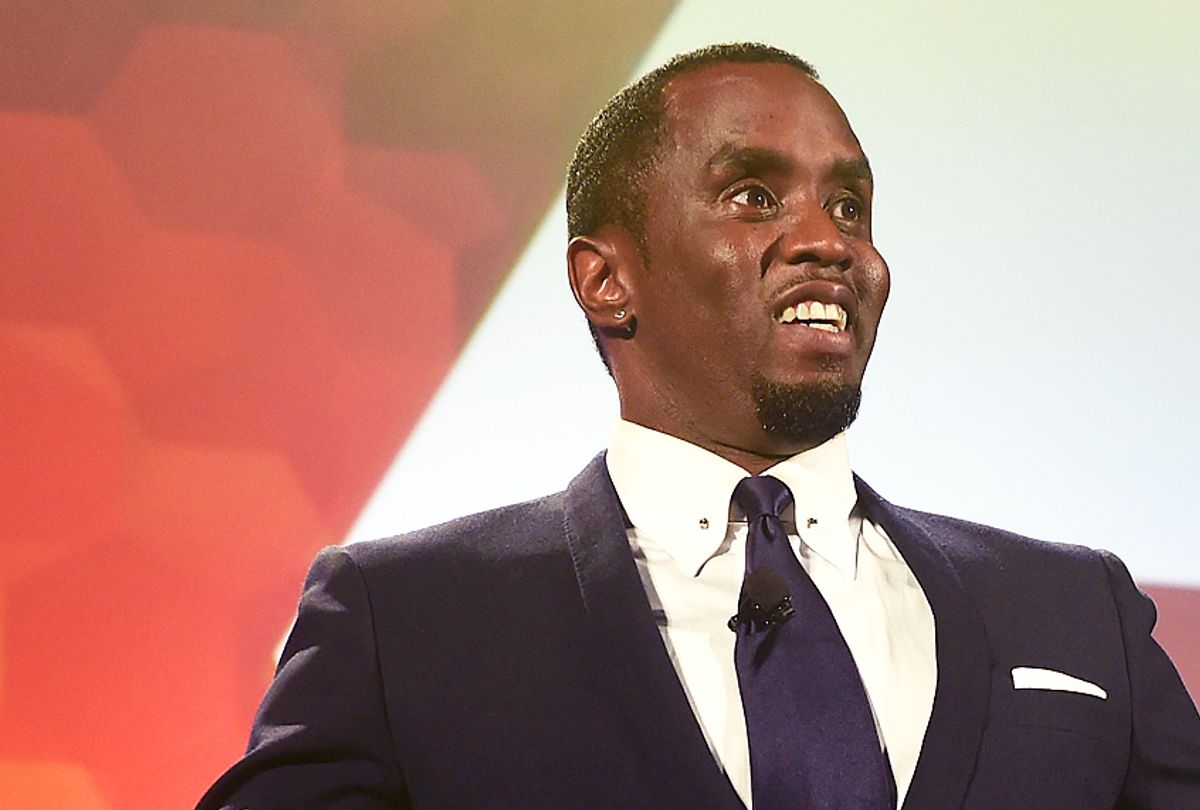 I used to love the NFL until I became old enough to understand how racist and insensitive it is to have a team called the Redskins. When the controversy around changing the name died down, my excitement did, too, and I found myself paying less and less attention to the game. I stopped watching the game all together when I made friends with Aaron Maybin, an artist and former NFL star.

He described to me the experience of participating in the NFL Scouting Combine as being, well, like a slave auction. It's a place where half-naked young black men are tested for speed and strength, while old white men with clipboards drool over their performances, poking their muscles, grouping them together, and loving every second of it.

Maybin’s images, along with the way in which team owners have been exercising slave/master-style attitudes toward players who are peacefully protesting police brutality and systemic racism, make it extremely easy for me to never watch a professional football game again. However, Diddy may change that.

Yes, by Diddy I mean Puff Daddy — also known as Sean Combs, Mr. Can’t Stop Won’t Stop, the King and Founder of the Remix himself. The 47-year-old rap mogul has been speaking out on Twitter this week about his desire to own the league.

“I did have a dream to own a NFL team but now my dream is to own our own league! A league where you can be yourself. Have a retirement plan," Diddy tweeted. “Have freedom to be a great human and protest for your people without being demonized for your beliefs as a KING! New goal alert!”

If you've followed his career, you know that the former background dancer who figured out how to grind his way from intern to the owner of an empire worth more than $800 million has a knack for whopping his dreams into reality. He’s had success in music, clothing, television and film, so sports seems like the next obvious horizon. Diddy's talking about buying the NFL instead of starting an alternative league, as other competitors — including the USFL that Trump helped crash and the XFL —have tried to and failed in the past­­­­. But maybe it is time to start something new.

We know that 70 percent of the NFL on-field talent is black, with almost zero minority representation at the team ownership level. We also know that innovation in business, media, art and technology has created a new generation of black and brown multi-millionaires and billionaires. Do they have an interest in creating a cultural shift around professional sports, and would they be willing to pool their resources together to do so?

Can you imagine how amazing the NFL would be if Puff Daddy was the commissioner?

Puffy’s league would have the best uniforms, as his fashion acumen played a significant role in the creation of hip hop’s mainstream success — after all, Diddy took guys off the corner and styled them in a way that allowed pop fans to feel comfortable spending billions on well-crafted street stories they could never fully understand. And can you imagine the half time performances? Diddy has been credited as one of the best entertainers in history; every game will be like an arena concert, with the best dancers and the best artists executing complex stage productions. You’ll get the greatest show on earth every week­, like having tickets to "Hamilton" over and over again.

Then there’s the National Anthem.

Boycotting the anthem isn’t a new thing. Go to any black community and you’ll always find students who don’t stand for it, nor pledge allegiance to the flag, and it has nothing to do with them hating America and everything to do with America hating them.

Look at our schools, representation and how we are treated in and by the system. I only attended schools that sang James Weldon Johnson’s Black National Anthem, “Lift Every Voice and Sing,” which is an amazing song. But only Diddy has the skill set to remix it into the 2017 version we need. He can partner with Beyoncé, the queen of black America, and Kendrick Lamar to create our new national anthem — an anthem that will be so meaningful it’ll make Colin Kaepernick proud enough to stand tall on both tippy toes, with both hands over his heart and tears spilling out of both of his eyes.

Sell Diddy the NFL, or let’s petition the moguls of color to create our own league. Slavery is over and black celebrities deserve freedom of speech. And what better way to show that than to take the NFL over, or to move the black talent to a place where it will be fully appreciated? I’ll be the first season ticket holder.