Should we forgive Billy Corgan for his politics?

With a new album coming, can we reconcile his music and his toxicity? 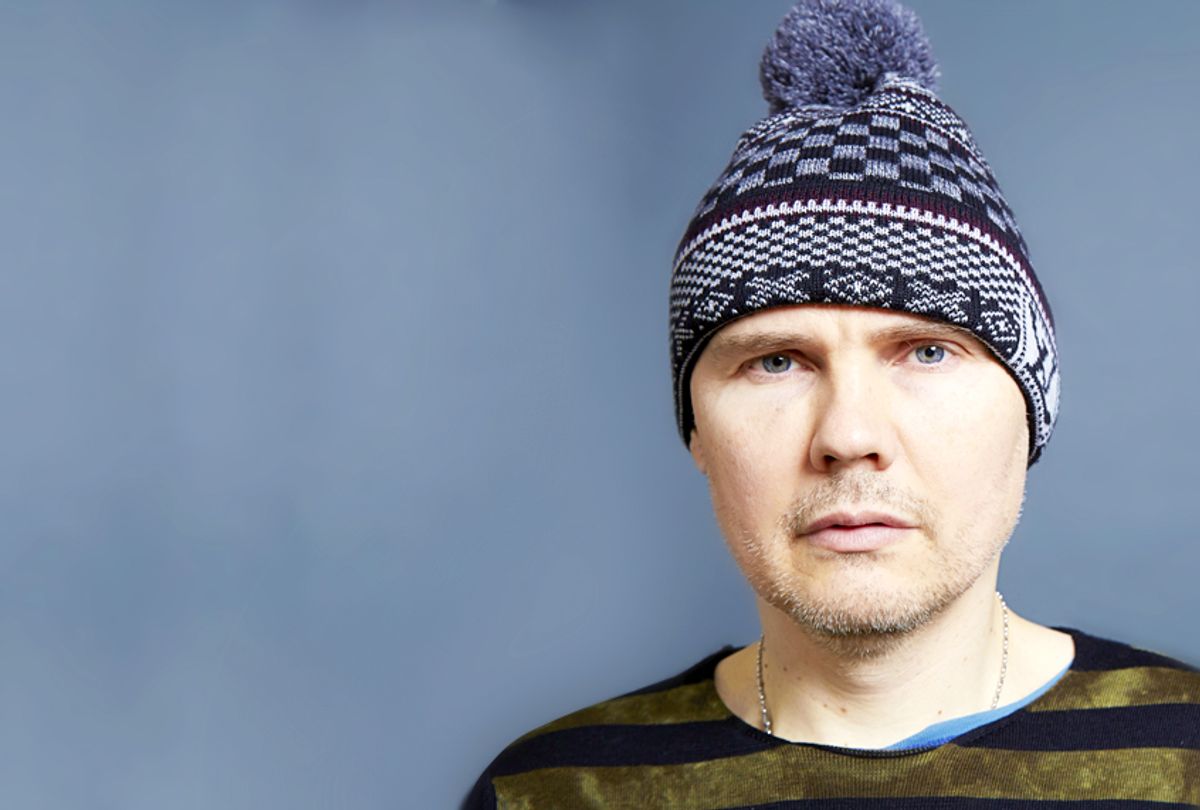 In 2014, Billy Corgan told the Guardian that the three-star review their publication gave his record was fake news. “Nobody believes I made a three-star record. Nobody!” he said. The album he was referring to was "Monuments to an Elegy," the most recent album under the Smashing Pumpkins name, one with only Corgan from the band's original lineup.

Other publications gave him roughly the same semi-positive score, yet in Corgan’s mind it was a criminally underrated masterpiece. He didn’t use the term “fake news” exactly, but did call it a “false narrative,” and painted a picture of the “gatekeepers” gathering and collectively deciding to not let him “in” to the establishment.

Asked by the reporter if he thought all those reviews were pre-written, Corgan said, "yes."

The whole thing was a strange response, considering that the reviews were actually relatively positive for a rocker who’s well past his prime, with album sales reaching new lows, and has been unraveling in the public eye the better part of the past decade. In this interview, Corgan even questioned whether his legacy has ever been treated fairly by the biased mainstream media.

“If young Billy had gotten the credit he deserved, when he deserved it, then things might have been different,” he said. “I’m never going to get the credit. That game is over. So, I’m going back to being an aggressive, street-level artist.”

This was hardly the craziest thing Corgan has done or said. Remember when Corgan printed “Fuck Anderson Cooper” shirts after Cooper poked fun at him for posing on the cover of Paws Chicago with his cats? Or how about when he launched the kooky spiritual website Everything From Here To There?  How about when he tried to take down Courtney Love on Twitter (“Thought #1: my face is my face, my heart is my heart, my money is my money. Oh, and my songs are MY songs+If you can’t write your own songs?”), and then she — believe it or not — played it cool?

The point is that Corgan’s dissociation with truth is hardly headline-worthy news. The question is, has Corgan gone from harmless reality-star-level-insanity to purveyor of toxic ideologies, and what should we do about it?

He may have not used the term “fake news” in 2014, but he sure is now, and he’s dishing it out towards all the wrong people. “If you’re over here and you're sitting on this side of the pond, looking at what’s called ‘fake news,’ the street read is that the institutional part of the media can’t be trusted,” he told Channel4.com recently.

More troubling is watching Corgan pal around with Infowars' Alex Jones, a man who called the Sandy Hook mass shooting a hoax and has refused to apologize for it.

On his program last year, the two chatted in confusing circles with the familiarity of old paranoid college dorm roommates and the smugness of faux intellectuals about some sort of lurking shadow government or some vague liberal, corporate force trying to control minds. Of course, they also bellyached about social justice warriors to no end, which they both vehemently agreed was some sort of growing cult.

Does it matter? Does anyone still care about what Corgan has to say at this point?

On October 13th, Corgan releases his second-ever solo album, "Ogilala." Produced by the brilliant Rick Rubin, it's actually pretty good and could earn him back some of his credibility. There’s even talks of an original Pumpkins lineup reunion in 2018.

As Corgan seemingly pulls himself from out of the shadows of obscurity, oddball projects (an 8-hour synth interpretation of “Siddhartha” anyone?) and notably bad live shows, he flirts with a larger audience once again. But should we listen to him?

I myself was never a huge Pumpkins fan, though I like some of his music. I asked my friend Mike Shirley-Donnelly — who adored Smashing Pumpkins growing up — how he reconciled current Corgan with ‘90s Corgan.

“'Siamese Dream' is why I learned guitar,” he tells me. “It’s just so weird because I viewed him and his music with the kind of ‘image of alternative culture’ of the '90s. It’s virtually impossible to listen to this stuff that had significant meaning for me during my 13-early 20s knowing what he’s become.”

Now, as Corgan leads up to the release of "Ogilala," it feels — not to sound too Corgan-level-paranoid — like he’s trying to soften his recent right-wing conspiracy nut image. Even he realizes this is a bad image for a counter-culture icon.

In a recent interview for News Journal, Corgan frames himself as a regular, easy-going “nice” guy that is setting aside politics and celebrity beefs. “I don’t want to be part of the negative culture," he says. "I want to see the rhetoric turned down and see people move towards a centrist, libertarian conversation that involves free speech and human rights.”

In that Channel4.com interview, the reporter asked Corgan about his affiliation with Jones. Corgan brushed it off and presented himself as being a “suspicious” person due to being raised by a drug dealer father. For a moment he almost seemed to have some self-awareness.

But he’s not letting go of his conspiracy theories, or backing down. He’s just soft-selling them, which is potentially much more dangerous and insidious than full-on crazy Corgan.

His music may stir up all your youthful, anti-establishment emotions, but reconsider who the establishment floating around in Corgan’s mind really is the next time you put on one of those Smashing Pumpkins albums you love so much.