Sexual abuse and harassment are the result of men's decisions and learned behavior, not women's presence 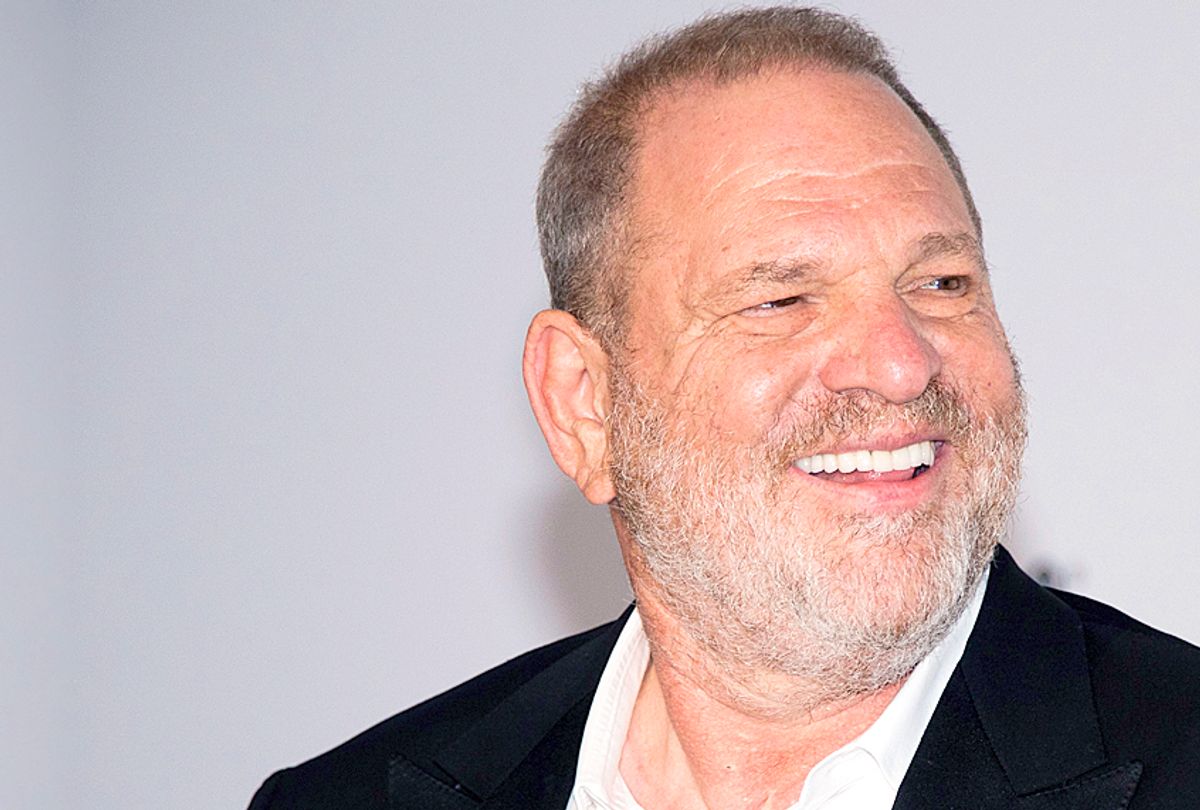 While things are getting better in many ways around the issues of sexual abuse and harassment, sadly, in the wake of the multitude of accusations against movie mogul Harvey Weinstein, there are still many who still seek to reduce male culpability for men's misbehavior — and oftentimes even to seek excuses to either blame women or at least disempower and marginalize women even further.

At the front of the pack is Weinstein himself, who, in an entirely predictable but still infuriating move, is reportedly going to a rehab center for "sex addiction." Luckily this news was met with a spate of articles about how "sex addiction" isn't a thing, but is instead a way for often powerful men to evade responsibility for the fact that they leveraged their power to mistreat people, particularly women. It's an obvious effort to insinuate the problem is that women are just so damn irresistible, and to paint men as powerless over their own hormonal impulses.

To add to what many other people are saying about this, I'll point out that the problem is clearly not that Weinstein was out of control. The problem is that he wanted to be in control and he enjoyed exploiting how much control he had. Weinstein wants you to imagine him as a hapless man inflicted with priapism, but there's little evidence of that. His reported targets were all young women whose fledgling careers could be destroyed by him. But as Meryl Streep's statement suggests, he left more established actresses alone.

The penis-made-me-do-it arguments don't fly when considering other disturbing stories about Weinstein. Rebecca Traister claims he called her "cunt" and pushed her then-boyfriend Andrew Goldman down some stairs while yelling that he, Weinstein, was the "fucking sheriff of this fucking lawless piece-of-shit town." Nathan Lane says Weinstein threw him against a wall. The list of stories about Weinstein being aggressive and controlling in non-sexual ways is as long as your arm. The common denominator here is power, not sex.

Which is why it's doubly aggravating to see how many men are rushing forward to use Weinstein's disgrace as a pretext to argue that the problem isn't men having too much power, but women who are trying to get some of their own.

Bret Stephens of The New York Times, living icon of why male privilege leads inevitably to rampant mediocrity, seized on the fact that Weinstein blamed his behavior on coming "of age in the ’60s and ’70s, when all the rules about behavior and workplaces were different."

"The important truth is that he was just another libidinous cad in a libertine culture that long ago dispensed with most notions of personal restraint and gentlemanly behavior," Stephens huffs.

It takes a lot of work to write something stupider than Weinstein's pseudo-apology, so I suppose all credit to Stephens for accomplishing that. It's clear that Weinstein was comparing the terrible mores around sexual harassment in the '60s and '70s to now, when women's right to work is more respected. But Stephens pretends that the contrast was between the '60s and earlier times — you know, when "gentlemanly behavior" meant preventing your wife from having a job and not allowing women in your own workplace to rise higher than the rank of a secretary. Needless to say, the era when women were under men's thumbs was not any safer for women — it just made it harder to speak out. That Weinstein himself — Harvey Weinstein! — has a better understanding of gender politics in the workplace indicates that Stephens needs to quit his job and spend the rest of his days sitting silently in contemplation of his own failure at basic logic.

Josh Barro of Business Insider, while denying that he's interested in creating a "boys-club," argues that workplaces should have "more formal office cultures, and clearer separations between the personal and the professional" and to deemphasize "after-hours socializing as a means of career advancement."

It's worth pointing out that Weinstein seems to have easily exploited the expectation of formal business meetings as well, by initially setting up meetings with women who thought they were going to be in public at breakfast and then shifting the setting to his hotel room at the last minute. As Barro admits, men get to set the standards, which means that men who want to harass will find a way to do so, even if other men maintain more "formal" standards.

But the larger problem here is that having more formal workplaces doesn't actually stop after-hours socializing. People always have and always will make friends through work. The work-related happy hours to which women are invited will simply be replaced with informal happy hours among friends you made at work — which makes it even easier for men to exclude women while forming those bonds that help them get opportunities and promotions.