The late-night comedian said sexism is not a partisan issue, and men must speak against a longstanding culture 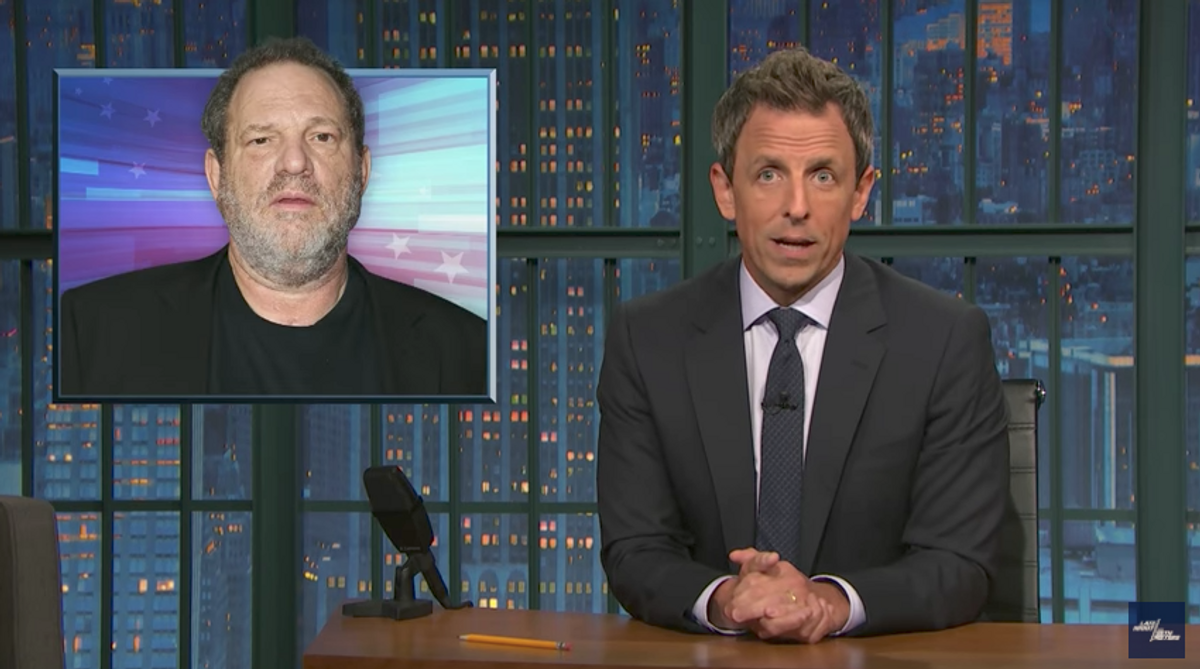 Comedian Seth Meyers railed against the longstanding culture of sexism, misogyny and "male entitlement" in America. Whether it's the news industry, Hollywood or even the White House, Meyers said it can't be treated as a partisan issue and men should "address their complicity in the system that allows these things to happen."

The late-night comedian began his segment by bashing President Donald Trump and pointed out that he built his political career "almost entirely on bullying."

"His campaign and now his presidency have been, in many ways, a performance of dominance. A performance that is in many cases been explicitly misogynist," Meyers said. The late-night comedian pointed towards Trump's ongoing attacks against Puerto Rican mayor Carmen Yulín Cruz.

When women came forward about allegedly being sexually harassed by Trump, he brazenly dismissed them as "liars" last October and also said he would sue them after the election ended.

"As we know, Donald Trump keeps all his promises," Meyers said. "So those women were sued and found guilty at a trial held right next to the finished Mexican border wall on the same day Obamacare was repealed."

Like the president, Meyers explained that Weinstein pledged to fight back against the accusations against him and has downplayed the severity of his alleged behavior. A lawyer for Weinstein described him as just "an old dinosaur learning new ways."

He added, "If you're a dinosaur then this is your ice age, buddy, and unlike real dinosaurs, no one is ever going to try to bring back Harvey Weinstein."