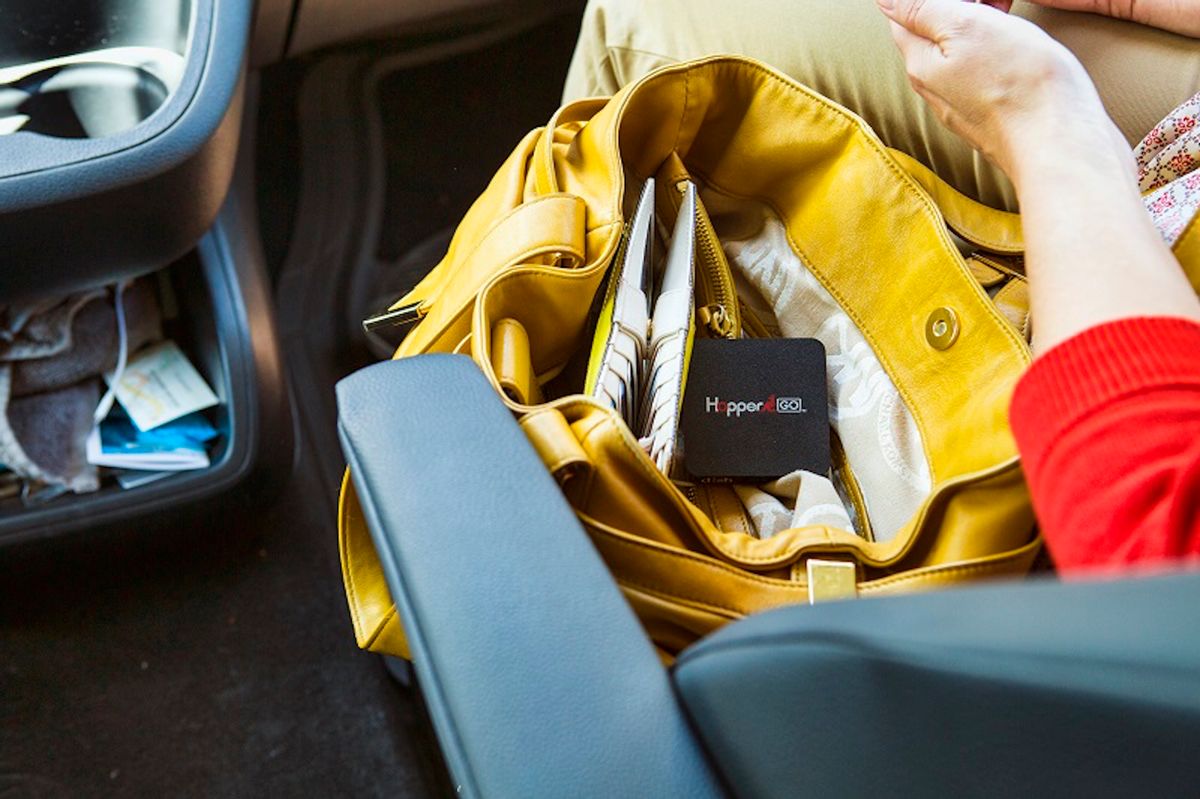 It’s great being incommunicado, but going offline doesn’t mean you have to leave behind the things you truly enjoy. Most of us will gladly set up that out-of-office reply, swap Google Maps for real maps, and send postcards instead of instant messages. But the whole point of straying off the beaten path is to limit distractions and free you up for the things you really love —  like friends, family, and, after a long day exploring the local sights, some well-earned downtime in the form of really good TV.

Obviously, no one is going to drag a heavy DVR box with them on vacation. But now you won’t need to: Introducing the world’s first “off-the-grid” DVR, yours for just $99.

The HopperGO® from DISH was first touted as a one-of-a-kind pocket DVR. A sleek black box about half the size of your smartphone, it runs on its own rechargeable power source and holds approximately 100 hours of TV. Just fire it up and watch the magic happen: the HopperGO creates its own Wi-Fi network, allowing you to stream shows on up to 5 devices at the same time, including phones, laptops, and your little one’s Kindle Fire.

One of the best things about going away is the opportunity to do nothing. But what do you do while you’re doing nothing? Testing the HopperGO on a recent family vacation, the benefit was instantly clear: we’d never be bored again, whether on a long road trip, long-haul flight, or simply waiting for the rain to clear. Loading the device up was relatively straightforward: just connect the USB cable from the HopperGO to your DISH DVR. The on-screen menu was intuitive enough, and we were able to transfer an HD movie in under 2 minutes. It’s great for parents — you can stock ample shows for each kid and adult, as different shows can be streamed on multiple devices simultaneously. Best of all, while many video streaming services restrict you to domestic-only use, the HopperGO can work anywhere in the world. And with a price tag of just $99, what’s not to love?